Election periods are critical for any democracy although often a challenging time in East and Horn of Africa sub-region, particularly for human rights defenders (HRDs). Last month, Tanzania held its general elections on 28 October amid a climate of fear and harassment that saw the re-election of President John Magufuli with 84 percent. Since 2015, we have documented the steady decline of the country into a state of repression, heightened during the COVID-19 pandemic. Leading up to the elections, we saw an unfavourable environment for public participation and free engagement in the political process. HRDs including journalists were gagged, opposition members and independent civil society targeted. I fully agree with UN High Commissioner for Human Rights Michelle Bachelet’s strong warning that “further erosion of human rights could risk grave consequences, and I encourage immediate and sustained preventive action.” We will continue to monitor and document Tanzania’s human rights situation and stand in solidarity with Tanzanian civil society organisations.

Additionally, Uganda’s upcoming general elections scheduled for January 2021 have been characterised by pre-election violence this past month. After incidents of police violence against protesters and opposition supporters, we stand with the many voices calling to #EndPoliceBrutalityinUganda – a call gaining traction across the entire continent, since Nigeria’s #EndSARS protests.

Away from elections and its impact on HRDs, we advocated for an unprecedented number of resolutions – four – at the 45th session of the UN Human Rights Council, which concluded on 7 October. Three country-specific resolutions (Burundi, Sudan, and Somalia) and one thematic resolution (on prevention of human rights violations) were adopted. Read my reflections on HRC45 to learn more about this fruitful session. 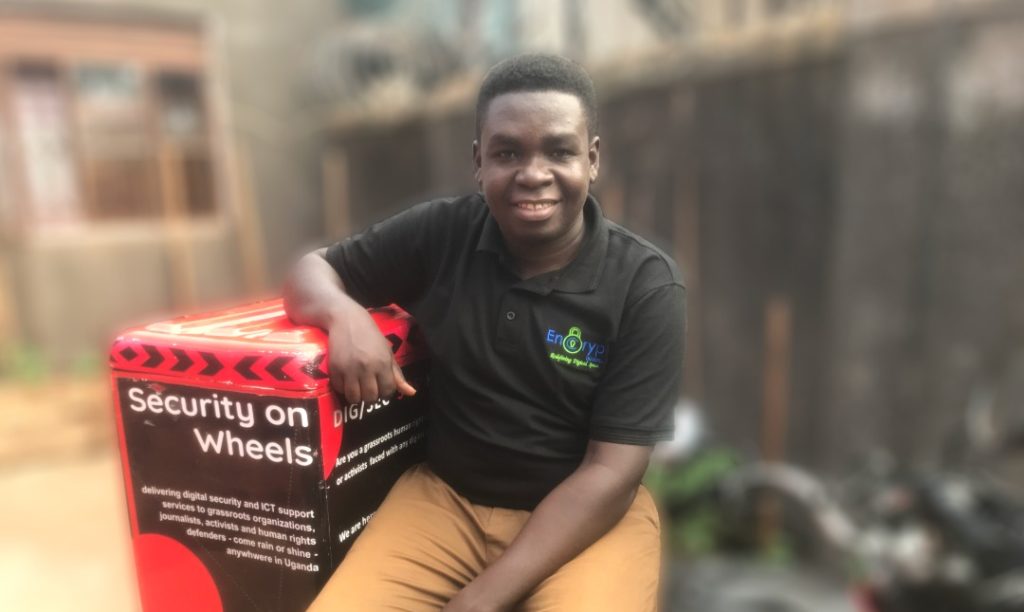 Andrew Gole’s journey to become a human rights defender (HRD) was sparked by a small request: in 2015, a human rights organisation reached out to the trained software engineer about a digital security training. “I didn’t know much about the HRD eco-system or about digital security as an environment on its own,” Andrew says. “So, I did some research, and realised digital security support is just the basic support I used to provide in an internet café.” From there on, he started working with various civil society organisations and grassroots HRDs. In 2019, Andrew and a group of friends started Encrypt Uganda and the DIG/SEC Initiative, which both work on improving HRDs’ digital safety.

Despite growing up in an environment hostile to certain minorities, especially the LGBTI community, he has always pursued his own anti-discriminatory value system. “It’s very easy for me to work with the community and support them, because I reason differently from most people,” Andrew explains. Rather than focusing on how others are living their lives, he reasons that we should focus on ourselves and be our best version, without judging others. 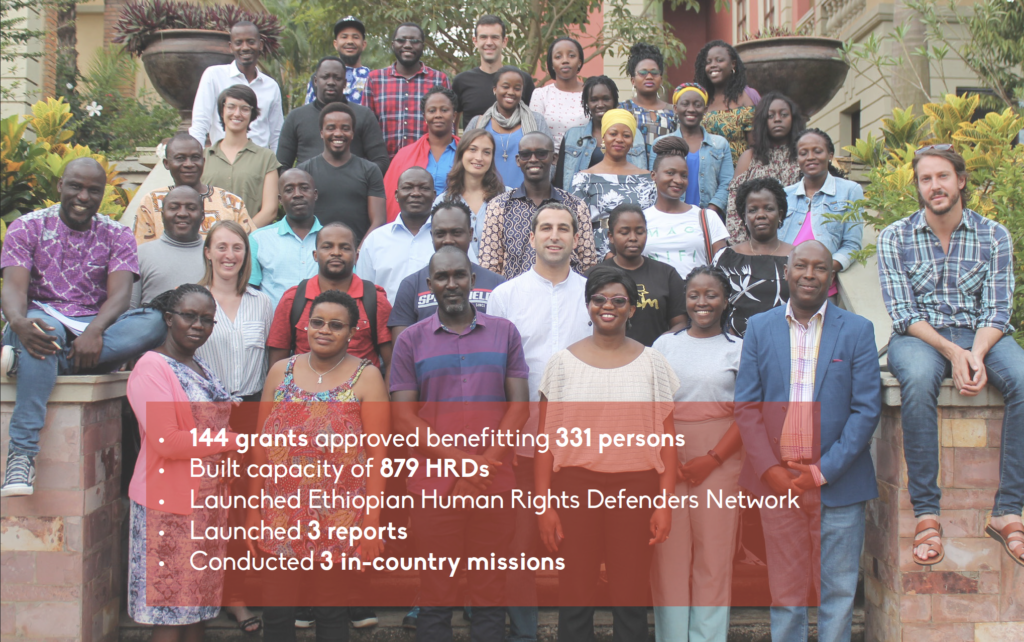