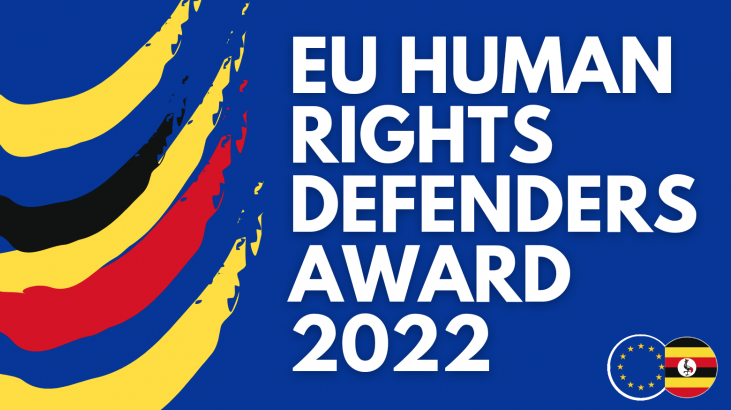 What is the purpose of the award?

The award recognises the achievements of an individual Human Rights Defender who has made an outstanding contribution to the promotion and protection of human rights in Uganda in the past year.

Who can submit nominations?

Individuals or organisations can nominate candidates for the EU HRD Award.  Nominations from human rights organisations active in Uganda are particularly welcome.

What is a human rights defender?

How can I submit a nomination?

Nominations should be sent by e-mail to: [email protected](link sends e-mail)

Nominations should be submitted using this

nomination form 2022.docand should be a maximum of one page in length.

Past winners of the EU HRD Award in Uganda: