Restrictions on opposition politicians have increased in Uganda, with critics increasingly stifled as the government concurrently grapples with allegations of torture against suspects of high profile extra-judicial killings.

In May 2019, the German government withheld USD $106 million in aid funds pledged to Uganda for refugee resettlement. In February, the United Kingdom also halted funding to Uganda following a 2018 United Nations investigation which found that large amounts of money were wrongfully removed from accounts. Uganda’s Minister of State for Relief, Disaster Preparedness and Refugees, Musa Echweru, stated that there will be a thorough investigation to prosecute those responsible.

On 6 May 2019 Ugandan HRD and environmental activist William Leslie Amunzuru was awarded the European Union Human Rights Defender Award for his work as founder of Friends of Zoka, a community-based organisation which aims to end illegal logging activities in the Zoka Forest in Northern Uganda. On 4 March, as part of his campaign, Amunzuru, along with 12 fellow conservationists, lead a 470-kilometre trek from Kampala to the Zoka Forest to highlight the vegetation loss to logging activities and advocate for increased environmental protections and the rehabilitation of forest lands.

On 5 July, Ugandan police reported increased incidences of corruption while carrying out criminal investigations into government officials following a training retreat which sought to address challenges facing police and criminal investigators in the country. Officers agreed that the rate of unsolved and abandoned investigations into crimes committed by government officials is a significant cause of concern. Uganda ranked 149 out of 180 countries in Transparency International’s 2018 Corruption Perception Index.

Civil society organisations in Uganda have filed a case against the governments of Uganda and Rwanda over border restrictions between the two countries. The case against the two governments has been lodged at the East African Court of Justice, arguing that border closures contravene the treaty establishing the East African Community and the regional Community Market Protocol, moreover, plunging border towns and women traders into poverty. Cases at the court can take years to be heard but activists hope the publicity can pressure leaders to resolve the stand-off.

In August 2019, Parliament passed a law abolishing the mandatory death penalty for certain crimes, amending four different laws that had earlier prescribed capital punishment, including the Anti- Terrorism Act. If approved by President Yoweri Museveni, the amendments will restrict the death penalty to the most serious of crimes, and only at the judge’s discretion.

In mid-September, the former inspector general of police Gen. Kale Kayihura and his immediate family members had their U.S. assets frozen amid accusations of serious human rights violations. According to a statement by the US Department of Treasury, Kayihura is accused of being the leader of a police force that has engaged in, or whose members have engaged in, serious human rights abuse against Ugandan citizens, as well as for his involvement in corruption. Opposition leaders and rights activists welcomed the decision.

On 29 April 2019, Kyadondo East MP Robert Kyagulanyi, popularly known as Bobi Wine, was arrested near Mulago roundabout in Kampala as he headed to the police Criminal Investigation Department (CID) headquarters to report to criminal summons. Chaotic scenes of firing of bullets and teargas to violently disperse the crowd that interrupted traffic were all captured on camera.

In September 2019, LGBT+ rights activists in Uganda joined health rights defenders and people living with HIV to demand an end to the country’s HIV criminal laws such as the 2014 HIV/AIDS Prevention and Control Act. At the centre of contention are clauses in the HIV Act that allow mandatory testing and disclosure of people’s HIV status and that criminalise intentional spread of HIV, which they argue adds to stigma and discrimination.

On 18 April 2019, journalists working with Mubende FM Radio were blocked by the Resident District Commissioner (RDC) of Mubende district and police from hosting Dr. Kizza Besigye, the former Forum for Democratic Change (FDC) presidential candidate on a live talk show. A few minutes into the talk show, police officers descended on the station and pulled Besigye out of the studio.

Fred Waninda, the acting Commercial Court Registrar in charge of planning, performance, and development allegedly assaulted Smart 24 journalist Hannington Kisakye in late April for recording him exiting a court where he testified on a land grabbing case. A cell phone video appears to show the alleged assault.

Visual artist Collin Sekajugo received the third annual Human Rights Award at the Human Rights Convention on 11 May 2019 in Kampala. Sekajugo was recognised for his brave creative work that has captured contemporary human rights concerns and illustrates the need for social change.

The Northern Uganda Media Club (NUMEC) has stated that Choice FM journalist Geoffrey Okot was punched in the neck by Aruu County MP Odongo Otto during a football match in June 2019. Journalist Willy Ochwoo claimed that Otto began hitting Okot in the back and neck. Okot has since filed a police report at Gulu central police station but has yet to release an official statement.

On 12 July 2019, journalist and political rights commentator Joseph Kabuleeta was arrested on allegations of offensive communication against the president, allegedly in connection to a social media rant in which he suggested that President Museveni was attempting to create a family political dynasty.

Bukedde Television journalist Godfrey Katongole was admitted to hospital in critical condition on 15 July after allegedly being assaulted by a mob, including other journalists, while covering a demonstration by women activists. In the process, Katongole lost his video camera, phones and bag.

A Ugandan student currently studying in the United States has petitioned Uganda’s High Court over President Yoweri Museveni’s decision to block him from viewing his updates on Twitter, arguing that it amounts to an infringement on his constitutionally protected freedoms. Hillary Innocent Taylor Seguya says the president blocked him on 30 July 2019 and argues this has infringed on his freedom of thought, conscience, and belief guaranteed under Article 29 of Uganda’s constitution. Seguya has also requested a permanent injunction that would stop two other high-ranking officials from blocking him on social media: government spokesperson Ofwono Opondo and senior police officer Asan Kasingye.

In August 2019, the Ugandan government denied damning allegations in a Wall Street Journal investigation that alleged technicians from the Chinese tech Giant Huawei were embedded with national cybersecurity forces to help intercept cell phone data to spy on political opponents.

On 18 September, a Ugandan Court dismissed a criminal libel and offensive communication case against Drone Media journalist Pidson Kareire. The charges related to an article which claimed that Middle East Consultants Limited, a group that arranges controversial domestic labour opportunities for Africans in the Middle East, was extorting money from job seekers. Two managers of the labour export firm in question have been accused of human trafficking.

On 24 April 2019, HRD Annette Nana Namata was allegedly assaulted by a mob of police officers at the Naguru Police headquarters in Kampala where she planned to protest against police brutality and political bias. Aa a result of the assault, her uterus was removed in hospital to prevent bleeding – she has since announced plans to sue the officers responsible.

On 17 May 2019, 10 police officers raided an International Day Against Homophobia and Transphobia (IDAHOT) event at the offices of Chapter Four Uganda, an organisation which promotes the civil and political rights of marginalised and sexual minorities. The officers who demanded the cancellation of the event and locked office doors to ensure nobody could enter, stated that they were working under the authority of Minister of State for Ethics & Integrity Simon Lokodo, who has previously sent police to disrupt the proceedings of 6 other LGBT+ events. Attendees relocated remaining guests to the home of Ugandan LGBT+ activist Claire Byarugaba where they continued with their program and celebrations for the day.

On 27 June 2019, the National Coalition of Human Rights Defenders in Uganda held a press conference condemning the abuses experienced by human rights defenders in the country. The conference commented on issues such as increased surveillance and the stifling of press freedoms and restrictions to freedom of expression often on HRDs. The panel also discussed attacks on HRDs fighting for LGBT+ rights, as well as HRDs working on land rights in communities with extractive industries. 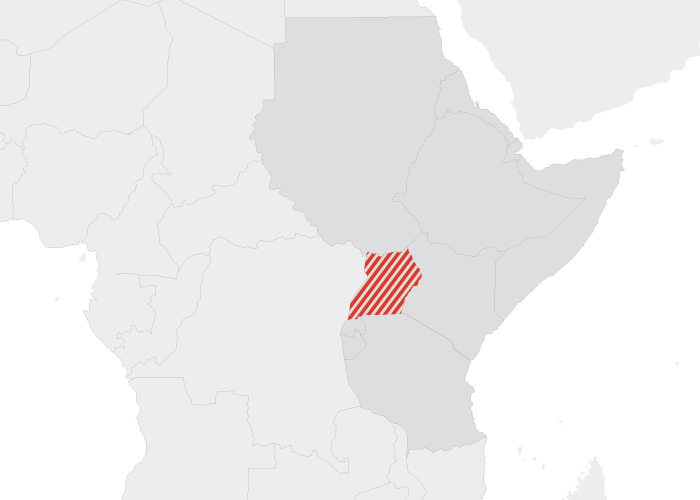 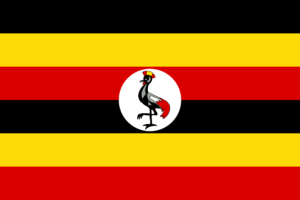 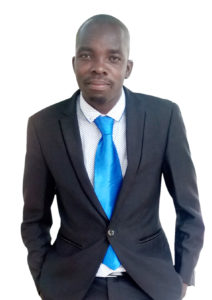 HRDs of the Month

Ocen Ivan Kenneth is a Program Director at Foundation for Development and Relief Africa (FIDRA), with more than 10 years’ experience working in the human rights field. Ivan’s ambitions for change focus on building inner peace, defending human rights and empowering local communities using theatre and storytelling. He creates a space where people from the community share their personal stories of trauma and resilience as well as identify mechanisms of healing.