Eritrea continues to be ruled by one of the most repressive governments in the East and Horn of Africa sub-region, with little to no independent human rights defenders (HRDs) operating freely in the country. Despite a welcome thawing of diplomatic relations in the Horn of Africa, and improved relations with Ethiopia, civil society activists, journalists and other HRDs continue to suffer attacks from state security forces, leading to arrests, arbitrary detentions and torture.

In late May 2019, Eritrea was removed from the US terror blacklist, along with the removal of targeted travel bans and asset freezes against individuals in the government. Eritrea was added to the list of countries the US considers as “not fully co-operating” with anti-terrorism efforts in May 2017, after allegations that the government funded the Al-Shabaab militant group in Somalia.

On 11 June 2019, the Committee to Protect Journalists alongside 29 other civil society organisations sent a letter to the UN Human Rights Council urging them to continue to scrutinise the dire human rights situation in Eritrea. The letter highlighted the urgency to adopt a resolution for Eritrea at the 41st UN Human Rights Council in June-July 2019.

9 July marked the one-year anniversary of the historic peace deal that ended more than 20 years of latent conflict between Eritrea and Ethiopia. Yet, despite positive promise, little has changed and the country remains bogged down by isolationism and high rates of illegal emigration in the face of indefinite national military service tantamount to slavery. On 2 July, UN special rapporteur on the situation of human rights in Eritrea, Daniela Kravetz, reported that human rights had not improved and expressed regret that the peace deal failed to bring widespread abuses and violations to an end. On 4 July, the UN Human Rights Council (HRC) voted to extend Kravetz’s mandate for another year, and called on the Office of the High Commissioner for Human Rights to present an oral update on Eritrea in March 2020. No African country on the HRC voted for the mandate renewal – eight countries abstained while Eritrea and four others actively voted against it. No Special Rapporteur has been allowed to visit the country since the mandate began in 2012.

A damning report issued by Human Rights Watch in August 2019 found that many Eritreans have spent their entire working lives at the service of the government in either a military or civilian capacity, which has had visible and lasting impact on the rights, freedom, and lives of Eritreans.

Security forces continue to carry out raids in private homes where devotees of unrecognised religions, especially Pentecostal Christians, meet for community prayer. It was reported that as many as 30 believers were detained in early June 2019 in the capital Asmara. The Eritrean authorities continue to demand full control of all the Church-run organisations and initiatives in the country, such as private schools, medical clinics, and orphanages.

In mid-June 2019, the Eritrean government dismantled 22 Catholic health centres and clinics allegedly in response to the church’s criticism of President Isaias Afwerki’s rule. Catholic nuns were allegedly evicted from the hospitals and stopped from taking any equipment with them. Eritrean Catholic bishops had expressed the need for political reforms in the country, which does not have a constitution and has never held a national election.

In early September 2019, seven secondary schools run by religious groups were seized by the government, who said that the seizures are in line with regulations they introduced in 1995, which restrict the activities of religious institutions.

Eritrea has continued to suppress public opinion, ensuring that the only standing media outlet is state-owned. The Eritrean government has not shown any progress with regard to press freedom since it shut down the independent press and arrested journalists in September 2001, hence the country’s 2019 World Press Freedom Index rank of 178 out of 180 – making it the most restricted country concerning press freedom in all of Africa.

On the 18th anniversary of their arrest in September 2019, Amnesty International called for the immediate release of 28 Eritrean prisoners who have never been charged or heard of since. The 11 politicians and 17 journalists were arrested in an infamous 2001 crackdown after criticising President Isaias Afwerki, who has governed since Eritrea became an independent country in 1993. The politicians were arrested for writing an open letter to the president asking him to respect the constitution, which was ratified in 1997 but never implemented – and hold elections. 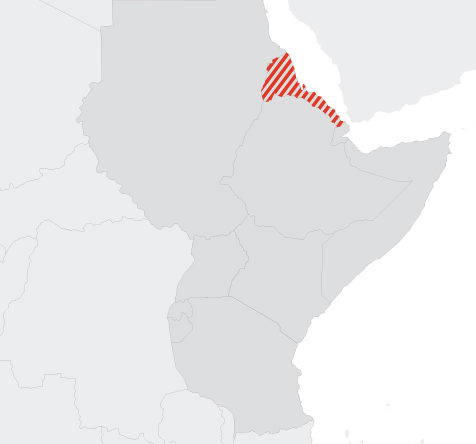 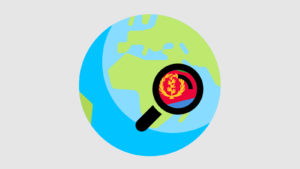 As human rights violations continue with impunity in Eritrea, authorities refuse to cooperate with the UN human rights system, and Eritrean forces are accused of

By adopting a new resolution on Eritrea, the UN Human Rights Coun­cil extends its scrutiny of the country’s human rights situation, a vital move to

Ahead of the 47th session of the UN Human Rights Coun­cil (21 June-15 July 2021), a group of 35 Eritrean, African and international NGOs urge