While considerable progress in establishing conditions for the enjoyment of human rights has been made in Somalia/Somaliland, major challenges remain including terror attacks, insecurity, human rights violations, poverty, and inter-clan conflicts which prevent the proper flourishing of human rights organisations.

The situation in Somalia remains unstable as Al Shabab attempt to infiltrate federal systems while continuing to threaten the safety and security of human rights defenders (HRDs) and civil society. The central government has recently started working to prevent such insurgencies from taking place, such as seen with the prevention of Mukhtar Rubow a former regional leader of al shabab from running for president in the South West state.

However, Member states have recently united under the Council for Cooperation of Federal Member States in Somalia, subsequently forming a political body that could operate parallel to the central administration. This has lead to issues of accountability pertaining to Human Rights abuses, as seen recently with the shifting of blame between the central authority and member states relating to increases in terror activity. Additionally, almost 2.6 million Somali’s remain displaced, with those unable to migrate forced to take up residence in IDP camps for unknowable periods.

The United Nations Assistance Mission in Somalia and the African Union Mission in Somalia continue to be targeted by al shabab who occasionally attack in areas known to be frequented by HRDs. The Sahafi Hotel attack of November 2018 is the most recent instance of terror, leading to the death of over 50 individuals. Women and children remain the most vulnrable as communities continue to be victimized by violence against women, IED attacks, forced recruitment and the recruitment of child soldiers. Attacks on freedom of expression have yet to cease as journalists and HRDs in the region are subjected to arbitrary arrests and torture by central authorities and security forces.

Somaliland has managed in spite of a lack of recognition by international actors to achieve some degree of social stability. However, Somaliland’s economy remains underdeveloped leading to increasing poverty rates. Additionally, the international community has failed to recognize Somaliland as an independent country requiring its own aid. Thus a lack of resources, international assistance and severe drought have lead to increased food scarcity and hunger in the country. HRDs and journalists have reported several accounts arbitrary arrest in 2018 as a crackdown on civil society ensues.

Authorities in Somaliland arrested Mohamed Adan Dirir, editor of the online news service Horseed Media, after he asked a question to Health Minister Saleban Isee at a 24 May 2017 press conference. His question was allegedly critical of the minister’s performance, and implied the minister’s work may have been impaired by alcohol, which is banned in Somaliland. Mohamed was detained without charge for over a week, despite the fact that the Somaliland Constitution requires authorities to charge or release suspects within 48 hours of their arrest.[1]

On 7 June 2017, the Media Association of Puntland issued its first annual report, in which it outlined how media outlets and media practitioners in the semi-autonomous region have been systematically victims of government censorship, intimidation, harassment, and unlawful closure.[2]

On 2 July 2017, journalist and founder of Puntlandone.com, Ahmed Ali Kilwe, was arrested by security forces in Garowe in connection to a 23 June Facebook post in which he criticised the president of Puntland’s use of public funds.[3]According to the Media Association of Puntland, counterterrorism police arrested Ali Kilwe by order of the president for allegedly “posting articles impertinent to the Puntland President.”[4] He was released on 16 July.[5]

On 6 August 2017, Omar Saeed Mohammed, a journalist for the news website Horseed Media and the privately-owned Somali Cable TV channel, was arrested by security forces in Garowe. He was held incommunicado until his bail release on 12 August. The arrest was purportedly linked to a Facebook post Omar wrote on the alleged involvement of the Puntland president in a counterfeit money-printing scam.[6]

Goobjoog Media journalist Omar Ali Hassan Serbiya was arrested on 8 July 2017 at Egal Airport in Hargeisa, Somaliland, after arriving from Mogadishu where he is based. The journalist was held in an undisclosed location, without officially being charged. Somaliland’s Interior Minister Yasin Mohamud said that the arrest was in response to views Omar Ali had expressed on social media that purportedly threatened the “security and stability” of Somaliland.[7] The authorities released him on 11 July.[8]

On 6 July 2017, the Hargeisa Regional Court suspended five websites: (1) karinnews.com, (2) baraarugnews.com, (3) saylactoday.com, (4) haleelews.com, and (5) suradnews.com. According to the order, the Criminal Investigation Department and Hargeisa Regional Office of the Attorney General requested the suspension of the websites for publishing “false news against the clans that live together in the Republic of Somaliland [and] propaganda against the officials of the State of the Republic of Somaliland.” The suspended websites were neither informed of the charges nor given the opportunity to defend themselves.[9]

On 10 September 2017, a suicide bomber attacked a café in Beldweyne where members of the press often gather, killing Somali broadcast journalist Abdullahi Osman Moalim, working for Radio Codka Hiiraan and the state-owned broadcaster Jubbaland TV. Abdullahi and a group of other journalists were waiting in the café for a press briefing that was due to take place nearby. Two other journalists with Radio Codka Hiiraan were injured in the attack, and Abdi Shakur Mohamed Hassan, who works for Star FM Radio and Saab TV, and Abdulkadir Omar Ibrah, a correspondent for RTN TV and Simba Radio, sustained minor injuries and were later discharged from the hospital.[10]

Mohamed Adan Dirir, the editor of Horseed News and owner of the news website Saylactoday was arrested while covering a press conference at the Ministry of Education in Hargeisa on 16 September 2017. According to court documents, Mohamed was accused of false news and instigating the public to disobey the law. Mohamed’s arrest is allegedly linked to a series of online articles in which he allegedly accused a consortium of private schools of mismanagement and misconduct.[11]

The African Union Mission in Somalia (AMISOM) handed back the main campus of Somalia’s National University in Mogadishu to the central government on 12 July 2017. The campus has been used as a base by AMISOM for 10 years, starting off as a small Forward Operating Base, and later developing into a battalion headquarters to coordinate operations against Al Shabaab in the capital.[13] 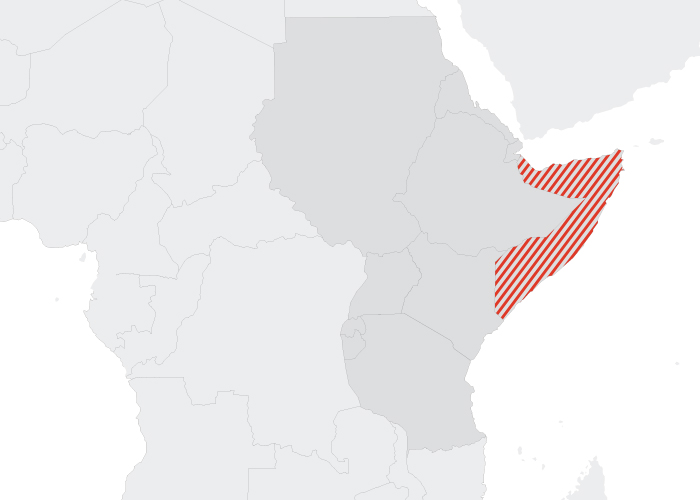 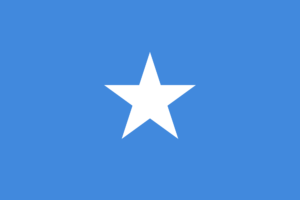 Amid ongoing political uncertainty in Somalia, the inter­na­tio­nal community should use a United Nations (UN) review of the country’s hu­man rights record to send a 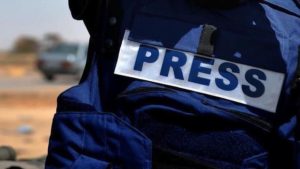 In a submission released ahead of the third Universal Periodic Review (UPR) of Somalia, which will be held at the UN Human Rights Council on 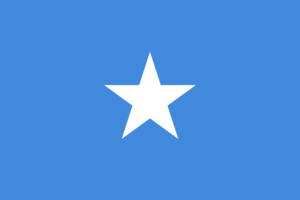 The international community maintains its support to, and scrutiny of, Somalia

Through a resolution adopted at the close of the 45th ses­sion of the UN Hu­man Rights Council (HRC), the international community signalled its willingness to