A 2015 referendum changed the constitution and allowed Kagame to run for additional terms. In 2020, President Paul Kagame and the ruling Rwandan Patriotic Front (RPF) continue to exert control over the political landscape in Rwanda, and to crack down on human rights defenders (HRDs) and political opponents.

While observers maintain the election was free and fair, concerns remain over the disqualification and intimidation of several independent candidates. A report by Amnesty International released on 7 July 2017 documented how opposition politicians, journalists and HRDs have faced restrictions on their rights to freedom of expression, association, and peaceful assembly in the two decades since the genocide. Partner organisations in the country report than Rwandan civil society and media have been largely silent on many irregularity of the presidential elections campaign.

On 21 June, the Ministry of Justice announced that the Rwandan government has so far achieved over 80 percent of the Universal Periodic Review (UPR) recommendations on human rights which were adopted in 2015. Held after every four years, the UPR assesses state performance on human rights, including civil, political, economic, social and cultural rights of all UN member states. Rwanda is up for the next review in 2020 and, according to the Ministry of Justice, 42 out of the 50 recommendations have been implemented thus far.

During a 26 June 2019 interview with France 24 and the European Union’s development commissioner, President Paul Kagame dismissed allegations against Rwanda’s human rights record in regard to an European Union report, calling the report “ridiculous” and “rubbish.”

On 12 May 2017, the body of Jean Damascene Habarugira, a member of the United Democratic Forces party (FDU-Inkingi), was found 60 kilometres from where he had disappeared three days earlier.[1] According to the FDU-Inkingi, Habarugira was assassinated because of his opposition to the government’s agricultural planning policy in his home area of Ngoma, in the east of the country.[2]

On 27 June 2017, the National Election Council announced that three independent presidential candidates, Diane Shima Rwigara, Fred Barafinda Sekikubo, and Gilbert Mwenedata, failed to garner 600 signatures (with a minimum of 12 from each of the 30 districts in Rwanda), disqualifying them from running in the presidential election.[3]

Other candidates reported harassment during their campaigns. Frank Habineza of Rwanda’s Green party was verbally harassed with phone calls mocking his attempt to run against Kagame.[4] Independent candidate and former journalist, Phillipe Mpayimana, alleged that several lists of signatures he had collected were stolen in Rusizi and Kamonyi districts.[5]

Rwigara alleged that local leaders targeted her supporters with intimidation and threats while collecting signatures. She also told reporters that up to 10 of her representatives had been arrested and threatened with “treason charges” but later released with no charge.[6] On 31 August 2017, Rwigara and some of her family members were reported missing, after police indicated that she was being investigated for alleged forgery and tax evasion. Although the police first denied having taken them into custody, the police confirmed on 4 September that Rwigara, her mother and sister were arrested on tax evasion charges, and that Rwigara was facing additional charges of forgery of signatures in the supporting documents she submitted in order to run as a presidential candidate. The trio was again arrested on 22 September, and Rwigara now faces more serious charges that include treason, inciting revolt, and revealing sensitive information.[7] All three have been denied bail while the trial is ongoing.

Several members of unregistered opposition parties and other political opponents have been threatened, arrested, or forcibly disappeared since August 2017.[8] Seven members of the FDU Inkingi including Vice-President Boniface Twagirimana and others leaders of the party like Leonille Gasengayire, Fabien Twagirayezu, Nsabiyaremye Gratien, and Theophile Ntirutwa were arrested on 6 September. Jean Marie Vianney Kayumba Vice-Chairman of PDP-Imamzi was also arrested on the same day.[9]

In May 2017, the National Electoral Commission introduced a mandatory vetting process for social media messages posted by candidates in the presidential election that would require all candidates to seek prior approval before posting messages online. On 31 May, however, the Rwanda Utilities Regulatory Authority dismissed the process after receiving widespread criticism from within the country as well as from the US, UK and the EU. [10] 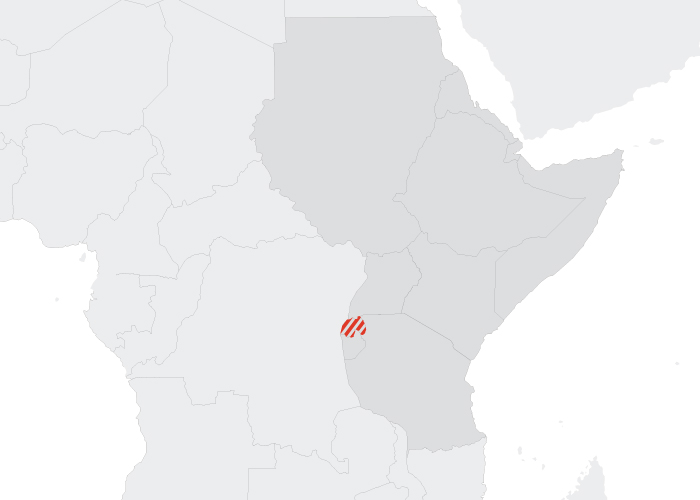 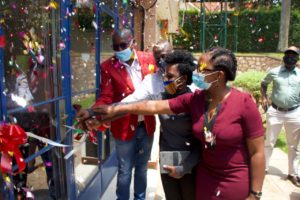 Today, Floribert Chebeya Resource Centre re-opens its doors after being closed for 12 months due to the COVID-19 pandemic. The centre offers a safe space for human rights defenders (HRDs) exiled in Uganda 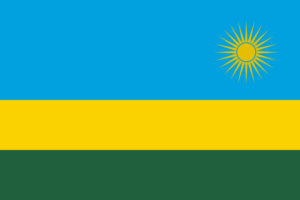 A United Nations review of Rwanda’s human rights record is an opportunity to shed light on civic space restrictions in the country, DefendDefenders and CIVICUS

In a joint report prepared ahead of the UN Human Rights Council’s review of Rwanda in the framework of the Universal Periodic Review (UPR), DefendDefenders and