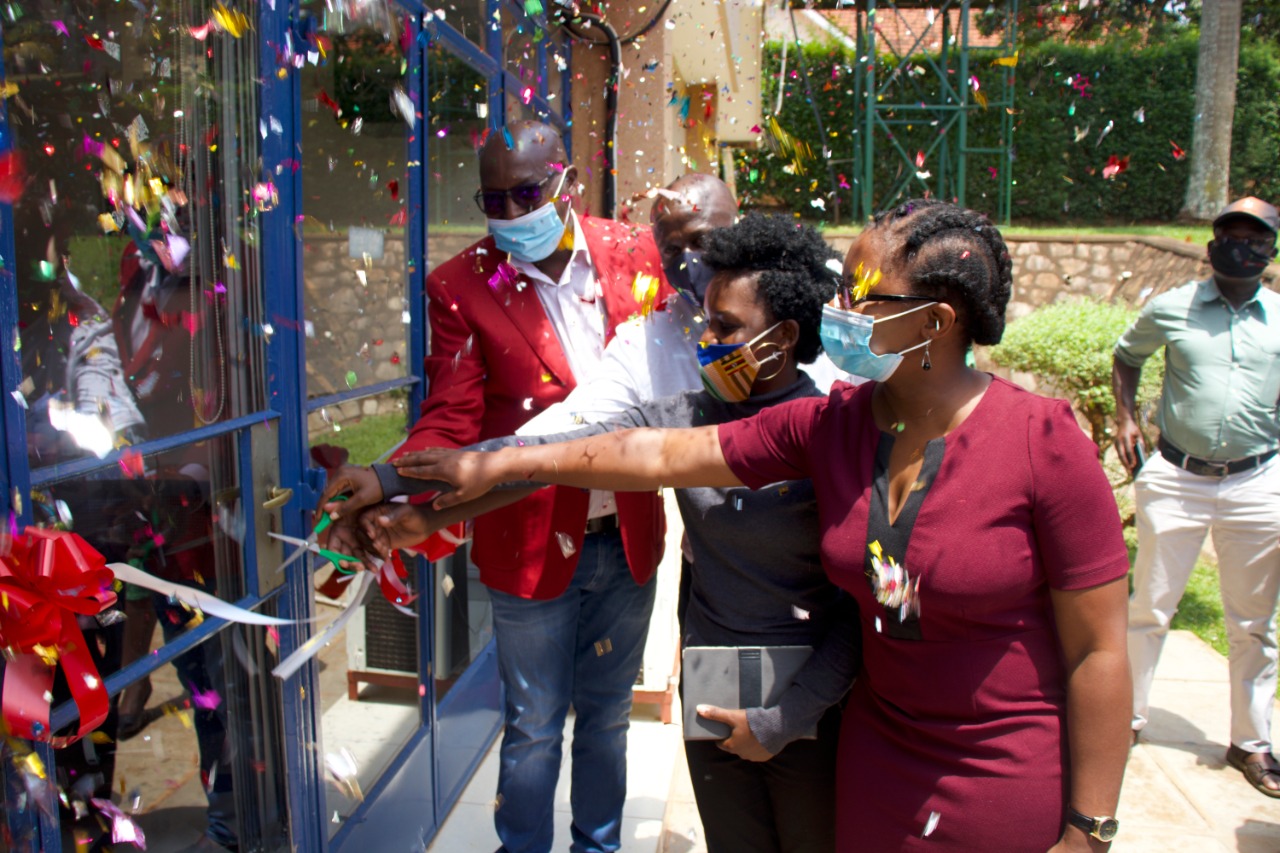 Today, Floribert Chebeya Resource Centre re-opens its doors after being closed for 12 months due to the COVID-19 pandemic. The centre offers a safe space for human rights defenders (HRDs) exiled in Uganda to access resources and network. Additionally, the working group of exiled HRDs in Uganda launched its action plan for 2021 seeking to strengthen the resilience of its members.

“DefendDefenders’ team will always be available to provide the necessary support to ensure you become more productive as you implement the action plan designed by the entire community of exiled HRDs” said Hassan Shire, Executive Director DefendDefenders. 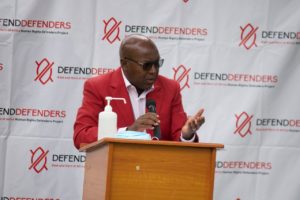 “I regularly come to the resource centre when I need ICT support or a stable internet connection. I have learned a lot through meeting other exiled HRDs from across the continent. Having access to hard copies of DefendDefenders’ reports is a great resource and serves as inspiration for my own organisation, which supports Sudanese refugee women in Uganda,” says Elrudia Abdalla Hussein, an exiled Sudanese HRD.

The Floribert Chebeya Resource Centre was launched in June 2010 to provide a safe space and resources to exiled HRDs in Uganda. It is used to access the internet and ICT support plus serves as a library. It is a safe space, where exiled HRDs share coping mechanisms for integration challenges, and strategies to effectively promote and protect human rights while in exile. The resource centre also provides secretarial services free of charge and can offers guidance for research projects. Additionally, it provides daily national and international newspapers, so HRDs can stay informed on international affairs impacting the global human rights environment.

Floribert Chebeya Bahizire was a prominent Congolese human rights defender and Executive Director of La Voix des Sans Voix in Democratic Republic of Congo (DRC). He was found dead on 2 June 2010, a day after  meeting with the Inspector General of Police. The resource centre was named after Floribert Chebeya to honour his exceptional courage, achievements, and determination to ensure human rights are respected and protected in DRC.

In June 2019, exiled HRDs from Burundi, DRC, Eritrea, Rwanda, Somalia, South Sudan, and Sudan formed a working group for exiled HRDs in Uganda, facilitated by DefendDefenders. The working group’s aim is to achieve sustainable protection and rights for HRDs in exile, as well as foster a conducive environment for their continued human rights work. The working group was established after the first annual protection stakeholders convening held in September 2018. The convening brought together protection stakeholders such as the United Nations High Commissioner for Refugees (UNHCR), the Office of the Prime Minster Department of Refugees (OPM-DOR), International Refugee Rights Initiative (IRRI), Refugee Law Project (RLP), the National Coalition of Human Rights Defenders-Uganda (NCHRD-U) and Human Rights Center Uganda (HRCU), offering a networking opportunity for the exiled HRDs.

In December 2020, a new coordination team was formed to plan a two-year projection of actions to be implemented in the areas of advocacy, protection, capacity building, and economic empowerment. The projected actions will strengthen the resilience of HRDs exiled in Uganda and equally improve their scope of contribution to the human rights agenda in their countries of origin.