Despite progressive human rights developments in Ethiopia, the country faces increased uncertainty with rising ethnic tensions, security breakdowns and a highly publicised regional coup attempt only a year after a new Prime Minister promised radical reforms in a country beset by years of demonstrations and frustrations.

In April 2018, amid internal pressure, a new Prime Minister, Dr. Abiy Ahmed, was appointed by the ruling coalition and began a series of reforms aimed at opening political and civic space in the country. This has been accomplished by releasing thousands of political prisoners and granting them amnesty, and accepting previously banned groups back into the Ethiopian political mainstream, in addition to the appointment of several prominent women to positions of power within the government. However, concerns remain over the top-down nature of the reforms, as well as gaps in the economic, security, health, and legal sectors. This report also contains a detailed analysis of the new Civil Society Organisations (CSO) Proclamation, with commentary on the provisions that mark an improvement, as well as remaining concerns.

While the majority of the country’s media remains state-owned, small publications and online outlets have flourished since the reform process began. While the ongoing liberalisation of the media sector is a welcome change, concerns remain over the rise of online hate speech spurred by ethnic nationalism. The opening of media space allows for potential collaboration between media organisations and CSOs on community-focused human rights sensitisation.

Women human rights defenders (WHRDs) remain at risk in the country, with rigid social norms often preventing their active participation in public life or human rights organisations. Women also often lack access to justice, especially in cases of female genital mutilation (FGM) and sexual and gender-based violence (SGBV), as well as access to positions of power in the government, despite some recent prominent female appointments at the federal level.

On 16 May 2017, Ethiopian opposition politician Yonatan Tesfaye was found guilty of encouraging terrorism for comments he made on Facebook. The former senior official in the opposition Semayawi party, was arbitrarily arrested in December 2015 for comments he posted on Facebook, in which he criticised the government’s response to protests in the Oromia region. The authorities objected to several posts including one in which he said the government used “force against the people instead of peaceful discussion.”[1] He was sentenced to six years and three months in prison.

On 24 May 2017, the Ethiopian Federal High Court’s convicted Getachew Shiferaw, editor of the news website NegereEthiopia, on charges of inciting subversion. He was originally arrested without charge on 25 December 2015, and his case postponed several times. He was eventually charged under the country’s anti-terrorism law before the charge was reduced to inciting others to obstruct an official from performing his constitutional duties. It was alleged that Getachew, in an exchange of private messages on Facebook, told journalist and activist Abebe Gellaw that it would be a “good alternate method of struggle” for Gellaw to intervene publicly against former Ethiopian Prime Minister Meles Zenawi. Getachew denies the communication took place, and will appeal the verdict. The editor faces a maximum sentence of ten years in prison.[2]

From 30 May to 8 June 2017, the Internet was shut down in Ethiopia during the exam period for students. Authorities said that the digital blackout was to prevent a repeat of an incident in 2016 when activists leaked an official exam online and called for the postponement of the exams due to a school being shut down in Oromia. Selective access to the Internet, however, was available for diplomatic missions, international institutions, and banks. The government has blocked Internet access on three occasions since November 2015.[3]

Ethiopian authorities also continued to crack down on artists perceived as critical of the regime. In June 2017, seven producers and artists of a music video on YouTube were charged with terrorism for producing “inciting” audio-visual materials and “uploading them on YouTube.” Group members, predominantly of Oromo ethnicity, were arrested in December 2016 and held in detention without charges until June. Among those arrested were singer Seenaa Solomon, Elias Kiflu, Gemechis Abera, Oliyad Bekele, Ifa Gemechu, Tamiru Keneni and Moebol Misganu.[4] Similarly, on 4 September 2017, authorities blocked pop singer Tewodros Kassahun, popularly known as Teddy Afro, from launching his acclaimed album ‘Ethiopia.’ The artist’s historically and politically conscious music has previously drawn the ire of the government.[5]

On 17 July 2017, the Ethiopian Human Rights Project announced on Twitter that a court has granted bail at 50,000 Ethiopian Birr ($1,844 USD) for journalist Elias Gebru, who had been detained since 18 November 2016 and held without official charge or due process.[6]

According to classified documents leaked by U.S. whistleblower Edward Snowden and published on 13 September 2017 by The Intercept, since 9/11 the U.S. National Security Agency (NSA) has expanded a clandestine network of eavesdropping outposts with the Ethiopian government, designed to listen in on the communications of Ethiopians and their neighbours across the Horn of Africa in the name of counterterrorism. In exchange for local knowledge and an advantageous location, the NSA provided Ethiopian authorities with technology and training integral to electronic surveillance, which were then used to commit human rights abuses in the region.[7]

On 18 April 2017, Ethiopia’s state-affiliated Human Rights Commission (EHRC) confirmed in its second oral update that 669 people died, including 63 policemen, in the wave of anti-government protests that began in November 2015 in the Oromia and Amhara regions. They insisted that police used “proportionate force” in most areas during the unrest, and blamed much of the violence on opposition groups.[8] International civil society groups insist the number of dead is much higher, and question the EHRC methodology, which has yet to be made public. On 18 May, the European Parliament passed a resolution calling for a United Nations-led independent investigation into the killing of protesters.[9] This followed a 4 May 2017 declaration in which UN High Commissioner for Human Rights Zeid Ra’ad Al Hussein called for his team to be able to independently investigate affected regions of the country, which were previously denied.[10]

A tax increase for “Category C” taxpayers, which includes small and medium businesses with an annual turnover of up to 100,000 Ethiopian Birr ($3,688 USD), led to protests and strikes across the Oromia region in late July 2017, despite the country’s State of Emergency ban on assemblies.[11] Businesses in parts of the wider Oromia region as well as in Addis Ababa closed their doors in protest over the tax increase. Protesters reportedly attacked two government-owned vehicles in Ambo city on 13 July 2017. Reports indicated that police also dispersed a youth-organised protest in Kofele.[12]

On 12 September 2017, 18 people died and thousands fled deadly protests in eastern towns of Ethiopia. The protests came after weeks of tension and clashes on the border of the Oromo and Somali regions. Activists accused a special police unit from the neighbouring Somali region, known as Liyu police, of killings and human rights violations. The government has blamed the clashes on an ongoing border dispute between the Oromo and their neighbours in the Somali region of Ethiopia.[13]

[1]           Amnesty International, “Ethiopia: Terroism Verdict for Facebook Posts is a Shameful Affront to Freedom of Expression,” 16 May 2017, https://www.amnesty.org/en/press-releases/2017/05/ethiopia-terrorism-verdict-for-facebook-posts-is-a-shameful-affront-to-freedom-of-expression/#, Accessed 26 September 2017.

[7]     The Intercept, “How the US built a secret surveillance network for Ethiopia,” https://theintercept.com/2017/09/13/nsa-ethiopia-surveillance-human-rights/, Accessed 27 September 2017. 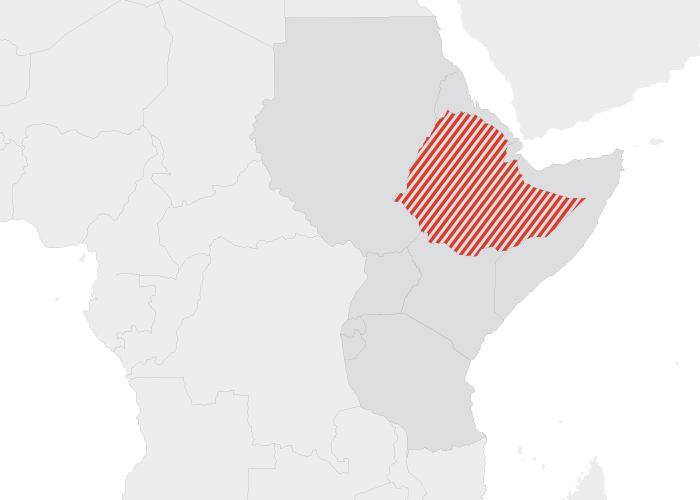 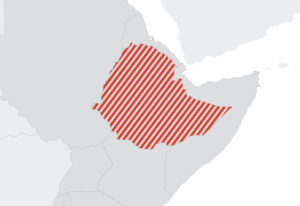 The UN Human Rights Council took an important step to address the human rights dimensions of the conflict in Ethiopia by establishing an independent investigation. 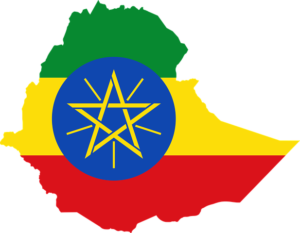 We, the undersigned human rights non-governmental organizations (NGOs), strongly urge the UN Human Rights Council (HRC) to hold a special session on the ongoing human rights crisis in Ethiopia and to establish a robust investigative mechanism in that context. 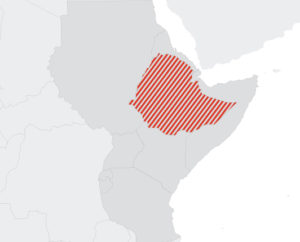 By adopting a resolution on the situation in Ethiopia’s Tigray region, the UN Hu­man Rights Coun­cil takes a first step towards long-overdue international action to