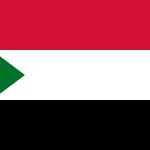 RE: Addressing the situation of human rights in Sudan at the 21st session of the UN Human Rights Council

RE: Addressing the situation of human rights in Sudan at the 21st session of the UN Human Rights Council

Excellency,
The undersigned organizations are writing to urge your delegation to ensure that serious and widespread human rights violations committed in Sudan are appropriately addressed by the UN Human Rights Council (HRC) during its current 21st session. One year after the independence of South Sudan, the human rights and humanitarian situation in Sudan has deteriorated. Recent months have seen a widespread crackdown against dissenting voices, opposition groups and protesters. This has included mass arbitrary detentions and
torture, pre and post print censorship of media outlets, and harassment of human rights defenders and journalists. The situation for civilians in the conflict areas of Southern Kordofan, Blue Nile and Darfur remains precarious. Despite positive initiatives towards the establishment of a human rights commission, the policies and practices of the Government fall short of demonstrating a genuine will to address these challenges. The UN Human Rights Council should send a clear message that these abuses must stop.

We are concerned that under his current mandate, the Independent Expert has not been granted access to Darfur and has not been able to independently verify allegations of grave human rights violations in the country. As he noted in his report to the Council, “the identification of human rights concerns is necessary to enable the Independent Expert to make an appropriate assessment of the technical assistance and capacity building needs required for the effective fulfillment of his mandate.”

Against this backdrop, we call on your Government to support the full engagement of the HRC in monitoring human rights abuses in Sudan. Monitoring the situation is both necessary to enable the mandateholder to assess the need for assistance and essential to follow up on the results of the efforts undertaken, and the change on the field.

We therefore believe that the Human Rights Council should renew the special procedure mandate on Sudan under its agenda item 4 to monitor the situation of human rights in Sudan. The Council should:

Conflict in Southern Kordofan and Blue Nile
In Southern Kordofan and Blue Nile states, SPLMNorth and Sudanese forces continue to engage in armed clashes, and the Sudanese armed forces continue its bombing campaigns. Serious violations of international humanitarian and human rights law are committed in both states, including these indiscriminate bombings of civilians by government forces, destruction of grain and water sources that are critical to the survival of the population, arbitrary detentions, and sexual violence against women. Such attacks may amount to war crimes and crimes against humanity, and are creating a humanitarian crisis.

In spite of the request by HRC Resolution 18/16 “to facilitate access for humanitarian assistance,” humanitarian aid groups continue to be restricted from accessing areas outside government controlled towns where civilians are in dire need of food aid. Sudanese civil society and humanitarian groups estimate that more than 100,000 people have fled to refugee camps in South Sudan and Ethiopia and that more than 350,000 people are internally displaced within Southern Kordofan. In July 2012, OCHA underlined that “over 665,000 people are estimated to be either internally displaced or severely affected in the two states”{{1}} . The absence of independent monitoring and adequate access to these areas deprives the international community of information on the ongoing impact of the fighting on the civilian population and their immediate humanitarian needs.

Violence in Darfur
Armed conflict between government and rebel forces and other armed groups continues. Darfur remains heavily militarized and under a state of emergency. Sporadic fighting continues in some parts of Darfur, resulting in new civilian displacement. The government still restricts the movement of the AU/UN peacekeeping mission and NGOs, preventing monitoring in large parts of the region. Although the government and one  rebel group have begun to implement some parts of the Doha Document for Peace in Darfur, such as establishing the Darfur Regional Authority, the government has done little to address human rights violations, including cases of arbitrary arrest and sexual and gender based violence. In August 2012, government forces violently dispersed studentled protests in Nyala, South Darfur, reportedly killing at least twelve protesters, ten of whom under the age of eighteen.{{2}} Excessive force, mass arbitrary detentions, illtreatment and torture have also been used to crackdown on protests.

Repression of dissenting voices and crackdown on protests

Sudan increased its repression of critical voices in the wake of fighting with South Sudan in April and May 2012. Security officials, including the Sudanese National Intelligence and Security Service (NISS), have censored media articles and harassed and threatened journalists and political opposition members. More than 15 journalists have been banned from working during this period, according to journalist groups in Sudan. Under the 2012 National Security Act, the NISS has broad powers to search, seize, arrest, and detain individuals for up to four and a half months without judicial review, in violation of international standards.

In addition, across Sudan the government continued to deploy security forces to violently disperse peaceful protesters. A wave of protests spread throughout Sudan in June to August 2012. The protests were initially staged in response to economic austerity measures but soon transformed into calls for democracy, peace and justice. Hundreds, possibly thousands, were arrested and detained, many for weeks or months without being charged with any criminal offense. Those detained included protesters, members of political opposition parties, human rights defenders and representatives from independent civil society groups. In a relatively new development, many women and representatives from women’s rights groups in Sudan were detained for prolonged periods of time. Detainees were subjected to illtreatment and torture. While the government announced the release of all detainees in August, Sudanese monitors report that dozens of individuals remain in detention on the basis of their real or perceived opposition to the ruling party. These individuals include known members of the SPLM such as Jalila Khamees. A key priority would be for the Independent Expert to monitor and report on these detentions and urge the release of individuals detained because of their real or perceived political views.

Following the secession of South Sudan from Sudan in July 2011, the Sudanese government effectively arbitrarily stripped people of southern ethnic origin of their Sudanese citizenship and pressed them to return to South Sudan regardless of their links to the South. The Independent Expert should monitor the treatment of southerners and ensure that no forced expulsions occur.

NGOs have documented an increase in hostile political rhetoric targeting southerners and non-Muslims after the South’s secession. The rhetoric included statements by Sudanese President Omar alBashir promoting stricter forms of Islamic law, and sermons by Salafist clerics. In April 2012, a conservative imam’s sermon provoked the burning of a church compound in Khartoum and non-Muslim communities have complained of other church demolitions. At the same time, local groups have reported an increase in Shari’a law cases that contravene human rights norms, such as the imposition of sentences to death by stoning and convictions for apostasy. These punishments are cruel and unusual and often discriminatory against women and non-Muslims. Likewise, Sudanese authorities have also continued to apply public order laws in a way that discriminates against women and girls.

Excellency,
As highlighted by the Independent Expert in his report to the Council, a mandate to monitor and verify reports concerning the human rights situation in Sudan will be essential to enable the identification of priority issues for the engagement of the mandate holder. We urge your Government to respond to the needs of victims of human rights violations in Sudan by supporting the strengthening of the current engagement of the Human Rights Council on Sudan and ensure that the mandate established by the Council can appropriately document human rights abuses and report back to the Human Rights Council.