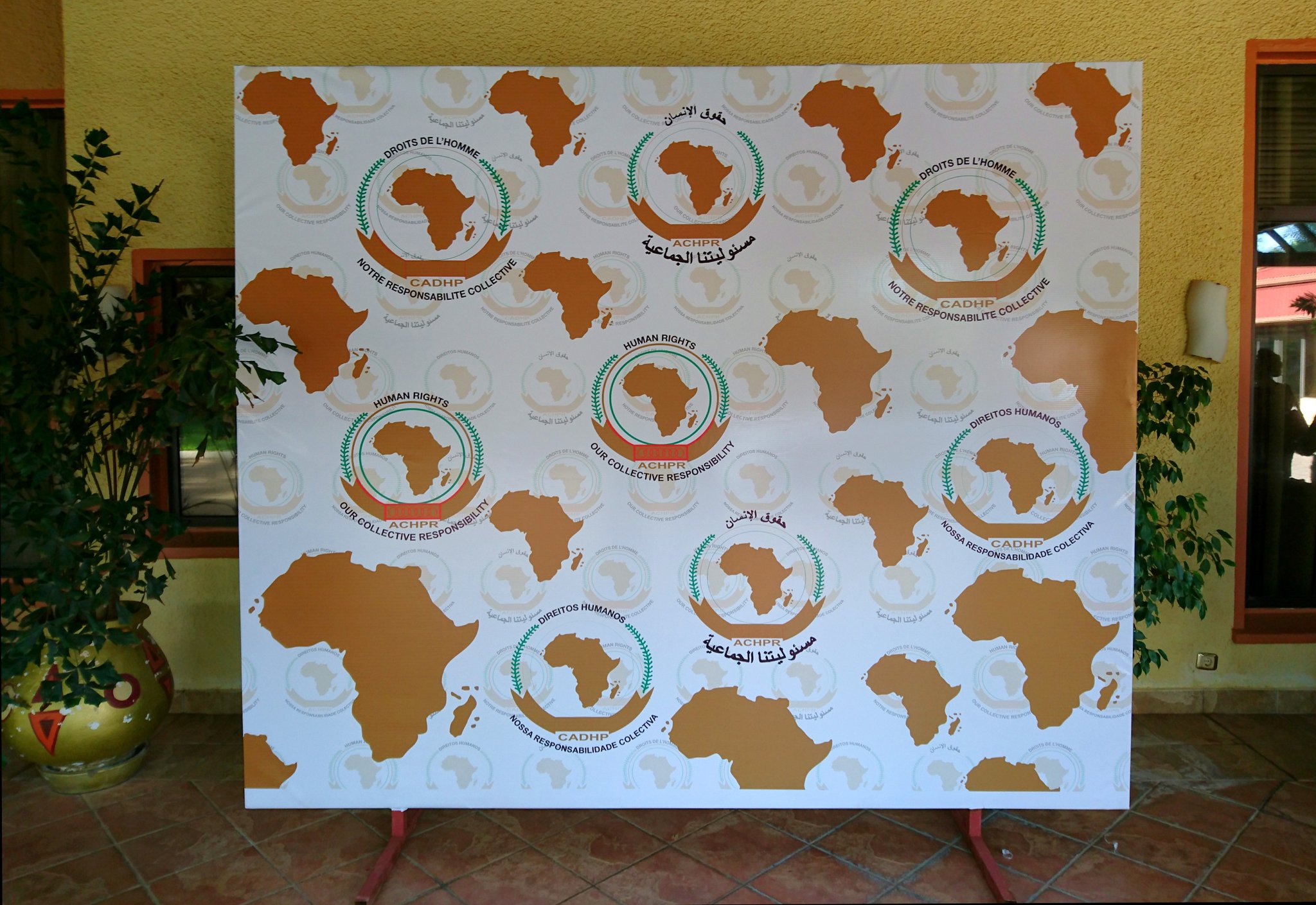 DefendDefenders (The East and Horn of Africa Human Rights Defenders Project) and AfricanDefenders (Pan-African Human Rights Defenders Network), comprising over 20 delegates from across the continent, welcome the opportunity offered by the Com­mis­sion to highlight human rights issues on the continent. In many of the countries that fall within our mandate, violations of civil, political, economic, social, and cultural rights continue to be committed with impunity. Human rights defenders (HRDs) and civic space, including freedoms of expres­sion, peaceful assembly and association, and the rights to non-dis­cri­­mi­na­tion and participation in public affairs, are under attack. Governments act on the assumption that citizens’ legitimate grievances can be stifled, rather than meaningfully addressed. Nonetheless, positive developments should also be noted.

We wel­come the Nobel Committee’s choice to award the 2019 Nobel Peace Prize to H.E. Dr. Abiy Ahmed, Prime Minister of Ethiopia, for his efforts to promote peace and cooperation. Taking advantage of the opened civic space, my delegation visited Addis Ababa in January this year to meet key stakeholders and identify avenues for future cooperation. We welcome the progressive developments and encourage the government to continue implementation of its reform agenda in a transparent and participatory manner. Legal reform efforts including the adoption of a new CSO Procla­mation and the appointment of an independent panel of the National Human Rights Commission in line with the Paris Principles, is highly welcome. The Anti-Terrorism Proclamation should urgently be repealed and replaced with one that is fully compatible with regional and international standards.

As the wave of change continues to sweep across the continent, last week, DefendDefenders conducted its first official mission to Sudan. We met with a range of sta­­ke­holders, including government ministers, diplomats, and members of civil society. HRDs with whom we interacted conveyed to us an overwhelming sense of pride that the Sudanese people reclaimed their space and their rights through peaceful mass protests. The ousting of former President Omar Al-Bashir and his 30-year dictatorial rule, the signing of a power-sharing agreement, and the adoption of a constitutional document paved the way for a transitional, civilian-led government. We ap­plaud these developments and salute the resolve of the Sudanese people, in particular Sudanese women, who have been at the forefront of the revolution. In August 2019, the Sudan Women Protest received the Pan-Africa Human Rights Shield Award from AfricanDefenders.

We encourage the Commission and other human rights actors to continue closely monitoring and re­porting on the human rights situation in Sudan. While political developments and recent human rights progress should be wel­co­med, significant human rights issues need to be addressed. Accountability for past and ongoing vio­la­tions, committed both in Khartoum and in the peripheries, is one of these. There will be no lasting peace, democracy, and development without a central place for human rights, justice, redress, and respect for the rule of law.

Accountability for the 3 June 2019 massacre, will be essential to building resilience and avoiding recur­rence of the vio­la­tions. There should be a thorough inquiry into all violations of international human rights and humanitarian law. International and African involvement is desirable to help Sudan meet standards of investigation and accountability, including up the chain of command.

In Cameroon, the “preventative approach” outlined by the UN High Commissioner for Human Rights and other stakeholders, including this Commission, may be starting to bring about results. We welcome the hol­ding of a National Dialogue and signals sent by the Government that it is ready to cooperate with the international community to settle the Anglophone crisis and bring an end to the grave violations com­mitted in the North-West and South-West regions, both by Government forces and armed sepa­ra­tists.

To be sustainable, any political solution will have to address the human rights grievances of the popu­la­tion, including systemic discrimination and marginalisation of English-speaking Cameroonians. We call on the Commission to maintain close scrutiny of the situation in Cameroon and to follow up on its resolution Res. 395 of 2018, in which the Commission decided to “un­der­take a general human rights pro­motion mission to the Republic of Cameroon, in colla­boration with the government autho­rities.”

We encourage Tanzania to follow a similar path: acknowledge the legitimate concerns expressed by a range of national, regional, and international human rights actors and engage on these concerns, rather than dismiss them. During the last UN Human Rights Council session in September 2019, High Com­mis­sioner Michelle Bachelet reiterated her concerns over developments in Tanzania. Our own concerns continue to mount over a shrinking civic space in the country ahead of key 2020 elections. Civic space has been under attack as a result of an increasingly repressive legal fra­mework, policies, and practices of the govern­ment and other authorities. Among them, an overly restrictive interpretation of the legal framework for peaceful assemblies – transforming a notification regime into a de facto authorisation regime.

We urge the Commission to maintain Burundi on its agenda, especially as it heads towards its 2020 elections. It should pay close attention to the risk factors for atrocity crimes and human rights violations analysed by the UN Commission of Inquiry in its latest report. These factors are a key element of prevention of election violence.

It is vital that the African Commission on Human and Peoples’ Rights remains a strong, proactive, impartial, and transparent actor. As the leading body for the pro­motion and protection of human rights in Africa, it is critical that the Commission continues to urge member states to respect their human rights obligations under the Charter.