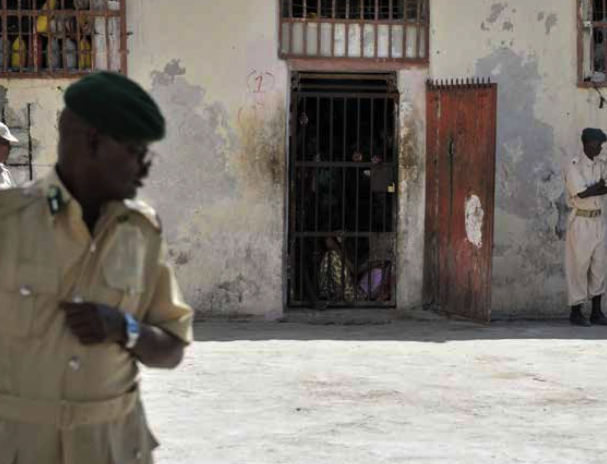 Between a Rock and a Hard Place: Somali human rights defenders and media workers caught in the crossfire

Somali human right defenders, including journalists, face worsening patterns of attacks on their rights to life, security of person, and freedom from arbitrary arrests and detention, says DefendDefenders (East and Horn of Africa Human Rights Defenders Project) in a new report.

“Between a rock and a hard place” – human rights defenders under attack in Somalia and Somaliland details how the Somali authorities have subjected human right defenders to harassment and arrests, placing unacceptable restrictions on the right to freedom of expression.

Meanwhile, non-state actors such as Al Shabaab have threatened activists and carried out a number of killings targeting those exposing human rights violations taking place across the country.

“For far too long, Somali human rights defenders covering the conflict and working in one of the most notoriously dangerous countries the sub-region have been subjected to these horrific attacks,” said Hassan Shire, the Executive Director of DefendDefenders. “It is the duty of the State to protect human rights defenders, and the authorities must act and ensure that swift and thorough investigations are undertaken into these incidents.”

The report, based on over 70 interviews and evidence gathered from Mogadishu, Garowe (Puntland), and Hargeisa (Somaliland), notes a pattern of inadequate criminal investigations into attacks against human rights defenders, which raises serious concerns about the government’s willingness to combat these violations.

“I received threatening messages – I think around 23,” says one human right defender in an illustrative incident of being targeted by Al Shabaab. “At the time my organisation was carrying out advocacy on women’s issues. There were a lot of different activists present and I was very visible. I received messages stating ‘you’re helping westerners,’ ‘we know your name, where you live, where you work.’ I switched my phone off but would receive many more messages.”

While Al Shabaab has claimed responsibility for the majority of the brutal attacks against human rights defenders, the Somali authorities have also cracked down on activists and journalists through judicial and administrative means. Unacceptable restrictions have been placed on the right to freedom of expression, several radio stations have been closed, and numerous journalists arrested. In Somaliland, police officers ordered the closure of an independent newspaper on the basis of articles deemed ‘insulting’ to members of parliament.

In January 2016, Somalia passed a media law that many media practitioners have found to challenge free media principles. Breaches of this law by journalists and media outlets could results in fines between $500 and $3000 – fines that most journalists cannot afford to pay and consider to be disproportionate.

According to Article 25 of the law, courts have the power to order journalists to reveal confidential sources. Without the protection of sources, which is enshrined in international law and regional human rights mechanisms, journalists believe many will be deterred from interacting with the press for fear of retaliation from the government.

The right to freedom of expression is guaranteed under Somalia and Somaliland’s constitutions. Article 9 of the African Charter on Human and Peoples’ Rights, which Somalia is bound by, provides citizens with the right to express and disseminate opinions and views within the law. Meanwhile, Article 21 of the International Covenant on Civil and Political Rights also guarantees the right to freedom of expression and opinion.

“Our message to the authorities today is clear – ensure that thorough and lawful investigations are carried out into all allegations of threats or attacks against human rights defenders and journalists, and that perpetrators are held to account,” said Hassan Shire.