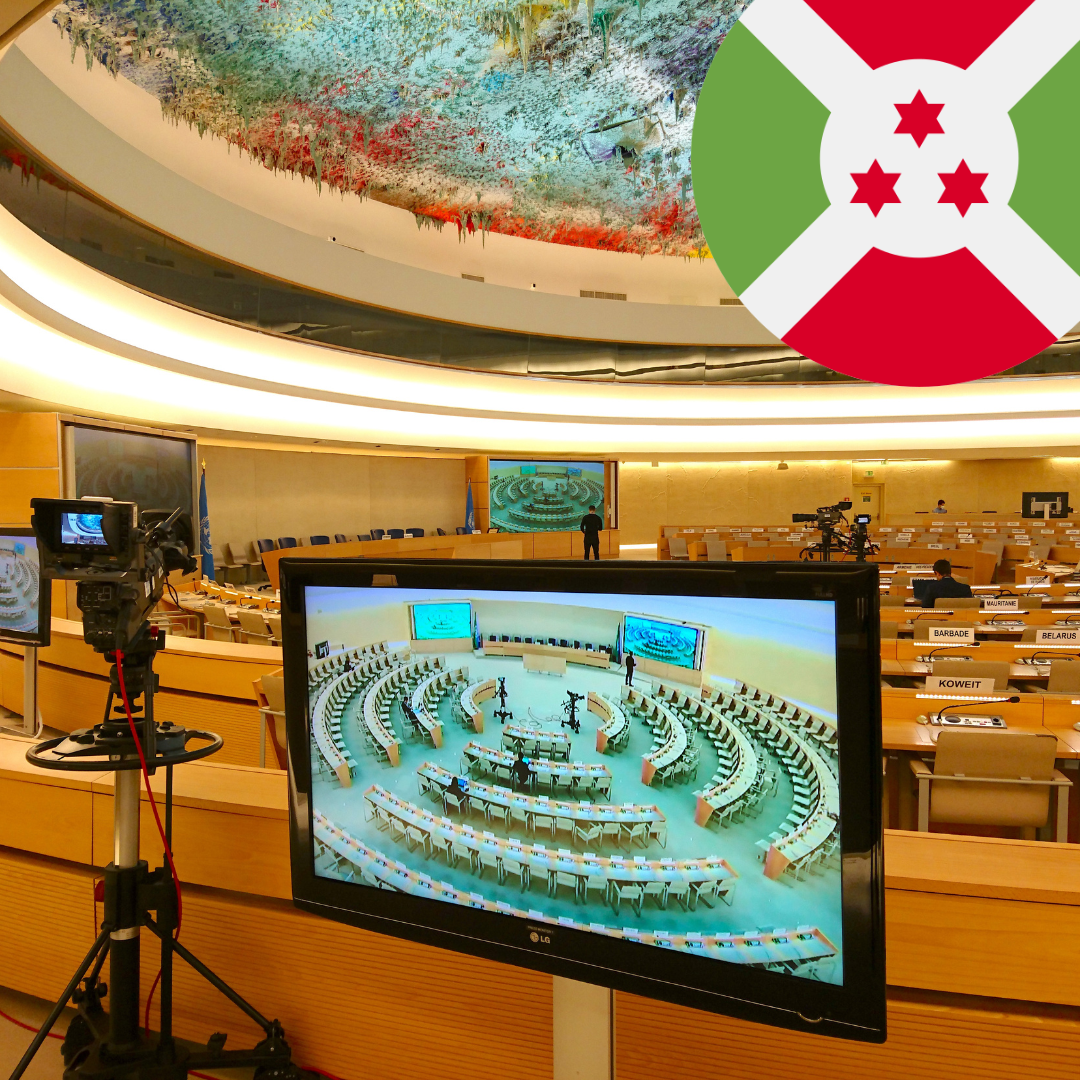 In this submission, CIVICUS, DefendDefenders, Iteka Legaue, and APRODH examine the Government of Burundi’s compliance with its international human rights obligations to create and maintain a safe and enabling environment for civil society. Specifically, we analyse Burundi’s fulfilment of the rights to the freedoms of association, peaceful assembly and expression and unwarranted restrictions on HRDs since its previous UPR examination on 18 January 2018. To this end, we assess Burundi’s implementation of recommendations received during the 3rd UPR cycle relating to these issues and provide follow-up recommendations.

During the 3rd UPR cycle, the Government of Burundi received 33 recommendations relating to the space for civil society (civic space). Of these recommendations, it accepted three and noted.However, an evaluation of a range of legal and human rights sources addressed in subsequent sections of this submission demonstrates that the Government of Burundi has partly implemented one recommendation relating to civic space. While the government has made some strides in addressing unwarranted restrictions on civic space since its last UPR examination, acute implementation 1 ‘Report of the Human Rights Council on its thirty-eighth session’, UN Human Rights Council, 24 August 2018, https://www.ohchr.org/en/hr-bodies/upr/bi-index. 3 gaps were found with regard to the right to the freedom of association and protection of HRDs, civil society activists and journalists.

Since Burundi’s last UPR review, President Pierre Nkurunziza indicated that he would not run for another term,2 and the ruling party, the National Council for the Defence of Democracy–Forces for the Defence of Democracy (CNDD-FDD), nominated Évariste Ndayishimiye as its candidate for the presidential election.3 On 18 June 2020, after his election and following Nkurunziza’s death, Ndayishimiye was sworn in as president.

Some perpetrators of human rights abuses have been prosecuted. In August 2020, more than a dozen people were jailed, including police and members of the CNDDFDD’s youth wing, the Imbonerakure militia, after being found guilty of extorting money from migrant workers returning from Tanzania.

In February 2021, a Court of Appeals sentenced two Imbonerakure members, Boris Bukeyeneza and Dieudonné Nsengiyumva, to 15 years in prison for the May 2020 killing of Richard Havyarimana, a representative of the Congrès National pour la Liberté (CNL) opposition party in Mbogora Commune, Mwaro Province.

Despite the initial promises of Burundi’s President Ndayishimiye to improve the human rights situation and restore the rule of law, structural measures to bring long-lasting change are yet to be seen. Democratic space remains tightly closed and serious human rights violations continue to be committed.

We are deeply concerned by the persistent human rights violations and abuses in Burundi, including extrajudicial killings, enforced disappearances, torture and arbitrary arrests, as well as severe restrictions on civil and political rights and widespread impunity.