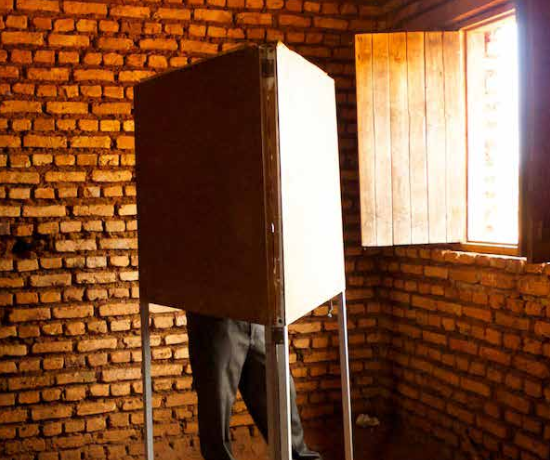 Caught up in Bitter Contests: report on human rights defenders working in the context of elections

Human rights defenders face increasing and worsening restrictions when working during electoral periods, finds a new report published today by the East and Horn of Africa Human Rights Defenders Project (EHAHRDP). In its new report “Caught Up in Bitter Contests: Human Rights Defenders Working in the Context of Elections in Sudan, Ethiopia, Burundi and Uganda”, EHAHRDP has documented alarming cross-regional trends prior to, during, and after elections.

The report details the tactics used by the four states in the region to limit the operating environment for civil society in advance of elections. By implementing legal mechanisms to restrict the rights to freedom of peaceful assembly, association, and expression, Sudan, Ethiopia, Burundi and Uganda have sought to criminalize the activities of HRDs and prevent them from engaging on human rights issues.

Throughout the four countries researched for this report, there has been a noticeable and worrying increase in the targeting of human rights defenders through harassment, surveillance, arrest, torture, and physical and digital attacks during electoral periods.

“Human rights defenders are confronted with heightened risks and challenges throughout the region during electoral periods”, said Hassan Shire, Executive Director of EHAHRDP. “With elections coming up in Tanzania at the end of 2015, Uganda in 2016 and Rwanda and Kenya in 2017 there are urgent actions to be taken to ensure that civil society and the media are able to peacefully participate in the electoral process, rather than become victims of persecution, attacks, and exile as was the case in Ethiopia, Sudan, and Burundi.”

The report finds that while the April 2015 election in Sudan was not competitive, free or fair, civil society was heavily constrained. Obstructive legislation and targeted attacks were used to shut down NGOs and to arrest and charge journalists and HRDs.

In Ethiopia, the capacity of NGOs to engage on human rights or governance issues has been heavily impaired. Since then, the media have borne the brunt of some of the most severe attacks in the region, as Ethiopian authorities used the Anti-Terrorism Proclamation (2009) to label journalists as terrorists and shut down critical media houses. The increased harassment of journalists in the pre-election period led to the arrest of 9 journalists and bloggers and over 37 HRDs to flee the country.

In Burundi, HRDs have faced continued harassment, arrest, torture, and physical and digital attacks. Since EHAHRDP’s report “2015: Burundi at a Turning Point” came out in February 2015, these patterns have worsened and the increased risk led over 118 HRDs and journalists to flee the country between April and August 2015.

In Uganda, where the election is scheduled to take place in early 2016, journalists and HRDs working on civil and political rights have been the primary victims of election-related abuses. As the elections near, it is critical that the situation of HRDs be monitored to ensure that they are able to participate peacefully in the electoral process.

“In the East and Horn of Africa, the tense electoral climate makes it increasingly difficult for human rights defenders to operate safely and effectively,” said Shannon Orcutt, EHAHRDP’s Research Associate. “While election-related targeting of human rights defenders occurs during nearly every election in the region, mechanisms for the support and protection of HRDs in these periods has often been insufficient to meet the challenges experienced.”

In the new report, EHAHRDP sets out a number of concrete recommendations to the governments of Sudan, Ethiopia, Burundi and Uganda to reverse these worrying trends. It also offers recommendations to human rights defenders, and national, regional, and international stakeholders to ensure the safe participation of civil society in the upcoming elections in the region.

The East and Horn of Africa Human Rights Defenders Project is a Kampala-based organization. Since 2005 EHAHRDP has worked to protect and promote the work of human rights defenders in Burundi, Djibouti, Eritrea, Ethiopia, Kenya, Rwanda, South Sudan, Somalia (including Somaliland), Sudan, Tanzania, and Uganda.\