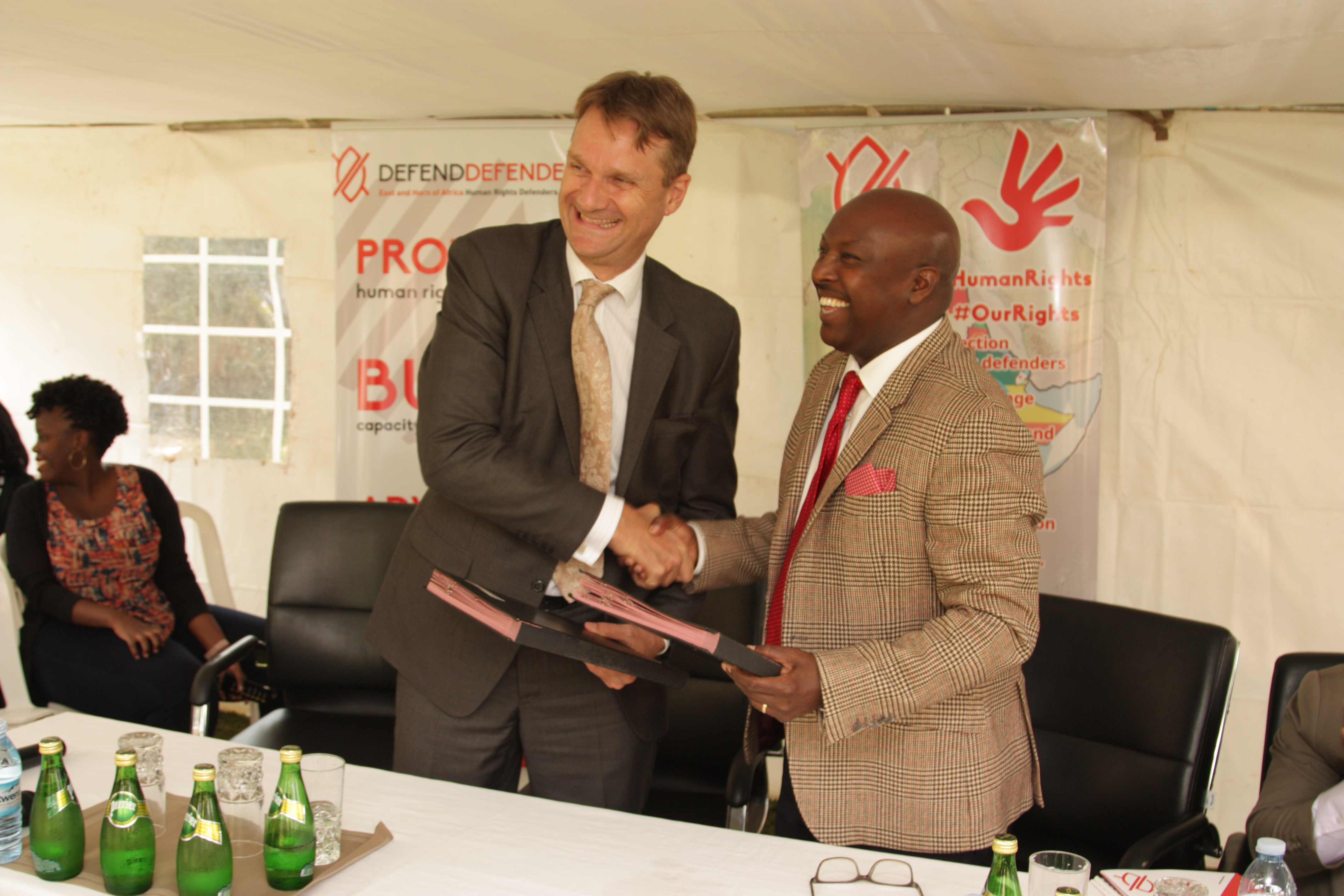 DefendDefenders (the East and Horn of Africa Human Rights Defenders Project) today renewed its partnership with the Embassy of the Kingdom of the Netherlands in Uganda. The contract, which was signed by H.

E. Henk Jan Bakker and DefendDefenders’ Executive Director, Hassan Shire at the Human Rights House in Kampala, ensures continuity of “Protection and Safety for Human Rights Defenders in Uganda,” a project that started in December 2014.

The new project “Protect Human Rights Defenders in Uganda” (2018-2021) builds upon the previous project and seeks to expand the scope and impact of the work of DefendDefenders. It aims to build on these successes, to further increase the safety and operational space of human rights defenders in Uganda; build the capacity of human rights defenders to document human rights violations and disseminate evidence-based material; and sustenance of the NCHRD-U through continual mentorship. The contribution from the Netherlands Government amounts to around UGX 6.8 billion.

“The commitment of the Dutch people to promote human rights around the world is exemplary and admirable.With their support, DefendDefenders has been able to positively impact the lives of human rights defenders in Uganda,” said Mr. Shire. “We are grateful for the opportunity to continue working together.”

Ambassador Bakker commended the work of DefendDefenders, not only in Uganda but also in other parts of Africa, and concluded with the following remarks “Human Rights Defenders are indispensable to safeguard democratic values and principles; their protection and safety, therefore, is more than ever before a joint responsibility of the world community”.

Between Principles and Pragmatism: How African states vote at the UN Human Rights Council

Between Principles and PragmatismHow African states vote at the UN

Oral statements delivered during the 51st session of the UN

Ahead of the UN Human Rights Council’s 51st regular session

Dear Friends, Dear friends, Greetings from DefendDefenders and AfricanDefenders. I