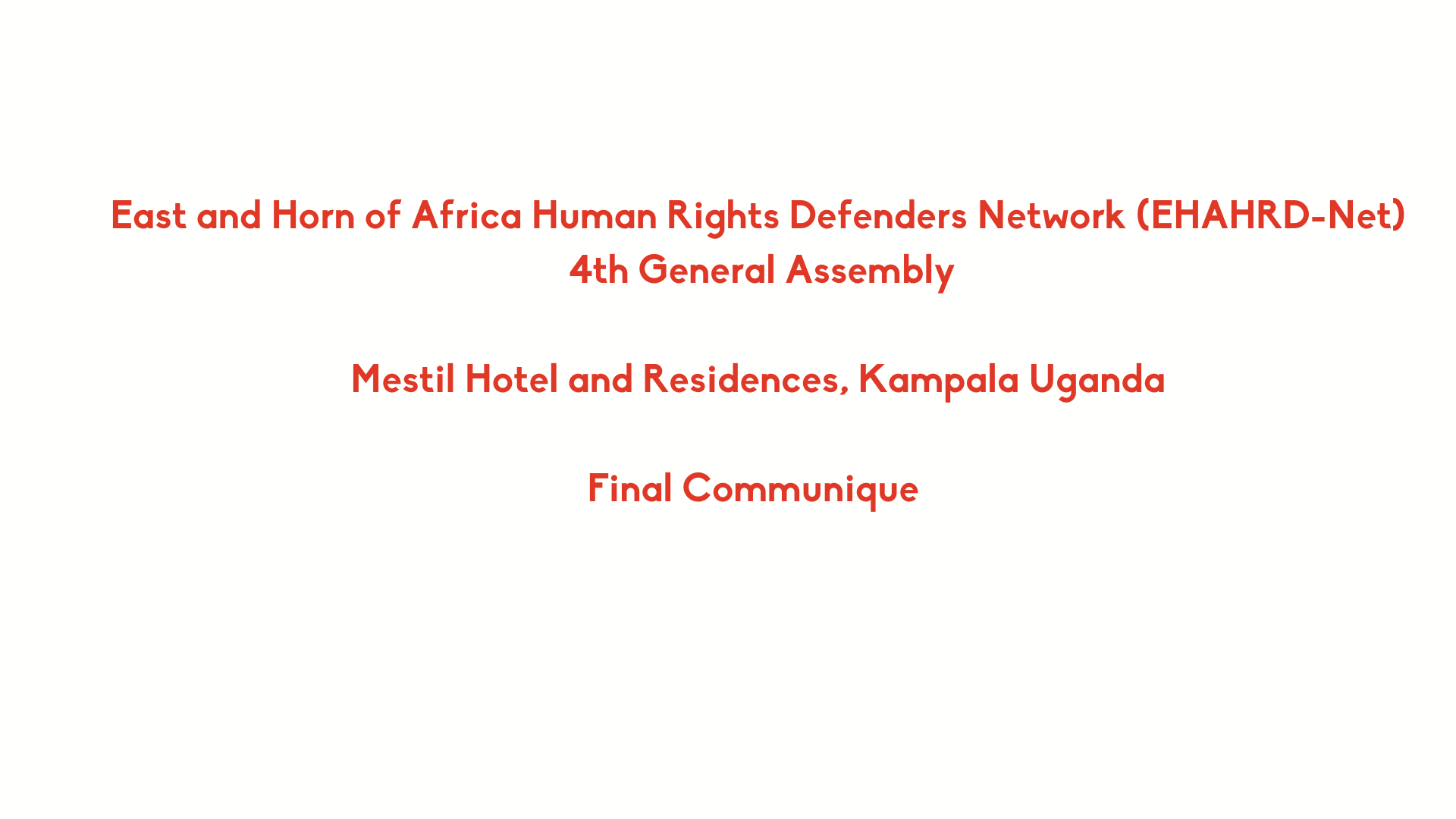 3. In his welcome remarks delivered virtually, Vital Nshimirimana contrasted the worrying and positive human rights developments in some countries of the East and Horn of Africa subregion. He noted the peaceful transition of power following recent elections in Kenya and Somalia. He emphasized the value of networking and solidarity in such challenging contexts. Additionally, he called upon all participants present to participate in the election at the end of the GA to appoint a new Chairperson and appreciated the opportunity the EHAHRD-Net accorded him as Chairperson for the past 5 years.

4. In his capacity as Executive Director of DD Chairperson of the Pan African Human Rights Defenders Network (AfricanDefenders), Mr. Shire noted that this GA coincided with the 35th anniversary of the African Commission on Human and Peoples’ Rights (ACHPR) and was thus a call to reflect on past efforts, scrutinize lessons learnt, and adapt to global intersecting crises impacting food security, health, education, environment, peace, and security. He expressed hope on Burundi, and urged the government to initiate a comprehensive reform that may improve the situation of human rights in the country. Mr. Shire further illuminated the assembly with the milestone achievements made by DefendDefenders (EHAHRD-Net Secretariat) over the past five years (2017-2022), by providing protection support to 3,681 HRDs across the sub-region, as well as registering a notable increase in the number of women human rights defenders (WHRDs) accessing protection interventions.

5. Ms. Sophie Kyagulanyi noted that the GA is an important governance structure and the highest decision-making body of the secretariat. She appreciated the leadership of Mr. Shire and his staff who have steered the secretariat to become a frontline player in the protection of HRDs on the continent. She urged EHAHRD-Net to pay attention to emerging trends, critically think through possible strategies to enhance protection of HRDs and look out for opportunities for constructive dialogue with state actors. She therefore called on the participants to fully engage during the review and updating of the Plan of Action. Finally, as the Board Chairperson, she pledged to continue providing strategic guidance and leadership to the Secretariat and ensuring that it continues to adhere to the laws of our host country Uganda.

6. On behalf of Amnesty International-Eastern Africa Office, Mr. Christian Rumu delivered a lightening talk, where he emphasised three key points that the GA should take note of. (i) Solidarity: drawing on the 2015 Burundi crisis, Rumu revealed the importance of the network that mobilised and ensured that HRDs continued their work even while in exile. Solidarity was extended to marginalised groups including queer groups thus enhancing their protection. (ii) Inclusion and expansion of the Network: to be inclusive and pay particular attention to other groups of HRDs including those who defend rights of indigenous people; young people working on climate change and digital rights; and those championing the workers’ rights movement. (iii) Resilience: to adopt new ways of working and organising to combat negative narratives of state actors in the sub-region against HRDs.