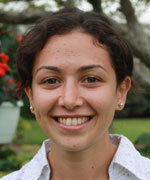 The statement, delivered by EHAHRDP/ PAHRDN’s Advocacy and Research Manager John Foley, was made in solidarity with jailed Egyptian human rights defender Yara Sallam. Yara was the first recipient, in 2013, of the North Africa Shield, under PAHRDN’s annual African Human Rights Defenders Award for her outstanding bravery and activism.

The full text of the statement delivered is as follows, and can be viewed online at http://webtv.un.org/watch/egypt-upr-report-consideration-42nd-meeting-28th-regular-session-human-rights-council/4123490990001 (Chapter 24).
Thank you Mr. President,

My organization makes this statement in partnership with the Pan-African Human Rights Defenders Network, and in solidarity with the many Egyptian NGOs, civil society members, human rights defenders, and individual journalists who have borne the brunt of one of the most extreme clampdowns on the rights to freedoms of expression, association, and assembly that this world has ever known.

We welcome the constructive recommendations made to Egypt by many member states during this UPR process. Specifically, we are grateful for Tunisia’s recommendation that Egypt must guarantee an environment conducive to the work of journalists, human rights defenders and civil society organisations, and the call from the USA to release those detained solely for exercising the right to freedom of expression.

Mr. President, I make some short illustrative examples of some of the issues under discussion during this UPR, and the disconnect between commitments made in this chamber, and the lived reality for many Egyptian human rights defenders.

On June 21, 2014, Yara Sallam was arrested with 23 other people on charges of demonstrating near the presidential palace in Cairo. The demonstration was organized to oppose the Egyptian protest law, which has been recognized by numerous bodies, including the Egyptian government, as repressive and in complete violation of the constitution.

Yara was the recipient of the 2013 North Africa Shield, an award established by the Pan-African Human Rights Defenders Network to recognize outstanding activism and bravery, and selected by a jury composed of both the UN and African Commission’s respective Special Rapporteurs on Human Rights Defenders. She cannot be here. Yara Sallam has paid the price of two years behind bars, for exercising her right to peaceful assembly.

This UPR process is poorer for her absence from this chamber. This statement is made in solidarity with her, with human rights activist Shiamaa al-Sabbagh, shot and killed by Egyptian Police on 24th January 2015, and all other victims- individuals and institutions- of one of the most extreme assaults on human rights defenders, civic space, freedom of assembly, expression, and association ever seen on the African continent.

I thank you Mr. President.