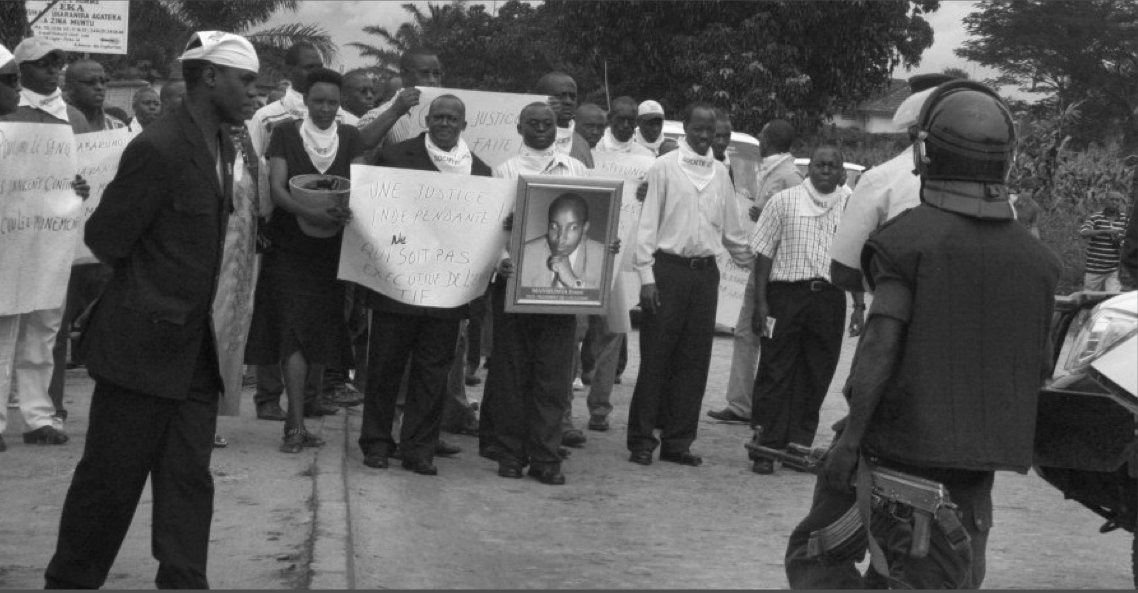 Ernest Manirumva: A lost light, a derailed trial, and an embattled civil society 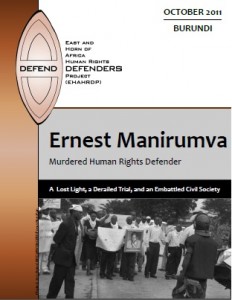 Ernest Manirumva was a Burundian human rights defender working as vice-president of a civil society organization, the Anti-Corruption and Economic Malpractice Observatory (OLUCOME), who was kidnapped from his home the night of 8th April 2009 and murdered in the early hours of the morning.

Manirumva was a leader within civil society, a public servant, and an effective human rights defender working to expose the rot of corruption. His murder demonstrates both the dangers faced by those who challenge powerful interests and, so far, the difficulty in attaining justice in Burundi.

Given the importance of the investigation into Manirumva’s killing and the resulting trial in demonstrating accountability in Burundi and diminishing impunity, it is essential that justice be done. Yet the case remains unresolved over two and a half years after Manirumva’s assassination, while the judicial process has in many ways failed to live up to domestic and international fair trial standards. The East and Horn of Africa Human Rights Defenders Project calls upon all relevant organs of Burundi’s judiciary to ensure the full manifestation of truth and justice.

Ernest Manirumva: a Lost Light, a Derailed Trial, and an Embattled Civil Society provides background to the case as well as an account of the hearing of 15th June 2011, and information on the current climate for human rights defenders working in Burundi.