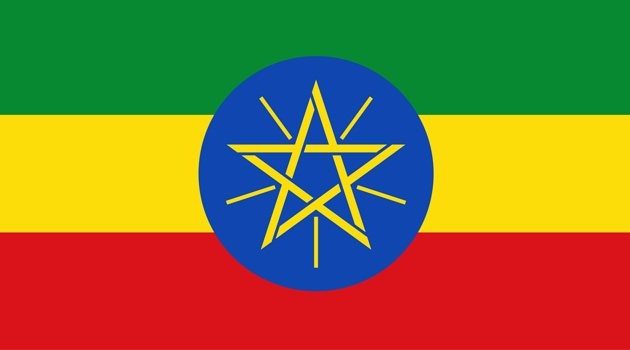 To Permanent Representatives of
Members and Observer States of the
UN Human Rights Council
Geneva, 24 February 2016

RE: Addressing restrictions on freedom of assembly and civil society in Ethiopia

The undersigned civil society organizations (CSOs) write to express our serious concerns about the Ethiopian Government’s grave restrictions on fundamental human rights, exemplified by the recent crackdown on largely peaceful protests in the Oromia region. As the UN Human Rights Council (UN HRC) prepares to release its landmark recommendations for the proper management of assemblies, we urge your delegation to address the rapidly deteriorating environment for independent dissent and violations of the right to freedom of assembly in Ethiopia at the upcoming 31st UN HRC Session.

Since December 2015, Ethiopian security forces have routinely used excessive and unnecessary lethal force to disperse and suppress peaceful protests in the Oromia region. The protesters, who have been advocating against the dispossession of land without adequate compensation under the government’s Integrated Development Master Plan, have been subjected to widespread rights violations. According to international and national human rights groups, at least 150 demonstrators, including scores of children and university students, have been killed during the protests. It is also widely reported that hundreds of people have suffered bullet wounds and beatings by the police and military.

The authorities have also arbitrarily arrested thousands of people throughout Oromia for participating in or supporting the protests. Many of those detained are being held without charge and without access to family members or legal representation. Numerous human rights activists, journalists and opposition political party leaders and supporters have been arbitrarily arrested and detained in Oromia. Among those arrested and still in detention are Bekele Gerba (Deputy Chair, Oromo Federalist Congress (OFC)), Dejene Tufa (Deputy General Secretary, OFC), Getachew Shiferaw (Editor-in-Chief of the online newspaper Negere Ethiopia), Yonathan Teressa (a human rights defender) and Fikadu Mirkana (reporter with the state-owned Oromia Radio and TV).

The government also continues to misuse the abusive 2009 Anti-Terrorism Proclamation to silence independent reporting and support of the protest movement. Specifically, on January 22, 2016, opposition leader Bekele Gerba and 21 other individuals were arraigned at the Federal First Instance Court, Arada Branch, which granted the prosecutor’s request for 28 days remand to police custody under the Anti-Terrorism Proclamation.

Moreover, weeks earlier, on December 15, 2015, the government publically described the protesters as “an organised and armed terrorist force” in a cynical and disturbing attempt to conflate their legitimate exercise of fundamental civil liberties with acts of terrorism. We remain deeply concerned that this description of the mostly peaceful protesters has also contributed to greater use of excessive force by security personnel.

Prominent human rights experts and groups, including the UN High Commissioner for Human Rights, have repeatedly condemned the deliberate misuse of the Anti-Terrorism Proclamation’s overbroad and vague provisions to target journalists and activists. The law permits up to four months of pre-trial detention and prescribes draconian prison sentences for a wide range of activities protected under international human rights law. Dozens of  human rights defenders as well as journalists, bloggers, peaceful demonstrators and opposition party members have been subjected to harassment and politically motivated prosecution under the Anti-Terrorism Proclamation, making Ethiopia one of the leading jailers of journalists in the world.

There are no effective avenues to pursue accountability for abuses given the lack of independence of the judiciary and legislative constraints. During the May 2015 General Elections, the ruling EPRDF party won all 547 seats in the Ethiopian Parliament. In addition, domestic civil society organizations are severely hindered by one of the most restrictive NGO laws in the world. Specifically, under the 2009 Charities and Societies Proclamation, the vast majority of Ethiopian organizations have been forced to stop working on human rights and governance issues, a matter of great concern that has been repeatedly raised including at Ethiopia’s Universal Periodic Review (UPR).

This restrictive environment means that there are few avenues available for accountability and independent dissent in the country. It is essential that the UN Human Rights Council takes a strong position urging the Ethiopian Government to immediately end its systematic campaign to suppress peaceful protests and legitimate human rights activism.

Amid a growing chorus of concern, a number of intergovernmental bodies, including the European Parliament, have called on the Ethiopian government to immediately cease its political intimidation and persecution of peaceful protesters and human rights defenders. Recently, on 21 January, four UN Special Rapporteurs and the Working Group on Enforced or Involuntary Disappearances issued a joint statement condemning the ongoing crackdown and further called on the Ethiopian Government to “immediately release protesters who seem to have been arrested for exercising their rights to freedom of peaceful assembly and expression, to reveal the whereabouts of those reportedly disappeared and to carry out an independent, transparent investigation into the security forces’ response to the protest.”

During the upcoming 31st session of the Human Rights Council, we urge your delegation to make joint or individual statements (for example during the high-level segment, in interactive dialogue with the High Commissioner, and under other relevant agenda items), reinforcing and building upon the concerns of these and other international bodies.

Specifically, we respectfully request your delegation to press Ethiopia to: