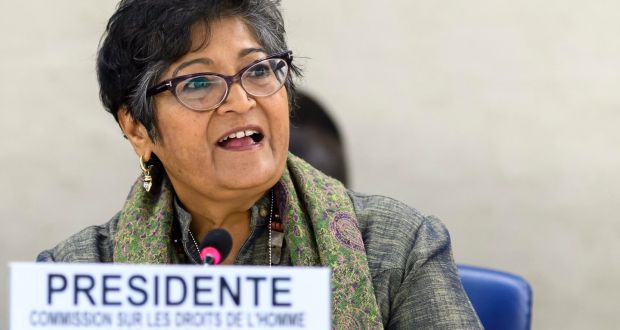 HRC37: Renewing and strengthening the mandate of the Commission on Human Rights in South Sudan

To Permanent Representatives of Member and Observer States of the United Nations Human Rights Council, Geneva

RE: Renewing and strengthening the mandate of the Commission on Human Rights in South Sudan to ensure accountability for gross violations of human rights and related crimes in South Sudan

We, the undersigned national, regional and international non-governmental organisations, write to call on your delegation to renew and strengthen the mandate of the UN Commission on Human Rights in South Sudan (the Commission), during the 37th session of the UN Human Rights Council (HRC) in March. It is essential that the Commission continues its vital work to collect and preserve evidence of gross human rights violations, abuses and related crimes, with a view to end impunity and ensure accountability. The HRC should also strengthen the resolution to make explicit that the mandate of the Commission includes the identification of individual perpetrators, with a view to enable future prosecutions.

The civil war in South Sudan broke out on 15 December 2013 in Juba, quickly spreading north. By the end of 2015, conflict had spread throughout the western and southern Equatorias region. Although the parties to the conflict signed a peace agreement in August 2015, major fighting resumed in July 2016 when the Sudan Peoples’ Liberation Army (SPLA) and opposition soldiers clashed in Juba, resulting in the loss of civilian lives, looting of civilian property, and further displacement of civilians.

After the Commission’s visit to South Sudan in December 2017, Commissioner Clapham expressed concern at the increased levels of violations and abuses, including sexual violence, committed by the parties against civilians. He noted that the “atrocities and the violations are no longer confined to a few parts of South Sudan but are rather spread across the entire country.”

The Commissioners renewed their call for perpetrators of the widespread human rights violations to be brought to justice. Commissioner Yasmin Sooka emphasised the immediate need to establish the Hybrid Court and the Commission on Truth, Healing and Reconciliation.  Although the South Sudan Council of Ministers reportedly approved the Hybrid Court statute and the government’s Memorandum of Understanding (MOU) with the African Union, the South Sudanese government is yet to take further steps to operationalise the Court.

Regional actors have also voiced frustration and concern over the continued violations of human rights and international humanitarian law. In January, the Intergovernmental Authority on Development (IGAD) expressed frustrations with the parties’ failure to comply with the Agreement on Cessation of Hostilities, Protection of Civilians, and Humanitarian Access and their violations of international human rights and humanitarian laws. IGAD’s Council of Ministers resolved “to take all necessary measures including targeted sanctions against individual violators and spoilers of the peace agreement.”

In addition, during the 30th ordinary session of the African Union (AU) summit, Moussa Faki Mahamat, AU Commission Chairperson reiterated the support of the AU to IGAD to impose sanctions on leaders violating the ceasefire agreements. “In South Sudan, how can we not repeat that we cannot understand the insane violence that the belligerents inflict, with indescribable cruelty, on a population that has suffered too much. The time has come to impose sanctions on those who obstruct peace”. On 2 February 2018, the United States of America imposed a unilateral arms embargo on the country.

With the violence ongoing, and in the absence of another international mechanism to monitor and document human rights violations and abuses, and pending the establishment and operationalisation of the Hybrid Court, the Commission’s role is vital. Moreover, the Commission might be needed even when the Court is established.  Our organisations urge the UN HRC to take strong and meaningful action during its 37th Session to enhance the Commission’s mandate and enable it to support justice, truth, and reparation for the victims of the grave human rights violations committed in South Sudan

We call on all Member States to adopt a resolution that: