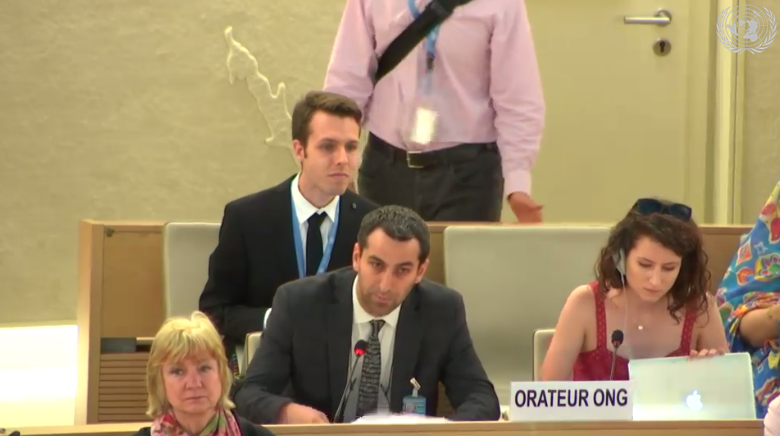 We would like to draw the Coun­cil’s attention to the situation in Tanzania, which increasingly resem­bles a case of needed pre­ventative action.

Since 2015, Tanzania has taken a series of steps to restrict civic space and its citizens’ funda­mental rights.

Media outlets have been shut down or suspended. Human rights defenders (HRDs) have been harassed, threatened, and stigmatised.

NGOs, including those working on LGBTI issues, have been arbitrarily suspended or de-registered. Members of the oppo­sition, including MPs, have been assaul­ted and killed. The fate or whereabouts of journalist Azory Gwanda, who disappeared in Nov­ember 2017, remain unknown.

The Media Services Act, the Cybercrimes Act, the Statistics Act and other laws, which have been used to silence independent voices, should be reviewed and amen­d­ed in line with Tan­zania’s dom­estic and inter­na­tional obligations.

We call on member and observer states to send the Tanzanian government a message, inc­luding through joint statements, that this trend should be put to an end. We welcome Tanza­nia’s invitation to the Special Rapporteur on freedom of peaceful assembly and of association, made yesterday at a side event, and call on the government to swiftly set a date for a visit.

Sudan continues to put a strain on this Council’s time and resources by abusing agenda item 10, which is dedicated to technical assistance and capacity-building. What Sudan needs is po­litical will to improve the situation and bring impunity to an end, not more technical sup­port.

In the last few months, HRDs, opposition members, and students have been arbitrarily arres­ted, ill-treated, banned from traveling, or detain­ed incommunicado by the National Intelli­gen­ce and Security Ser­vi­ces (NISS) in connection with anti-austerity pro­tests and other public gather­ings. Sexual violence remains widespread, in conflict and non-conflict zones, and con­tinues to be used as a wea­pon of war.

We urge the immediate and unconditional release of Noura Hussein, a victim of child mar­riage and marital rape, who was senten­ced to five years’ imprisonment and a fine for killing her husband in self-defence.