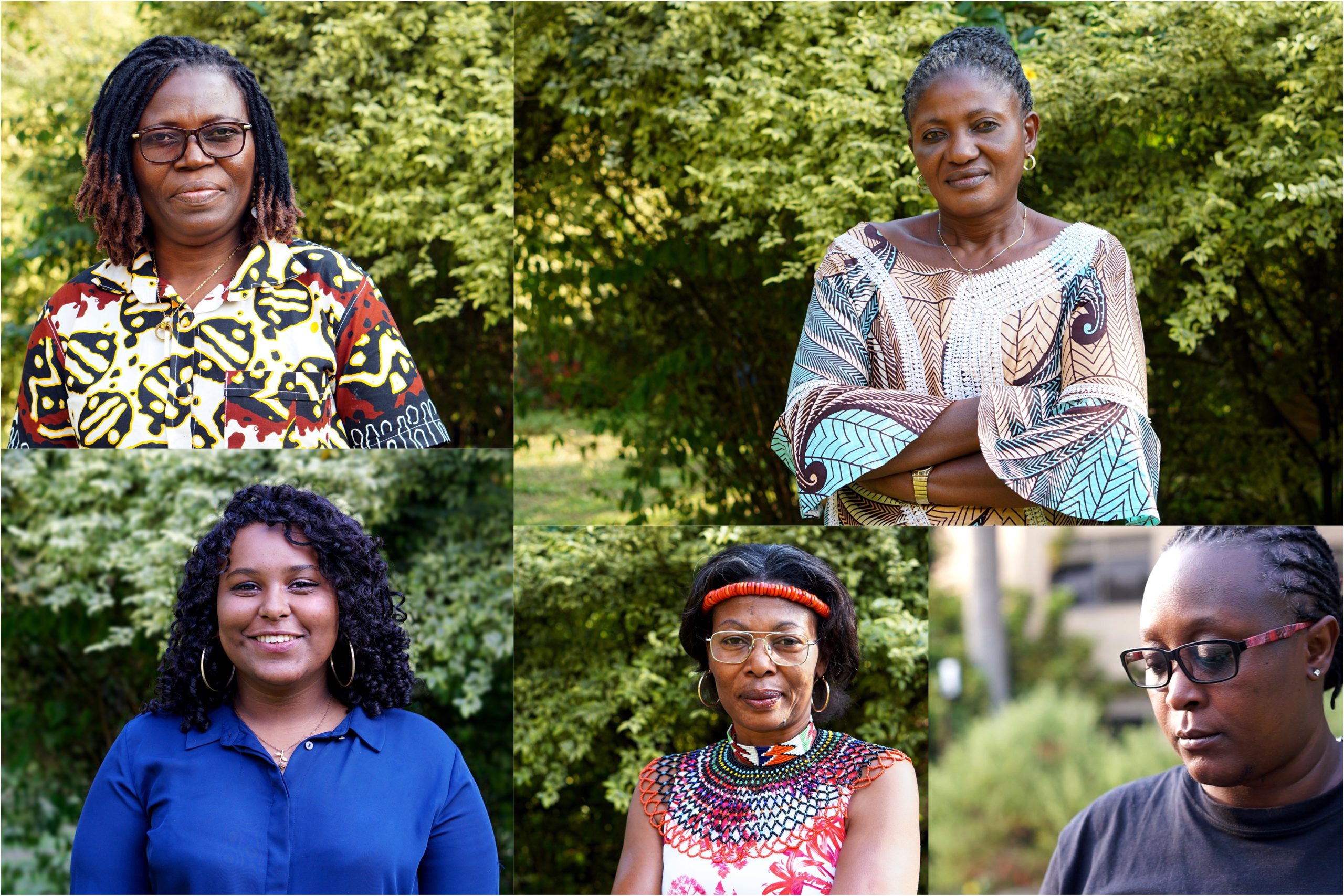 It is time to be #EachforEqual.

We asked Mélanie about her work as a woman human rights defender in Togo. This is what she told us.

Being a woman human rights defender in Togo

“The very first time I was affected by my status as a woman human rights defender, I was working with the United Nations Office of the High Commissioner for Human Rights in Togo. It was during the presidential elections and I was responsible for our helpline for reporting human rights violations in Togo. But many times, the calls were not from victims of human rights violations, but instead from people trying to intimidate me. They even called me in the middle of the night.

Another example is from my work with the West African Human Rights Defenders Network. During a session of the African Commission on Human and Peoples’ Rights, I was presenting a report on the human rights situation in West Africa. I was targeted several times by people in the audience and, being a woman, I was not only targeted because of my speech. I was also stopped backstage and they (people from the audience) tried to intimidate me with violence and verbal abuse.

I can’t say that it does not affect me, but what I tell myself is that I am a strong woman and that I need to move forward.”

“Women human rights defenders, I want to tell you this: You are the mothers of humanity – it is you who carry the humanity. I know that you are brave, but it is important that you continue to train yourselves. Do not sit back – read the books that have already been written, participate in trainings, strengthen your capacity, and continue your fight!”

We Live in a Patriarchal Society.
Meet Diane Bakuraira.

Diane Bakuraira works with Sexual Minorities Uganda (SMUG) – an umbrella organisation that advocates for the fundamental rights of LGBT+ Ugandans. She wants to challenge the mindset that woman human rights defenders are not suited for human rights work, so that more people can join the fight.

We asked Diane about her work as a woman human rights defender in Uganda. This is what she told us.

Being a woman human rights defender in Uganda

“Being a human rights defender – and a woman – in Uganda, or in this society, is quite hard because we live in a very patriarchal society that demeans women who do any kind of work supporting and defending rights of others.

I have been attacked because I openly speak about the protection of LGBTQ rights in Uganda, especially since it is a crime to be homosexual in Uganda. I have also been excluded from some meetings because I am a LGBTQ woman and a human rights defender. I have been seen not fit to attend these gatherings.”

What would you like to say to other woman human rights defenders?

“I would like to encourage other human rights defenders, who are women, to get skilled up because there is an assumption that women are not educated enough to suit this kind of work.

So, I encourage them to get whatever skills they would like to get, so that they can be well-equipped to join the fight!”

Maximilienne Ngombe is the Executive Director of the Central Africa Human Rights Defenders Network (Réseau des Défenseurs des Droits Humains en Afrique Centrale – REDAC), based in Douala, Cameroon. During her long experience with human rights work, she has faced violence, burglaries, and smear campaigns, but remains determined to continue her work for a better world.

We asked Maximilienne about her work as a woman human rights defender in Central Africa. This is what she told us.

Being a woman human rights defender in Central Africa

“I have been leading REDAC since 2010 and the network covers eight countries in Central Africa. As a woman human rights defender during those ten years, I have faced significant challenges. What has affected me the most is the violence against my children. They have now lived in exile in France for the last seven years.

We have also faced attacks against the REDAC offices. In one year, our office was burgled five times.

And since 2017, we also faced harassment in social media. This has happened to me personally. I have faced insults, such as accusations of being “bought by the westerners.”

“To all women human rights defenders. Here, I speak with authority; we are the ones who can lead to change when it comes to human rights violations and violence. We are vulnerable, but we have to find the courage. Courage is the only way.

We know our challenges, we are aware of our skills, and we are conscious of our weaknesses. We need to highlight, and use, our skills. We have them, and we have to be united.

What I ask is for other woman human rights defenders to be brave, that they unite, and stand up to all the challenges they may face. We can make the challenges ours and do something about them. Because we want things to change, we want better countries, and we want a better world for all”.

Maysaa Osama is a 21–year–old Sudanese women’s rights activist, and a student of architecture. At a young age, Maysaa is determined to promote women’s rights and to work for a more inclusive society, while trying to challenge existing power structures.

We asked Maysaa about her work as a woman human rights defender in Sudan. This is what she told us.

Being a woman human rights defender in Sudan

“I have been working with women’s rights since the start of 2019. During that period, I was verbally abused in many situations – by men and women.

I remember a day when we were protesting the laws that harm divorced mothers and widows. We were demanding to create laws that protect these women and children. Many men and women came and said that we are communists – which is considered a curse in Sudan – and that we have no parents or fathers in our homes to keep us on hold.

I think that women’s rights issues and any other rights come together. You cannot separate one right from another.”

“I would like women human rights defenders to be more cooperative with each other, to work together, put their differences aside. At the end of the day, it can be slightly different agendas, but it is the main cause that we are all working with.

Try to create agendas that serve not just centralised women or non-centralised women, try to include women in the zones of conflict, the women who are affected by displacement.