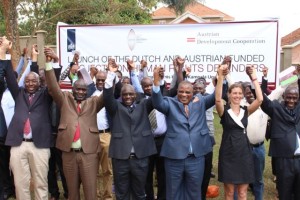 The East and Horn of Africa Human Rights Defenders Project (EHAHRDP) and the Pan-African Human Rights Defenders Network (PAHRDN) today officially launched two major new projects, funded by the Embassy of the Kingdom of the Netherlands to Uganda, and the Austrian Development Cooperation. Both projects will contribute to a safer working environment for human rights defenders (HRDs), and reflect the commitment of the Dutch and Austrian governments to the protection and promotion of human rights in Uganda, and across Africa. 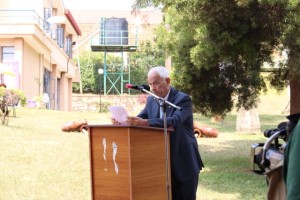 The NCHRD-U, established in 2013, represents a nationwide wide cross section of Ugandan civil society. The Netherlands funded project is expected to make a significant contribution to a safer working environment for HRDs across Uganda.

The ‘Protection and Safety Program for Human Rights Defenders in Africa’ Project is funded by a two-year, 360,000 Euro grant the Austrian Development Cooperation. The project will focus on supporting and equipping sub-regional human rights defenders networks across Africa with appropriate tools to protect HRDs, conduct research into their operating environment, and to conduct national, regional and international advocacy.

The promotion and protection of human rights is a key feature of the policy of the Austrian Development Cooperation. “The Vienna World Conference on Human Rights 1993 and the 2005 UN World Summit placed the primary responsibility for the promotion and protection of human rights on States”, said Ms. Simone Knapp, Head of the Austrian Embassy Development Cooperation in Uganda, at today’s launch event. “Today, we expect governments not only to respect and protect human rights within their own territory, but to support the full realization of rights and freedoms around the world. Through supporting EHAHRDP in the protection and promotion of the right to defend human rights in Africa, and in achieving a safe working environment for HRDs in Africa, Austria lives up to this responsibility”.

Today’s launch was attended by the Permanent Secretary of the Ministry of Internal Affairs of Uganda, a number of Ugandan human rights defenders, many representatives of Kampala’s diplomatic community, and by the Chairperson of the Uganda Human Rights Commission, Hon. Medi Kaggwa.

“At a time when the space for civil society continues to shrink, and the risks facing HRDs continues to grow, these projects will provide critical support for HRDs in Uganda and across the continent”, said Hassan Shire, Executive Director of EHAHRDP. “I am extremely grateful to the Embassy of the Kingdom of the Netherlands to Uganda, and the Austrian Development Cooperation in supporting EHAHRDP and its partners”. 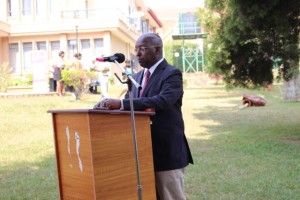 “No society will be at peace if human rights are violated. We all have the responsibility to create a conducive environment for civil society organisations, the government and the citizenry, to observe human rights”, said Steven Kagoda, Permanent Secretary of the Ministry of Internal Affairs of Uganda. “We must also emphasize the importance of dialogue between all stakeholders in a bid to protect and promote human rights”.

EHAHRDP seeks to strengthen the work of HRDs throughout the region by reducing their vulnerability to the risk of persecution and through enhancing their capacity to effectively defend human rights. EHAHRDP envisions a region in which the human rights of every citizen as stipulated by the Universal Declaration of Human Rights are respected and upheld. EHAHRDP focuses its work on Burundi, Djibouti, Eritrea, Ethiopia, Kenya, Rwanda, Somalia (including Somaliland), South Sudan, Sudan, Tanzania and Uganda. EHAHRDP also seeks to influence duty bearers and key stakeholders in the protection of HRDs to create an enabling environment in which defenders can carry out their work without fear of reprisals. EHAHRDP serves as the secretariat of PAHRDN.