Extrajudicial killings and unlawful use of excessive force by the police force, especially against men and boys in low income areas, remains common throughout the country. Forced eviction of indigenous communities is another concern which is critically unaddressed. In May 2019, a High Court decision to retain colonial-era legislation criminalising same-sex relations in was a major blow to human rights activists, putting the LGBT+ community at risk.

Since a peace agreement was signed between Odinga and President Kenyatta, civilians and human rights defenders have yet to receive justice for the atrocities committed during the election period. Over 100 individuals are reported to have lost their lives as a result of the violent brigade led by Kenyan police against opposition members, as investigations continue to be evaded by state police. Additionally, HRDs and journalists in the country have reported abuses against their rights to free speech and freedom of association in spite of Kenyatta vowing to protect such rights under his new reign as president.

Violence against men and boys in low income areas of Kenya, and extrajudicial killings reflect the unlawful use of excessive force on behalf of police throughout the country. Since August 2018, police have killed 21 men and boys who were allegedly criminals. Kenya has consistently failed to honour its international human rights obligations, exemplified by extrajudicial killings, as well as threats, intimidation, and harassment of citizens on behalf of security forces.

On 26 May 2017, the African Court of Human and Peoples’ Rights in Arusha ruled in favour of the Ogiek community of Kenya following an eight-year legal battle. The Court found that the Kenyan government violated seven separate articles of the African Charter in a land rights case that dates back to colonial times. The Ogiek, 35,000 of whom are the victims in the landmark case, live in the Mau Forest Complex in the Rift Valley of Kenya and have been routinely subjected to arbitrary forced evictions from their ancestral land without consultation or compensation for decades. This is the first time the African Court, in operation since 2006, has ruled on an indigenous peoples’ rights case.[3]

A rise in threats and acts of intimidation against opposition and ruling party supporters in Navaisha, Nakuru county, was reported ahead of the elections, with authorities accused of being unwilling to investigate the threats.[4]

On 14 August 2017, the NGO Coordination Board within the Kenyan government revoked the Kenya Human Rights Commission’s (KHRC) official registration on the grounds of alleged tax evasion, the operation of four illegal bank accounts, and the employment of foreigners without valid work visas. KHRC has refuted the allegations stating that the organisation was allegedly deregistered to prevent it from issuing a legal petition challenging the 8 August election results. Similar allegations were previously levelled against the KHRC, and these issues were adjudicated before the high Court of Kenya in 2015 (KHRC vs. NGO Coordination Board 495 of 2015[5]), which ruled that deregistration of the organisation and the freezing of their accounts was unconstitutional, null, and void.[6]

In addition to KHCR, on 15 August 2017 the NGO Coordination Board ordered the Directorate of Criminal Investigations to immediately shut down the African Centre for Open Governance (AfriCOG) and arrest its directors. The NGO Coordination Board claimed that AfriCOG was operating without proper registration under the 1990 NGO Coordination Act, which could carry a prison sentence of 18 months. The NGO Coordination Board also advised the Bank of Kenya to freeze all bank accounts and funds of AfriCOG. Executive Director of AfriCOG, Gladwell Otieno, had asked the courts to compel the Independent Election and Boundaries Commission to open the electoral roll for public scrutiny prior to the August election. The NGO Coordination Board has no mandate over AfriCOG’s operations as it is registered under the Companies Act. Civil society organisations in Kenya can be registered under several laws. The Kenya Revenue Authority, together with Kenya Police officers, attempted to gain entry into the AfriCOG offices on 16 August 2017 without prior notice and with defective supporting documentation.[7]

A joint report issued on 30 May 2017 by Human Rights Watch and Article 19 outlined how journalists and bloggers reporting on corruption, disputed land acquisition, counterterrorism operations, and the 2007-2008 post-electoral violence, among other sensitive issues, faced intimidation, beatings, and job loss. Ahead of the August 2017 elections, the government of Kenya routinely attempted to obstruct critical media with legal, administrative, and informal measures, including threats, intimidation, harassment, online and phone surveillance, and in some cases, physical assaults.[8]

Emmanuel Namisi, a broadcast journalist for the Royal Media group, was assaulted at a Bungoma club on the night of 5 June 2017. Namisi said that men he identified as bodyguards of Kenneth Lusaka, governor of the western Kenyan county of Bungoma, threatened and assaulted him. He said the men were angry at a story he had written alleging they played a role in the death of a woman at a political rally three nights prior.[9]

Walter Menya, a journalist for the Sunday Nation newspaper, was arrested on 18 June 2017 on charges of “soliciting a bribe to write a damaging story” in relation to an article he wrote on the involvement of three senior public officials in providing illegal funding for President Kenyatta’s campaign. He was later released on bail on 20 June 2017.[10]

In early June 2017, the Communications Authority of Kenya released guidelines against the dissemination of “undesirable bulk political SMS and social media content” ahead of the August polls. The 12-page document gave authorities guidance for regulating speech over a number of channels, including text messaging, voice calls, blogs, document sharing sites, online discussion forums, and social networking sites. Authorities were concerned with the possibility that inflammatory claims could spread in ethnic languages, thus, the guidelines bared sending bulk content on telecommunications networks in any languages other than English or Swahili.[11] The guidelines were criticised for being unnecessarily restrictive, as broadcasters could be held accountable for all content aired on their platforms and social media users were required to be “polite, truthful and respectful” and to adopt a “civilised” tone when posting political content.[12] Moreover, on 17 July 2017, Communications Authority of Kenya Director-General Francis Wangusi warned that local administrators of WhatsApp groups could be held responsible for the spread of falsehood and hate speech on their networks.[13]

At least 10 journalists were assaulted and harassed while covering the post-election violence that broke out after the disputed results were announced on the evening of 11 August 2017. On 12 August, Kenya Television Network journalist Duncan Khaemba was reporting live from Nairobi’s Kibera slum when he was arrested with his colleague Otieno Willis for allegedly possessing a helmet and body armour without a proper license – Kenya’s Firearms Act (1954) classifies bulletproof vests as firearms and stipulates a license for their possession. Matina Stevis, a correspondent with the Wall Street Journal, alleged she was hit over the head by security forces with a wooden stick on 12 August. Neil Shea, a freelance journalist shooting a documentary in Kibera, said he was attacked by four or five security officers who beat him and destroyed his camera. Similarly, Simon Achola, a reporter with the Kenya Broadcasting Corporation said that security personnel took his phone and deleted his photographs of the protests. Several other journalists such as freelance reporter Caleb Kingwara and Nation Media group Evans Habil, said they were attacked by civilians while covering the events after the election. [14] In the western city of Kisumu, an opposition stronghold, police officers blocked journalists from approaching demonstrators altogether.[15]

Kenyan MP Paul Ongili, better known as Babu Owino, was arrested and charged with two counts of subversion and uttering abusive words against President Kenyatta after comments he made during an opposition rally on 25 September 2017.[16]

The Standard newspaper reported on 17 July 2017 that national security units had shipped crowd-control equipment, such as vehicles, guns and tear gas, into Kenya in anticipation of potential violent demonstrations following the August elections.[17]

On 28 September 2017, hundreds of University of Nairobi students protesting against the detention of opposition member Paul Ongili Owino clashed with police around their campus. Videos later emerged showing students being dragged from their dormitories and beaten by security forces.[19] Administrators closed the university on 3 October citing fears for students’ safety in a planned protest over the beatings.[20]

At least one person died on 2 October 2017 during protests in Siaya town, west of Nairobi, against the national electoral commission. That same day, police fired tear gas at demonstrators who lit fires and blocked roads in Nairobi, and opposition stronghold Kisumu in western Kenya.[21] 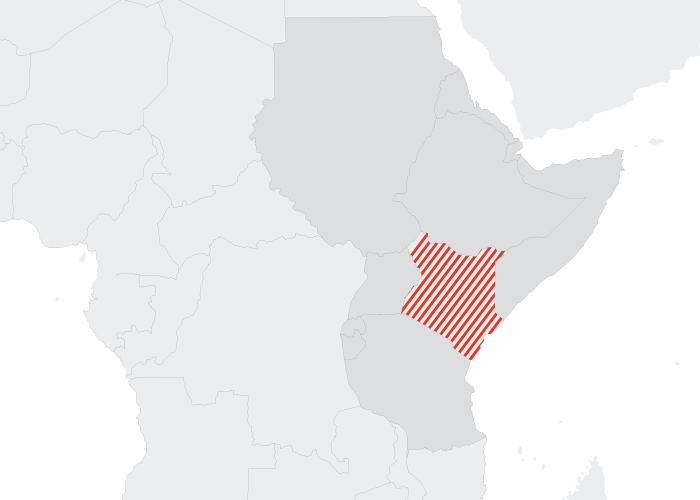 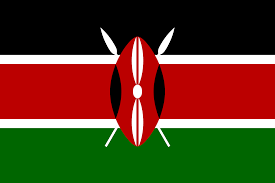 The Universal Periodic Review (UPR) is a unique process which involves a review of the human rights records of all United Nations Member States. The

John Waweru was the director of Githunguri Constituency Ranching Company and an avid and committed human rights defender working towards the promotion and protection of economic and social rights.

NCHRD-K and DefendDefenders are alarmed at the trend of attacks against human rights defenders in Kenya related to their work on land and environmental rights. Mr Waweru was at the forefront of advocacy against forced evictions of individuals residing on contested land in Kiambu County.

The killing of John Waweru, which is believed to be related to his human rights work, comes shortly after the UN Human Rights Council adopted a resolution on the protection of human rights defenders addressing economic, social and cultural rights (A/HRC/31/L.28) in March 2016.

The NCHRD-K and DefendDefenders express grave concern about the lack of accountability for perpetrators of harassment, intimidation, and physical and sometimes lethal attacks against human rights defenders in Kenya.

Joel Ogada, a human rights defender in Kilifi County who has been a leading advocate for land rights against the neighbouring Salt farms has faced three criminal charges, one of which resulted in him being sentenced to two years in prison after appeal. He was released in September 2015 and barely six months after his release, in March 2016, he was rearrested and charged with attempting to kill.

In 2013, Hassan Guyo, the Programme Director for Strategies for Northern Development (SND), an organization that promotes human rights for women and children and works on refugee and human trafficking issues in Moyale was killed by security forces. In 2009, HRDs Oscar Kingara and Paul Oulu of Oscar Foundation were shot dead in Nairobi. In all of these matters, no one has been held to account and police investigations have been inconclusive.

The protection and promotion of the work of HRDs is anchored in international human rights norms. In 1998, a UN General Assembly resolution adopted the UN Declaration on Human Rights Defenders that codifies the international standards protecting the activities of HRDs around the world. Though not binding, the provisions within this document are echoed in the Kenyan constitution. Despite these international standards, HRDs in Kenya are still operating in a hostile environment.