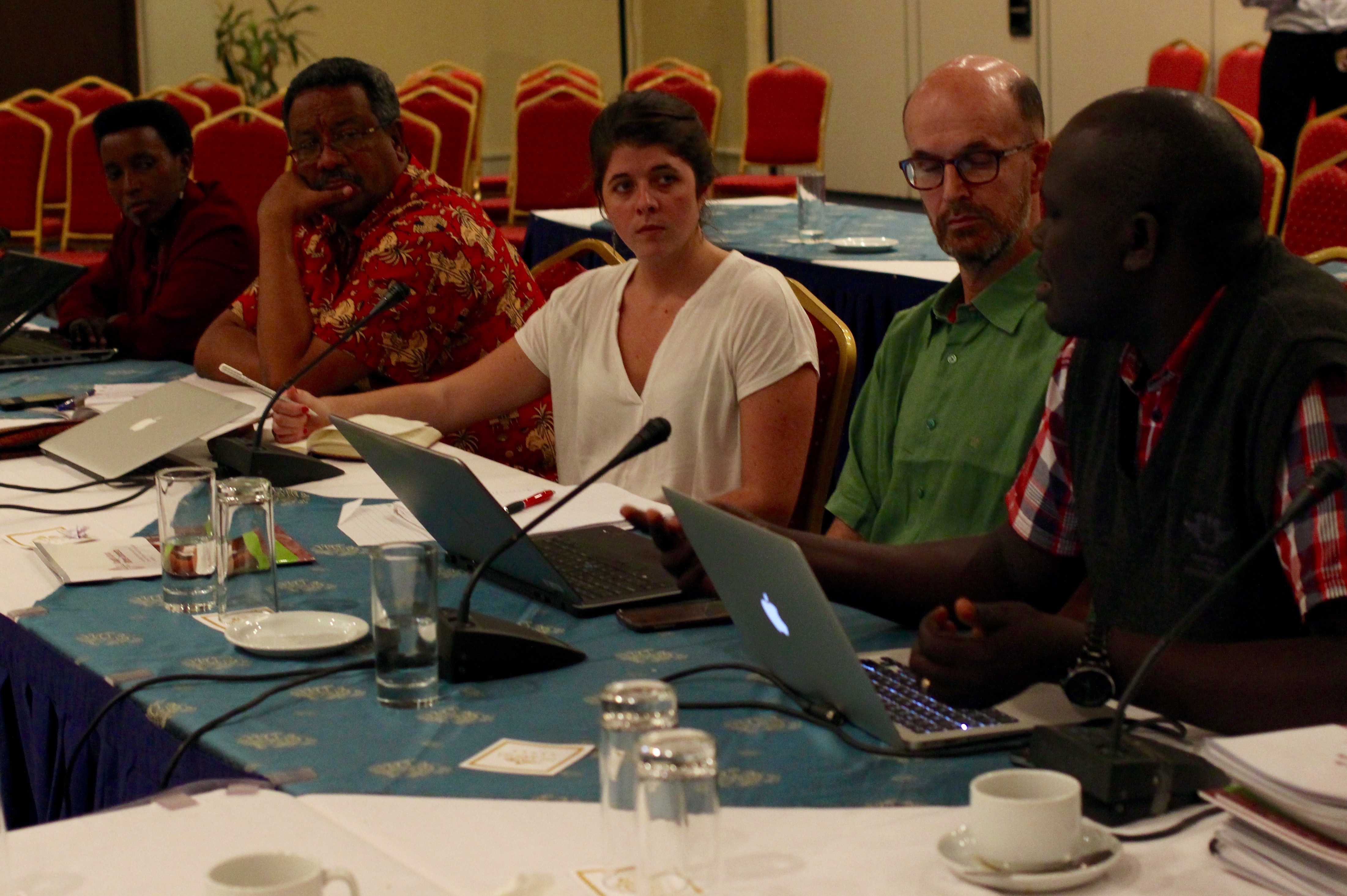 Prior to the ordinary sessions of the Commission, an NGO forum is convened that brings together national, regional and international non-governmental organisations working on democracy and human rights issues in Africa. The Forum provides a platform for organisations to actively engage with the Commission and discuss human rights issues, and provides endless networking opportunities.

Some of the key outcomes from the Forum were the country and thematic resolutions adopted following discussions of special interest groups, outlining civil society’s priorities in the Commission’s Ordinary Session to follow. Important to note was the resolution adopted for countries under review, including Kenya, whose periodic report was considered at this session. The resolution addressed the shrinking space for civil society in the country, which is a trend across countries in the East and Horn of Africa sub-region, and provided concrete recommendations to the Commission.

Eighteen critical resolutions were adopted, including the resolution on the urgency for undertaking a fact-finding mission to Burundi, as was mandated by the African Union Peace and Security Council in October 2015. Since President Nkurunziza’s controversial decision to run for a third term in Burundi, the security situation in the country has spiraled out of control, with reports of widespread police brutality during protests and targeted killings. HRDs on the ground have reported a rise in targeted killings, harassment, physical attacks, arbitrary arrests, detentions and torture. Anti Third Term protests and government crackdown have led to over two hundred thousand people fleeing the country.

As part of our joint advocacy efforts to draw attention to the extremely worrying situation in the small Great Lakes nation, we supported a woman human rights defender among our delegation to convey a specific message to the human rights body: Burundi needs the support of African states and mechanisms now more than ever. The resolution that was passed reflects the Commission’s mandate to ensure that member states to the African Charter on Human and Peoples’ Rights fulfil their obligation to protect and promote human rights in their countries, and when they do not, to impose a high level of scrutiny into the offending states.

The renewal of the mandates of the Special Rapporteur on human rights defenders and the Special Rapporteur on freedom of expression and access to information in Africa reflects the commitment of the Commission to protect freedom of expression, assembly and association in Africa. Moreover the Commission’s resolution to renew the mandate of its Study Group on Freedom of Association and Assembly, directing it to specifically draft guidelines on Freedom of Association and Assembly in Africa, is a vital contribution to assist member states to address the current restrictions on civil society space. From the extensive research it has conducted, EHAHRDP has identified election periods as a priority area in the work to support HRDs, due to the heightened risks they present. It is therefore crucial that mechanisms like the Commission address these issues and take into account the danger elections can present to civil society space.

In line with elections, we held a successful side event on 3 November on the margins of the 57th Session to discuss the challenging environment elections create, within which human rights defenders have to operate. Panelists included human rights defenders supported by EHAHRDP that represented Uganda, Sudan and Burundi. There were important lessons to be drawn from Sudan and Burundi that held their elections earlier this year. The topics discussed included repressive laws to restrict freedoms of assembly, association and expression; increased harassment and surveillance of HRDs and CSOs; targeting the media and civil society involvement in attempted constitutional reforms ahead of elections; and the post-election backlash against human rights defenders.

Africa like the rest of the world has suffered brutal terrorist attacks. As a result many African governments have enacted anti-terrorism legislation that has unfortunately curtailed fundamental rights and freedoms. The response of African states to counter activities of terrorist groups such as Al Shabaab and Boko Haram, has at times had a devastating impact on civil society. In its 56th session in April 2015, the ACHPR adopted Guidelines on Human and Peoples Rights while Countering Terrorism in Africa, on the basis of Article 45 (1) (b) of the African Charter, which mandates the Commission to formulate standards, principles and rules upon which African governments can base their legislation. In this case many African states have passed anti-terrorism legislation that has instead been used to stifle dissent.

EHAHRDP organised a side event on the issue on 4 October, and among the panelists was Hon. Commissioner Reine Alapini Gansou, the Special Rapporteur on Human Rights Defenders in Africa, who discussed the importance of the Guidelines as we combat terrorism. Other speakers included human rights defenders from Cameroon and Kenya who both analysed the impact of anti-terror laws on human rights in their countries. I concur with her that the measures taken by African states to counter terrorism must fully comply with their obligations under the African Charter.

Our effort to bring change to this part of the world continues. EHAHRDP will strive to be part of the process advocating for human rights change in the East and Horn of Africa and I look forward to the upcoming sessions.