For its first annual meeting, ProtectDefenders.eu, an international consortium comprised of twelve organisations including DefendDefenders, warns about the worrying pattern of criminalisation used against Human Rights defenders throughout the world.

ProtectDefenders.eu, the EU Human Rights Defenders mechanism implemented by International Civil Society, has just concluded its first annual meeting of beneficiaries: human rights defenders at risk from all regions of the world who have benefited from the project gathered today in Brussels. The meeting aimed at reflecting on this first year of coordinated work to support defenders worldwide and at highlighting the worrying global phenomenon of criminalisation of human rights defenders.

To conclude the meeting, the twelve partner organisations of ProtectDefenders.eu have issued a public statement urging all national authorities to “publicly recognise the crucial role played by human rights defenders and protect them in all circumstances from any form of judicial harassment”. As stressed by Antoine Madelin, FIDH Director for International Advocacy and Chair of the Board of ProtectDefenders.eu, “Human Rights Defenders are the pillars of democracy and of the rule of law but are too often subjected to unfair criminal prosecution, in an effort to undermine their work in the defence of human rights.”

Since the launch of the project in October 2015, ProtectDefenders.eu has witnessed an increased criminalisation of defenders worldwide in reprisal to the conduct of legitimate human rights activities.

ProtectDefenders.eu held its meeting in Brussels under the motto “Defenders are not criminals” and brought together dozens of human rights defenders at risk supported by the EU mechanism during its first year of implementation, together with prominent representatives of NGOs, European institutions and Representatives of International and Regional Protection Mechanisms, including the United Nations Special Rapporteur on the situation of human rights defenders, Michel Forst. Participating defenders, coming from more than 20 countries such as Burundi, Honduras, Egypt, Bangladesh or the Russian Federation, shared their experiences of resilience in often dangerous and challenging situations and debated on the most effective strategies to counter criminalisation and pursue their work.

This meeting has also emphasised the main achievements and highlights of the first year of ProtectDefenders.eu. In the first twelve months, the EU Mechanism has provided more than 330 emergency grants to defenders at high risk, facilitating a rapid response to their legal, medical, security or emergency relocation needs in pressing circumstances. At the same time, ProtectDefenders.eu has successfully started and run a temporary relocation programme, disbursing more than 700,000 € in support of 74 temporary relocations in favour of 150 individuals, with the collaboration of host institutions worldwide and in the framework of the EU Temporary Relocation Platform.

The Project has also provided institutional and operational support to grassroots organisations, allocating more than 300,000 € through 32 grants. 1,300 defenders worldwide were trained to improve their security and protection in difficult contexts.

Finally, ProtectDefenders.eu has expanded its advocacy and outreach dimension, by conducting fact-finding missions and monitoring trials against defenders particularly in difficult countries, as well as carrying out initiatives to assist and connect isolated and vulnerable defenders throughout the world. ProtectDefenders.eu has coordinated more than 430 urgent alerts aimed at mobilizing the attention of concerned authorities, public and media on behalf of defenders at risk.

Human Rights defenders who attended the meeting positively assessed the first year of implementation of ProtectDefenders.eu. The twelve partners praised the EU strong support through the EIDHR of a project as ambitious and comprehensive as ProtectDefenders.eu. As pointed out by Andrew Anderson, Executive Director of Front Line Defenders and member of the Board of ProtectDefenders.eu, in the closing speech, “human rights defenders in danger around the world do benefit from this strong coordination between international civil society organizations and the institutions of the European Union.” 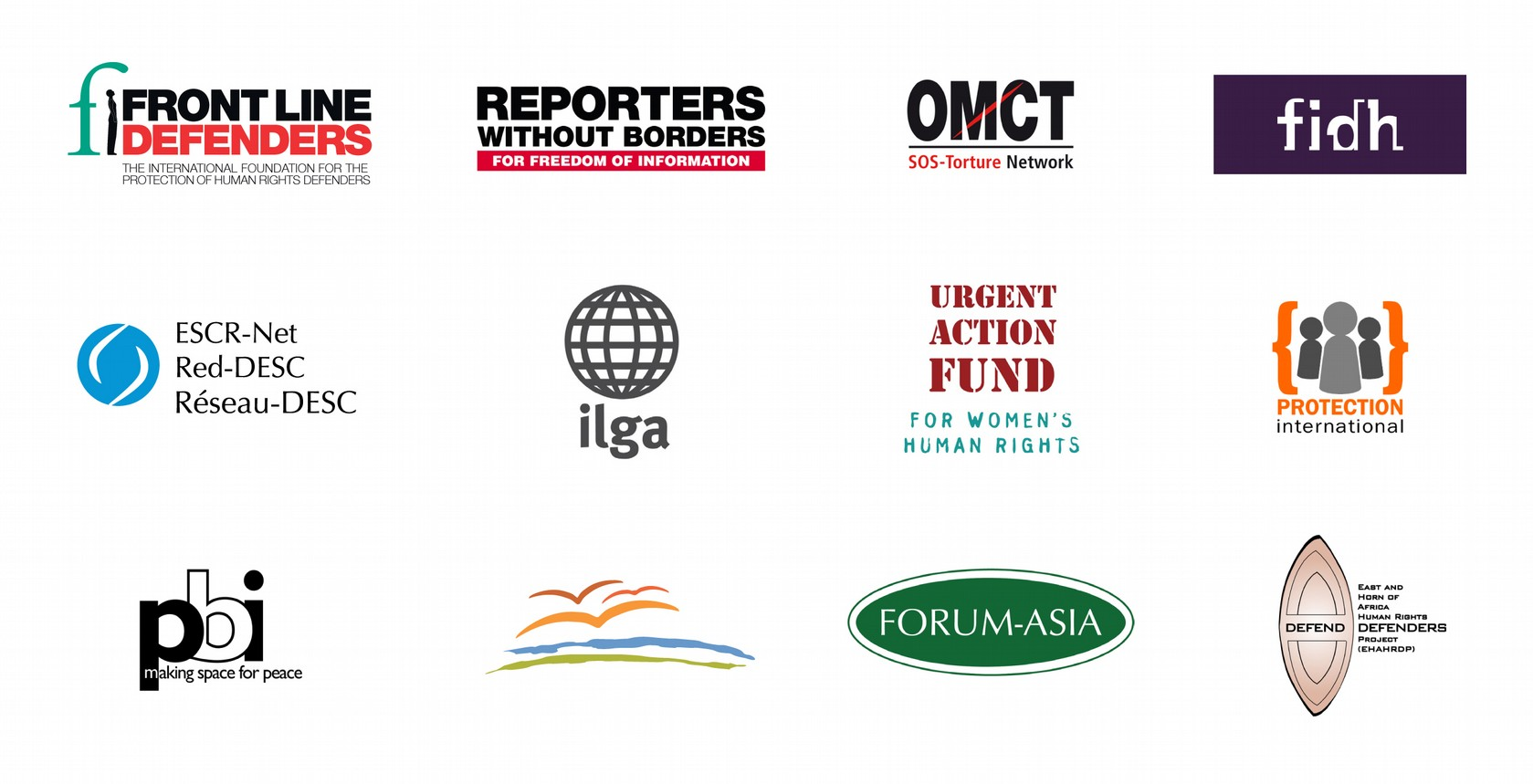