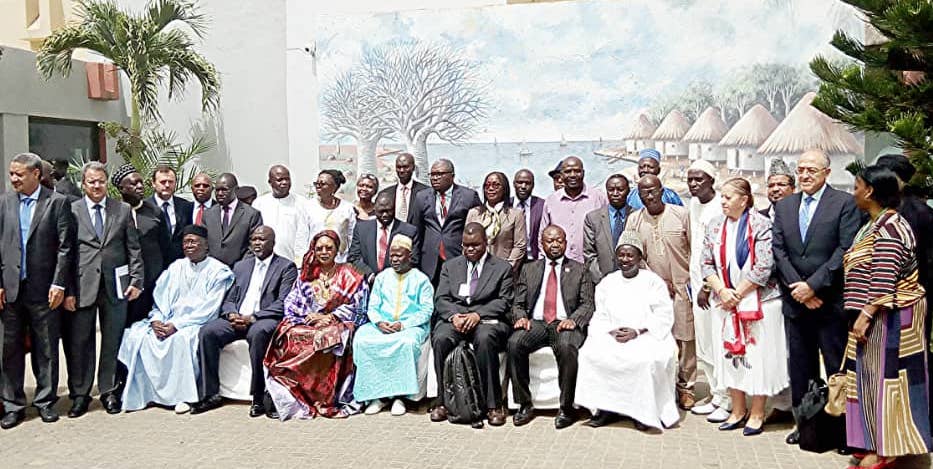 ACHPR: Reflections on the 63rd Ordinary Session of the African Commission on Human and Peoples Rights

This year, as we commemorate 70 years of the Universal Declaration of Human Rights (UDHR) and 20 years of the UN Declaration on the Right and Responsibility of Individuals, Groups and Organs of Society to Promote and Protect Universally Recognized Human Rights and Fundamental Freedoms; we take stock of the situation of human rights defenders (HRDs) across the globe, particularly in East and Horn of Africa. The situation is precarious in many of the countries in this sub-region. Nonetheless, courageously, HRDs continue to be at the frontline of the protection of human rights and fundamental freedoms set out in the UDHR.

The work of the African Commission on Human and Peoples’ Rights (the Commission) remains critical to the achievement of the major objectives of the African Union (AU). It is in that vein that the AU established an African Court on Human and Peoples’ Rights to complement and strengthen the work of the Commission. However, we observe that the Commission’s mandate is at risk. As Honourable Justice Tujilane Chizumila noted during the opening of the 63rdOrdinary Session of the Commission, it is deplorable to see growing concerns and misunderstanding on how human rights institutions and organs should discharge their mandates. This is contrary to the AU’s Constitutive Act and the African Charter on Democracy, Elections and Governance, particularly the rule of law and independence of adjudicatory bodies.
buy zovirax online buy zovirax no prescription

We should therefore defend the institutions set up to promote and protect human rights. The Commission is a crucial regional mechanism providing an avenue for HRDs and victims of human rights violations to seek justice on a continent where domestic mechanisms are often ineffective. DefendDefenders joins the call by like-minded civil society organisations and defenders to safeguard the independence of the Commission. We welcome ACHPR/Resolution 400 (LXIII) 2018 that calls on the AU member states to respect the normative standards and institutional frameworks established by the African Charter on Human and Peoples Rights (the Charter), including by supporting the Commission which was established to promote, protect and interpret the rights set out in the Charter.

During this session, we prioritised our advocacy efforts on the human rights situation in Burundi, Sudan and Tanzania. Civic space in Tanzania has progressively deteriorated since 2015 when President John Magufuli took power, with a heavy clampdown on civil and political rights, particularly the rights to free expression, association and assembly. We noted a large number representatives from Tanzania’s civil society organisations at this session.
buy prelone online pavg.net/wp-content/themes/twentynineteen/fonts/new/prelone.html no prescription

They displayed a united front as they pursued a common objective of highlighting the critical human rights situation in their country. Their joint actions illustrate the need of synergy of actions towards the same cause.

On 24 October, we submitted a bi annual report to the Commission, that is a compilation of the human rights situation in the 11 countries under our mandate. The reports illustrate an accelerated degrading civic space in the East and Horn of Africa, and thus the need to amplify our voices calling all actors to respect and protect human rights.
buy tadacip online nouvita.co.uk/wp-content/themes/twentynineteen/inc/new/tadacip.html no prescription

We further delivered a statement on the human rights situation in Africa focusing on Burundi, South Sudan, Sudan and Tanzania.

On 25 October, in collaboration with Allied Citizen Participation (CIVICUS), DefendDefenders hosted a side event on the status of civic space in the East and Horn of Africa where one of our delegates spoke to the situation in Tanzania. Furthermore, we used the opportunity to highlight the findings from our report ‘Spreading Fear, Asserting Control, Tanzania’s assault on Civic Space’ where we documented the various restrictions on civic space in the country and call on relevant actors including the international community to act to prevent an already volatile situation from escalating further.

Despite the growing concerns in the sub-region, we note as positive and welcomed the progressive reforms in Ethiopia. However, we are emphasising the need for accountability for the human rights violations committed during the mass protests in preceding years.
buy red viagra online pavg.net/wp-content/themes/twentynineteen/fonts/new/red-viagra.html no prescription

The human rights situation in Burundi remained on top of our agenda as we closely monitor the country situation. This session provided space for victims and researchers of enforced disappearances in Burundi to speak to their experiences at a panel discussion cosponsored by DefendDefenders. The event brought together civil society organisations and Commissioners. Panelists presented the state of human rights in Burundi, highlighted cases of enforced disappearances, and explained its impact on the communities in the country. This event presented an opportunity to show solidarity with victims of enforced disappearances and their family by exhibiting pictures of over 80 disappeared individuals, all documented by FOCODE and its Ndondeza campaign. The panelists called on the Commission to keep Burundi on its agenda.

DefendDefenders is therefore pleased that the Commission maintains Burundi on its agenda and adopted a resolution to that effect. We reiterate the Commission’s call to all stakeholders to intensify their efforts, actions and support for a peaceful resolution of the crisis in strict observance of human rights and protection of Burundian populations while ensuring that all parties involved in the crisis are held accountable for their actions.

With regards to Sudan, Sudanese authorities have dispersed peaceful protests with excessive force, further restricted the space for free expression, targeted HRDs, journalists and arbitrarily detained and prosecuted citizens. Additionally, women human rights defenders continue to face targeted discrimination, and gender and sexual based violence. Violations, including torture and ill treatment by national security officials, as well as in the conflict areas of Darfur, South Kordofan and Blue Nile, have continued unabated. In light of these developments, DefendDefenders, Amnesty International, and the African Centre for Justice and Peace Studies, organised a parallel event on 25 October to discuss ongoing violations and abuses, and what the African Commission needs to do to fulfil its mandate with regards to Sudan.

Our work at the Commission remains a priority and DefendDefenders pledges to continue supporting the Commission to achieve its objectives to protect and promote human and peoples’ rights as stipulated in the African Charter.