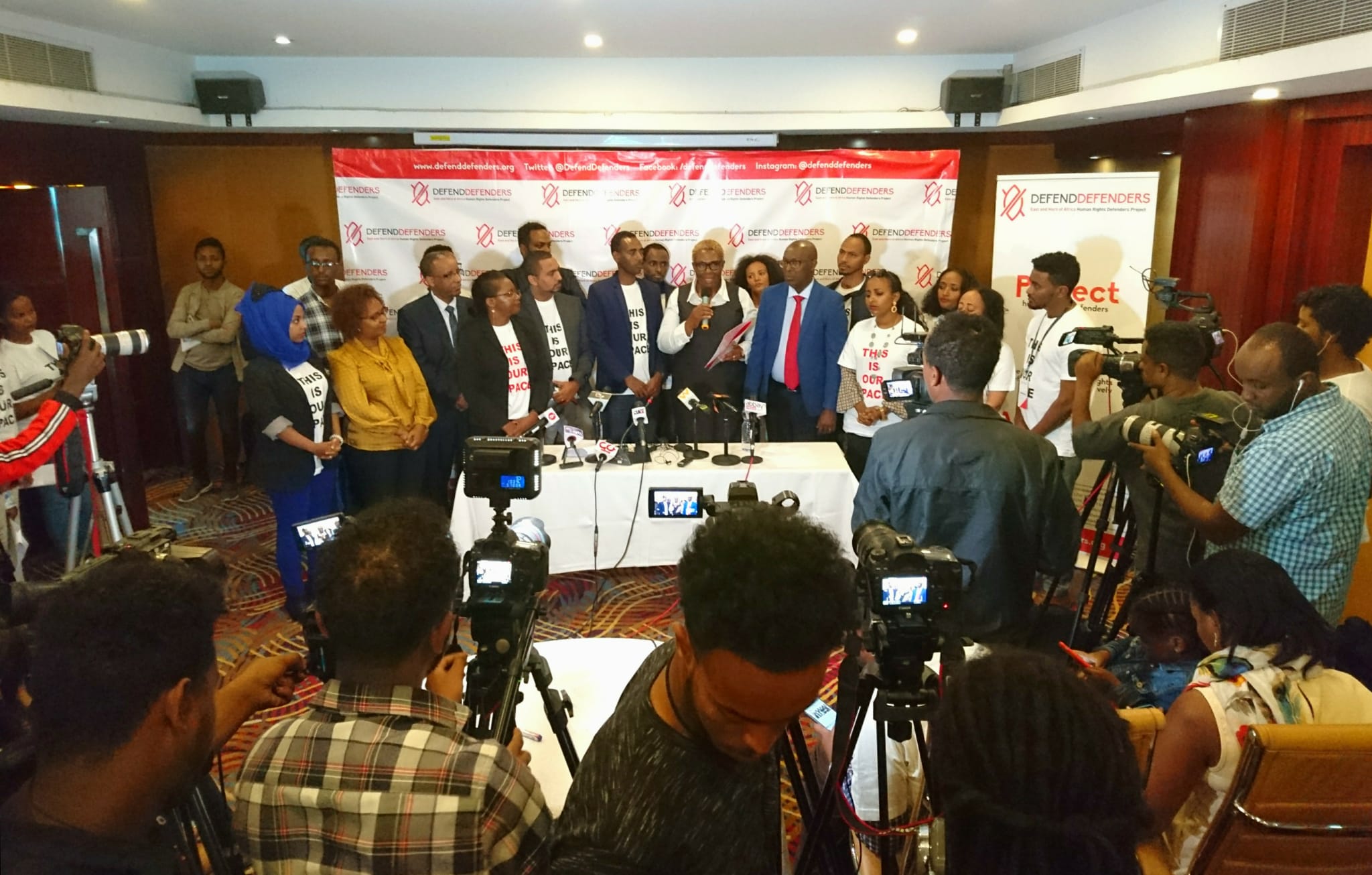 Resolution on the Establishment of the Ethiopian Human Rights Defenders Coalition

Recalling the commitment of the member states of the African Union in the Grand Bay (Mauritius) Declaration to implement the provisions of the United Nations Declaration on the Right and Responsibility of Individuals, Groups and Organs of Society to Promote and Protect Universally Recognised Human Rights and Fundamental Freedoms, commonly known as the ‘’Declaration on Human Rights Defenders,’’ adopted by the United Nations General Assembly on 9 December 1998;

Further recalling the aspirations outlined in the African Union Agenda 2063, particularly aspirations 3 and 4 aiming for an “Africa of good governance, democracy, respect for human rights, justice and the rule of law”; and “a peaceful and secure Africa”;

Considering the Grand Bay Declaration and its Plan of Action adopted by the Organisation of African Unity (OAU) Ministerial Conference on the promotion and protection of human rights in Africa in 1999, the objectives and principles contained in the Constitutive Act 2000 of the African Union; and the Kigali (Rwanda) Declaration adopted at the first African Union Ministerial Conference on Human Rights in Africa in 2003;

Acknowledging the progressive Organisation of Civil Societies (CSOs) Proclamation Act no. 1113/2019 reflecting major provisions of the African Commission on Human and Peoples‘ Rights Guidelines on Freedom of Association and Assembly in Africa;

Deeply concerned about the specific challenges HRDs face in Ethiopia, including ongoing attacks from state and non-state actors, and a restrictive legislative and policy environment that impacts the security and the work of HRDs;

Noting the waves of repression that affected most civil CSOs and HRDs in Ethiopia over the last three decades, and the urgent necessity to largely rebuild a robust and effective CSOs movement, allowing for significant cooperation with regional and international actors through capacity-building, technical advice, joint projects, and collaboration to strengthen the capacity of local HRDs;

Reaffirming the principle on the rights and responsibility of individual groups and organs of society to promote and protect universally recognised fundamental human rights and freedoms;

Bearing in mind the need for synergy, cooperation, collaboration, and best practice sharing space among HRDs in Ethiopia;

Noting with high satisfaction the role played by AHRE, CERO, DefendDefenders, and EHRCO in convening HRDs from all the regions in Ethiopia, supporting and strengthening the work of HRDs in Ethiopia;

Resolve to establish a Steering Committee comprising of the following organisations and individuals:

Invite CERO to host the Secretariat of the Coalition with a coordination unit to oversee and manage its operations focusing on protection, capacity-building, and advocacy for the protection of HRDs in Ethiopia;

Call on the Steering Committee, with the support of DefendDefenders, to draft a constitution regulating the Coalition within 12 months;