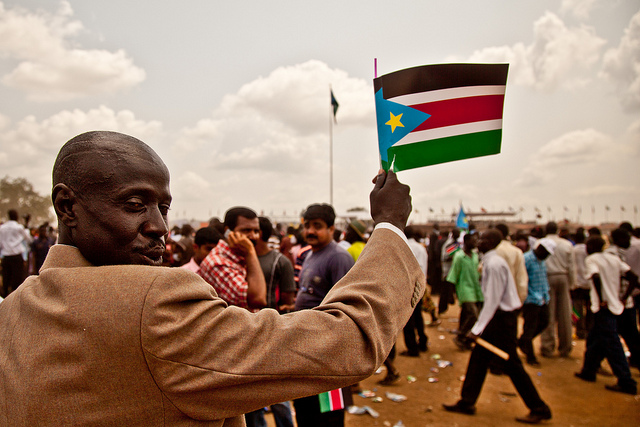 South Sudan: Defending Human Rights should be a priority for newly independent State

The East and Horn of Africa Human Rights Defenders Project (EHAHRDP) and the South Sudan Human Rights Defenders Forum (SSHRDF) express their solidarity with the people of Southern Sudan who celebrated their independence on 9th July 2011. Following the peacefully held referendum in January 2011, the newly independent Republic of Southern Sudan should seize the opportunity to build a state founded on respect for universal human rights.

The 9th-15th January referendum, conducted as part of the 2005 Comprehensive Peace Agreement (CPA) between the Government of Sudan and Sudan People’s Liberation Movement (SPLM) that ended 20 years’ civil war in which over two million lives were lost, was internationally commended for being free and fair. However, as an EHAHRDP fact-finding mission in December 2010 observed, the legacy of the war continues to have a significant impact on the protection and promotion of human rights in the country.

Before the referendum, human rights defenders, the media and civil society groups afraid of possible reprisals resorted to self-censorship or relied on international human rights organizations to document and disseminate information regarding human rights violations or emerging trends of human rights abuse. EHAHRDP and SSHRDF call on the Government of Southern Sudan to establish a strong institutional framework for the protection and promotion of human rights. This should include support and legal protection for individuals and groups engaged in the monitoring and highlighting of human rights violations in the country. Freedom of the media and expression should also be guaranteed by protecting journalists from harassment, intimidation or arrest.

“Independent civil society will play in a key role in independent South Sudan,” said Hassan Shire, executive director of the East and Horn of Africa Human Rights Defenders Project. “It is essential that the Government recognizes the value of human rights defenders to the development of the country and gives them the space to contribute fully.”

As states from around the world open their diplomatic missions, EHAHRDP and SSHRDF call upon the international community in South Sudan to prioritize the protection of human rights defenders. Specifically, EU delegations and member state missions should develop a local implementation strategy for the EU Guidelines on Human Rights Defenders

The East and Horn of Africa Human Rights Defenders Project is located in Kampala, Uganda and seeks to strengthen the work of human rights defenders throughout the region by reducing their vulnerability to the risk of persecution and by enhancing their capacity to effectively defend human rights. Since its founding in 2005 EHAHRDP has worked with human rights defenders in South Sudan and looks forward to working with the South Sudan Human Rights Defenders Forum (SSHRDF), formed in June 2011. SSHRDF seeks to establish a common ground for sharing positions and information regarding human rights issues.