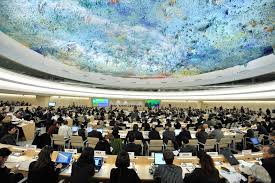 South Sudan: One small step for the United Nations, one giant leap for the victims

South Sudanese victims of atrocities are a step closer to redress. Today, the UN Human Rights Council (UN HRC) helped them close the justice gap by putting perpetrators on notice that impunity will not prevail.
buy propecia online gilbertroaddental.com/wp-content/themes/twentysixteen/inc/new/propecia.html no prescription

The Council unanimously adopted a resolution that extends the mandate of the UN Commission on Human Rights in South Sudan (the Commission) for one year, enables it to identify those responsible for crimes, and share this information with relevant justice mechanisms. DefendDefenders (the East and Horn of Africa Human Rights Defenders Project) welcomes this step forward and reminds all stakeholders that lasting peace will not be achieved without justice.
buy albuterol online gilbertroaddental.com/wp-content/themes/twentysixteen/inc/new/albuterol.html no prescription

“The Commission now enjoys one of the broadest mandates ever given to a UN investigating body,” said Hassan Shire, Executive Director of DefendDefenders today. “The resolution, just adopted by the UN’s top human rights body, gives an additional push to regional efforts toward ending impunity. The African Union should continue to urge South Sudan’s government to set up a Hybrid Court tasked with trying those accused of war crimes, crimes against humanity, and other violations.”

The UN HRC has been monitoring the human rights situation in South Sudan since civil war broke out in December 2013. In March 2016, it established the Commission—a team of independent UN investigators—and subsequently extended its mandate in March 2017. With today’s resolution, the Commission enjoys a broader mandate which includes monitoring and reporting on the human rights situation; collecting and preserving evidence of, and clarifying responsibility for gross violations and abuses of human rights, and making such information available to all transitional justice mechanisms; as well as providing guidance on transitional justice, accountability, reconciliation, and healing.

The African Union and the East African Intergovernmental Authority on Development (IGAD) have also exerted intense pressure over Juba’s authorities through the facilitation of peace talks, calls for a ceasefire, the establishment of a Commission of Inquiry, and issuing communiqués, including calls on South Sudan’s government to sign an agreement on the establishment of a Hybrid Court.

In its last report, the UN Commission found that some of the crimes committed in South Sudan may amount to war crimes and crimes against humanity, highlighting attacks against civilians on the basis of their ethnic identity, killings, abductions, torture, rape, gang rape and other forms of sexual and gender-based violence, deliberate denial of food, looting and destruction of villages, violence against children, recruitment of child soldiers, and attacks on schools and hospitals. In today’s resolution, the UN HRC echoed concerns over “ethnically motivated incitement to hatred and violence” and the fact that the situation “continues to be characterized by impunity.
buy xenical online gilbertroaddental.com/wp-content/themes/twentysixteen/inc/new/xenical.html no prescription

The government of South Sudan should immediately sign the Memorandum of Understanding (MoU) establishing a Hybrid (i.e., composed of national and African Union magistrates) Court to investigate and prosecute those responsible for human rights violations and abuses committed in relation to the conflict, as urged on several occasions by the African Union Peace and Security Council. The MoU is ready for signature, and there is no excuse to further delay it.

The UN HRC will publicly discuss the situation in South Sudan at its September 2018 and March 2019 sessions, and has deliberately left the door open to further extend the Commission’s mandate. Maximum pressure is now on Juba. The government of South Sudan should demonstrate responsibility and put an end to the cycle of impunity in the country, which fuels both the conflict and egregious human rights abuses.