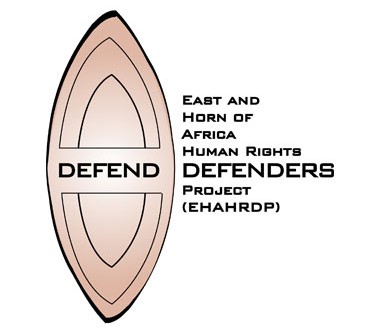 For example, on 18 June, a skills-building workshop for LGBTI human rights defenders organised by EHAHRDP was closed abruptly after police raided the training venue. Workshop participants, and guests and staff in the hotel where the meeting was taking place were effectively held hostage for over three hours while police attempted to identify and detain participants. Two EHAHRDP staff members and two workshop participants were also detained on a police bus. The police advised EHAHRDP to end the training and to deliver a copy of their registration and incorporation documents to the Criminal Investigations Department. EHAHRDP was further advised to seek approval from police institutions when such gatherings are scheduled in future in order to avoid more disruption. Local journalists arrived before the police and said that they had received a tip-off of the action from the Minister of State for Ethics and Integrity, Hon. Rev. Fr. Simon Lokodo.

Coming just four months after the Minister of State for Ethics and Integrity shut down another capacity building workshop organised by LGBTI activists in February and sought to inspect training materials being used, the interruption of EHAHRDP’s workshop highlights a trend of violations of freedom of association and assembly in Uganda. Four of the activists involved in the February events – Jacqueline Kasha Nabagesera, Frank Mugisha, Pepe Julian Onziema and Geoffrey Ogwaro – have filed a suit against the minister and the Attorney General on the grounds that the closure violated their freedom of assembly, as guaranteed under the Ugandan constitution. The case is scheduled to be heard at the High Court on 25 June.

On 1 June, Uganda’s Minister for Internal Affairs called for increased regulation and supervision of NGOs in response to a civil society report detailing cases of land grabbing in Uganda. He accused the authors of the report – Uganda Land Alliance and Oxfam – of “peddling lies” and urged NGOs to share their reports with the government before releasing them to the public.

In March, the Governor of the Bank of Uganda wrote to all commercial banks to provide information about the financial transactions of an environmental group, the Advocates Coalition for Development and Environment, which hosted a gathering of over 300 local councillors to discuss governance issues under their National Local Government Councillors Association.

Civil society members are increasingly being accused of being agents of the political opposition or foreign powers out to “destabilise” the government. President Museveni posed a rhetorical question in parliament in February while speaking on Uganda’s energy policy: “Who is civil society? These are some individuals in the employ of foreign NGOs.” This is rhetoric often employed by governments seeking to restrict their domestic civil society.

“The situation in Uganda is rapidly deteriorating as civil society members are being intimidated in an attempt to stop them airing their views,” says Hassan Shire, Executive Director of EHAHRDP. “Respect for freedom of expression, association and assembly are all essential foundations of a democratic and rights-respecting society.”

The Ugandan Parliament is currently considering the Public Order Management Bill 2011, which would place a number of restrictions on the freedom of assembly, including the requirement to inform the police seven days in advance of holding public meetings; prohibitions on the use of public address systems without prior police permission; and the prevention of demonstrations near important official buildings. The bill also gives the police broad powers to control public assemblies, empowering them to ‘direct’ the conduct of public meetings and interfere with demonstrations on vaguely defined grounds. Further, violations of the proposed law carry a disproportionately high penalty of two years’ imprisonment.

Current laws governing NGOs in Uganda create a highly restrictive regime, allowing unwarranted interference into NGO activities. NGOs are subjected to excessive bureaucratic control through mandatory registration, which is subject to broad executive discretion. Additionally, government officials are granted wide-ranging powers to limit the scope of NGO activities. For example, NGOs are required to give seven days’ advance notice in writing to local authorities if they intend to make direct contact with people in their area of operation.

“The Ugandan government is showing scant regard for its international obligations,” says Netsanet Belay, Policy and Research Director at CIVICUS. “Democratic governments and multilateral institutions, including the UN and the African Union, have a responsibility to highlight this reality to the Ugandan authorities.”