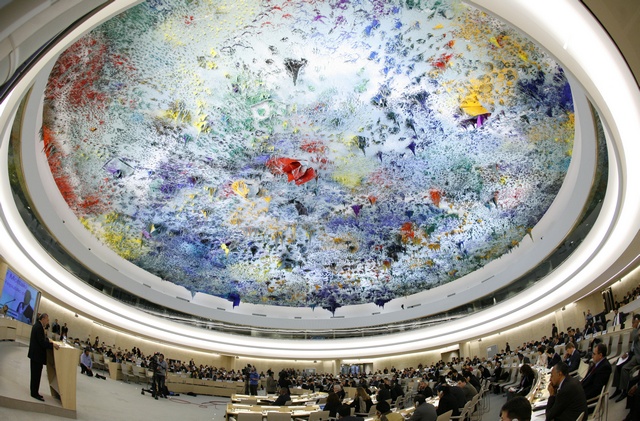 RE: Open letter concerning the crackdown on peaceful protests and the wave of arbitrary arrests and continued incommunicado detentions by Sudanese government forces

We, the undersigned Sudanese, African and international organisations, write to you in your capacities as Special Procedure mandate holders to draw your attention to the worrying developments concerning the excessive use of force by Sudanese authorities to disperse peaceful protests across Sudan. We urge you to call on the Government of Sudan to respect the peoples’ rights to freedom of assembly, association and expression as guaranteed in international standards and UN treaties ratified by Sudan and refrain from using excessive force to disperse protests.

The Sudanese authorities’ reaction to the recent January 2018 protests is contrary to Sudan’s commitment to respect human rights and fundamental freedoms enshrined in regional and international treaties to which it is party. Since 7 January, the authorities, including the National Intelligence and Security Service (NISS) and police have beaten peaceful protestors with sticks and batons and fired tear gas and live ammunition into crowds. On 7 January, in El Geneina,

West Darfur one student was killed and six other students were injured after joint forces of the National Intelligence and Security Services and Sudanese Police used live ammunition to disperse a peaceful student march.1 At least 5 people were killed and 26 others sustained gunshot wounds when joint forces of the Sudanese Armed Forces (SAF) and Rapid Support Forces (RSF) opened live ammunition on a crowd of protestors at Hasahisa camp for internally displaced persons (IDPs) in Zalingei, Central Darfur, on 20 January.2

From 6 January to 6 February, the security forces have arrested and detained scores of Sudanese citizens including opposition political party leaders, human rights defenders/activists, journalists, student activists and others for prolonged periods without charge or trial.3

We are concerned about the prolonged detention, in most cases incommunicado, of individuals under NISS custody feared to have been abused or at risk of abuse as well as those of advanced age with serious health conditions. The lack of access to lawyers and family members for the detainees, together with the well-documented use by the NISS of torture and other forms of ill-treatment against detainees, particularly whilst held in unknown locations, gives rise to serious concerns for their safety.

We are also concerned about the repeated confiscation by the Sudanese authorities of national newspapers to prevent the coverage of the nationwide January 2018 protests, often at great cost to the newspapers. These restrictions have indirectly caused newspapers to self-censor, limiting the availability of information in order not to cross “red lines”. Censorship is often ramped up around key events with post-print censorship, whereby entire print-runs of daily editions are confiscated prior to morning distribution. Authorities also tightened restrictions to prevent coverage of the nationwide anti-austerity protests in 2013, in April 2015, to prevent coverage of an elections boycott by opposition parties and again in November 2016 to prevent coverage of the civil disobedience campaign protesting anti-austerity measures introduced in early November.

The January 2018 incidents are the latest examples of an ongoing pattern of abuse. In September 2013 government forces used live ammunition to disperse peaceful protests, killing more than 170 protesters and detaining at least 800 protesters without charge. Many of those detained were subjected to ill-treatment in detention. There has been little or no accountability for the deaths, injuries and various other abuses perpetrated by Sudanese authorities against protesters.

A patchwork of legal immunities effectively shields government forces from criminal prosecution and accountability. In Sudan, complaints against a member of the security services are effectively curtailed by immunities in legislation governing the SAF, NISS and police for acts committed “in good faith” and “in the course of duty”. Immunities can only be waived by the relevant governing bodies of the Ministry of Interior, Defence or Director of the NISS. The ACHPR considered the issue in a number of cases against Sudan, finding that immunities are incompatible with the right to an effective remedy under the African Charter and concluding that Sudan’s legal system does not provide effective remedies for victims of human rights violations.4

We, the undersigned African and international organisations, condemn the unlawful killings, arbitrary and continued incommunicado detentions, torture and other forms of ill-treatment, excessive use of force and post-print censorship by government forces. We urge you to reiterate to the Government of Sudan that all Sudanese have the right to freedom of expression, association, and assembly including freedom of the media. We further urge you to call on the Government of Sudan to: