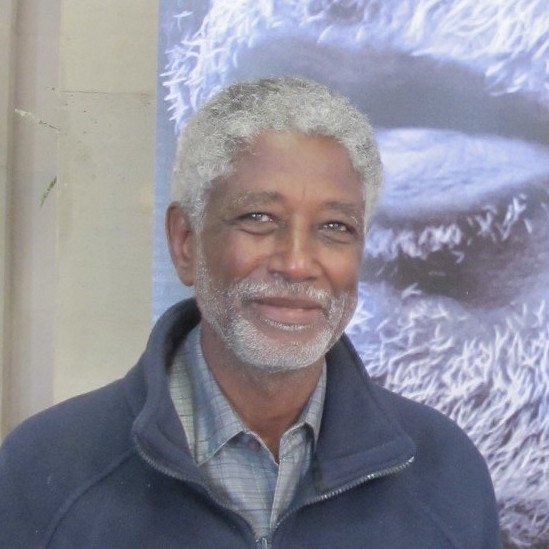 Sudanese authorities have been unjustly holding Dr. Mudawi Ibrahim Adam, Hafiz Idris, and Mobarak Adam Abdalla, three human rights defenders, and have charged them with ‘crimes against the state which carry the death penalty, 30 human rights groups and individuals said today. Dr. Mudawi Ibahim Adam and Hafiz Idris have been held for approximately seven months, and Mobarak Adam Abdalla for over three months. Authorities should immediately release the men and drop the bogus charges against them, the groups said.

Authorities are also holding seven other human rights activists in detention, some apparently solely because they are alleged to have had contacts with international human rights organizations. These individuals also face criminal charges in a related case. A trial date has not yet been set. Sudanese authorities should also immediately drop all criminal charges related to their legitimate human rights work and release the group.

Sudanese national security officials arrested Mudawi and Hafiz on December 7 and November 24, respectively, and held both men in detention in Khartoum for over five months without charging them with any offence. Mobarak, a student at El Fashir University who participated in the 15th Creative Student Festival in Khartoum, was arrested on 25 March 2017. Credible sources report that Hafiz and Mobarak were severely beaten, and that Hafiz was given electric shocks and forced to make a confession. Dr. Mudawi has been denied essential medication. All three men are currently being held in Kober prison. The next court session for Mudawi, Hafiz and Mobarak will take place on July 20.

On March 26, the prosecutor called for Mudawi and Hafiz’s release on bail, but the National Intelligence and Security Services (NISS) refused to release them. Instead, on May 11 the Attorney General charged both men with crimes under the 1991 Criminal Act: article 21 (Joint acts in execution of criminal conspiracy), article 50 (Undermining the constitutional system), article 51 (Waging war against the State), article 53 (Espionage against the country), article 64 (Provoking hatred against or amongst sects), article 65 (Criminal and terrorist organizations), and article 66 (Publication of false news). Two of the charges carry the death penalty.

Mobarak was only added to the case at an unknown date in late May. Authorities alleged that Mudawi, Hafiz, and Mobarak assisted in the production of the Amnesty International report “Scorched Earth, Poisoned Air: Sudanese Government Forces Ravage Jebel Marra, Darfur”, which alleges the Sudanese Government used chemical weapons in Jebel Marra. This attempt to implicate them in Amnesty’s work on chemical weapons is another cynical ploy to punish them for their legitimate work. The charges are baseless, and should be dropped.

Our organizations are concerned that Sudanese authorities cannot guarantee a fair trial. In a recent example, employees of TRACKs who faced similar trumped-up charges were sentenced to a year in prison and a fine after 24 court sessions. They were detained 86 days without charge. The trial proceedings did not comply with international fair trial standards including the right to a public hearing. The defendants were not given a written list of the charges they faced, or copies of the evidence for the alleged crimes in order to prepare a defence for court. We are also concerned about Sudan’s long record of abuse of detainees. Our organisations have reported on patterns and cases of torture and ill-treatment in state custody, including sexual violence.

We call on the Government of Sudan to guarantee the safety and physical and psychological well-bring of all detainees, and to immediately release Mudawi, Hafiz, and Mobarak and all other human rights defenders detained on trumped up political charges. In the event that the authorities fail to drop the bogus charges against them, we also affirm the rights of Mudawi, Hafiz and Mobarak to a fair trial before an impartial, independent, and competent tribunal.

International organizations have repeatedly called for release of Mudawi and Hafiz and expressed concern about the conditions of detention. The European Union and the United Nations Independent Expert on the human rights situation in Sudan, Aristide Nononsi, have both issued statements concerning Hafiz and Dr. Mudawi’s ongoing detention.

Hafiz Idris, a human rights defender from North Darfur, was arrested by the National Intelligence and Security Services (NISS) from Dr. Mudawi’s home in Khartoum on 24 November 2016. Dr Mudawi, winner of the 2005 Front Line Defenders Award for Human Rights Defenders at Risk, was arrested by the NISS from the University of Khartoum, where he is a professor in Mechanical Engineering, on 7 December 2016 alongside his driver, Adam El-Sheikh Mukhtar. Both men’s families were not officially alerted to their arrest by the NISS until one week later.

Mobarak Adam Abdalla was arrested by the NISS in Khartoum on 25 March 2017 after participating inthe 15th Creative Student Festival in Khartoum. He was held incommunicado at Kober prison without access to his family or lawyers from 25 March – 20 June 2017, and subjected to daily interrogations at the NISS offices in Shande. He was added to Mudawi and Hafiz’ case at an unknown date in late May. Very little is known about his case, other than that he is alleged to have provided information to Hafiz.

Adam El Sheikh Mukhtar was released without charge on 13 March 2017 after being detained for over four months, though his present legal situation remains unclear, alongside a number of other individuals detained and subsequently released because of their alleged links to Dr. Mudawi. Seven others are currently facing criminal charges in a related case which does not yet have a trial date, including Abu Bakar Omar Ishag, Abdelhamid Abdelkareem Abdalla, Mukhtar Ishag Abakar, Naser Aldeen Oshar Adam, Musa Ahmed Siraj, Adam Ahmed Al Bashir Abdel Bahri, and Sidig Ahmed Abdallah. It is believed that Hafiz will also stand trial in this case.

Both Mudawi and Hafiz were held incommunicado without charge or access to their lawyers until 15 February, when they were transferred from a NISS detention facility near Shandi Bus Station to a wing of Kober prison. Their transfer came shortly after Dr. Mudawi went on a hunger strike in late January and February protesting his continued detention without charge.

Family members who were allowed to see Dr. Mudawi at the NISS facility on 27 January reported that Dr. Mudawi appeared to be in poor health with visible weight loss, and that the NISS had prevented him from receiving essential medication for a pre-existing heart condition. Between 7 December and 15 February, Dr. Mudawi was allowed three brief visits from family members, all of which were supervised by the NISS. Hafiz was not allowed visits by his family until after his transfer to the Office of the State Prosecutor on 15 February.

Hafiz was also detained at the NISS facility then transferred to Kober. On 15 February 2017 Hafiz told his lawyer that he had been severely tortured, including by beatings and electrical shocks, and forced to make a confession, in which he falsely stated that he and Dr. Mudawi had received funds from the American embassy in Khartoum. Hafiz also reported that he was repeatedly kicked in the testicles until he urinated blood. Hurriyat newspaper also reported that Hafiz was taken to the hospital in late December for treatment following beatings received in NISS custody.

A British journalist held by the NISS for two months, Phil Cox, reported in April on Channel 4 that he was detained next to Dr. Mudawi, and saw NISS officials force him to sit in the sun for long periods and stated that Dr. Mudawi was held in an overcrowded cell.

The NISS enjoys broad powers of arrest and detention under the National Security Act 2010 (NSA), which provides that suspects can be detained for up to four-and-a-half months without judicial review. NISS officials often use these powers to arbitrarily arrest and detain individuals, many of whom have been tortured or subjected to other forms of ill-treatment. Under the same Act, NISS agents are provided with protection from prosecution for any act committed in the course of their work, which has resulted in a pervasive culture of impunity.