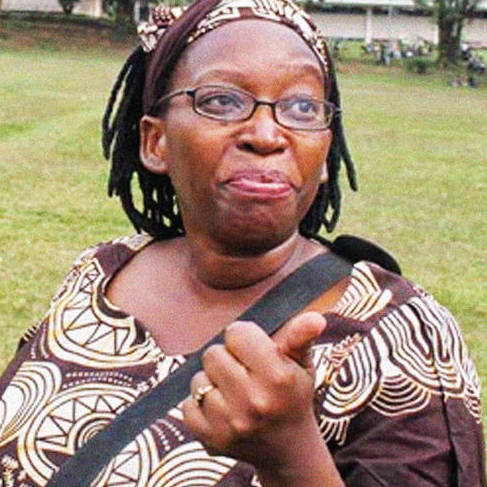 The Ugandan government must guarantee Dr. Stella Nyanzi, an academic and vocal social media critic a fair trial and respect of due process and court orders during her trial, the National Coalition of Human Rights defenders – Uganda (NCHRD-U) and the undersigned organisations said today. These organisations further condemned the kidnap and torture of NTV journalist Gertrude Uwitware by unknown assailants; commend the police for taking action to ensure her safe return and further urge for thorough investigations to bring her abductors to justice.

“We express deep concern towards the rising critical cases of violations of fundamental rights to freedom of assembly, association and expression as enshrined under Article 29 of the 1995 Ugandan Constitution and various ratified international legal instruments,” the organisations said today.

Dr. Nyanzi, a single mother of three, has since been arraigned in court on charges of cyber harassment and offensive communication under the Computer Misuse Act[2] to which she pleaded not guilty. As the wheels of justice start to roll, it is important that the court process is respected and that Dr. Nyanzi’s rights are respected. This includes her right to be presumed of sound mind and the right to apply for bail since the crime she is charged with is a bailable offence.  We further urge the state to consider dropping all the charges against her immediately and unconditionally release her.

On the 8 April 2017, despite reporting threats against her life after posting a blog supporting Dr. Stella Nyanzi on the First Lady, unknown assailants kidnapped NTV reporter Gertrude Uwitware[3] in broad daylight along a busy and one of the safest streets in Kampala. She was reportedly blindfolded, driven around Kampala before being detained at an unknown location. During this horrendous 12-hour-kidnap-ordeal, she was beaten, threatened and had her hair cut off. The Uganda Police Force has since issued a statement denying knowledge of the assailants but committed to investigate the circumstances under which the kidnap occurred.

We commend the work of all Human Rights Defenders (HRDs) working for justice, standing in solidarity with journalists and activists as defenders advocating and working on human rights in Uganda who, regrettably, continue to face intensifying threats and are increasingly targeted for their work, the groups said.

Human rights defenders operating in Uganda have used a variety of legitimate methods to draw attention to human rights violations and to seek accountability. The groups further express concern with threats to peaceful protests and freedom of association. Cases of increased office break–ins faced by NGOs and the media are particularly concerning.

On 2 February 2017, the offices of Legal Aid Service Providers Network (LASPNET), an umbrella organisation of legal aid service providers to the indigent persons in Uganda were broken into[4]. Two laptops, four camcorders, money and a safe were taken by the assailants. On 1 April 2017, offices of the Observer Newspaper were broken into by unknown assailants and close to 16 computers stolen and related valuable information hubs[5]. In Uganda’s CSO alternative report to the Human Rights Council, the need to conclusively investigate CSO break-ins was reiterated following close to 30 break-ins over the last 4 years. The government agreed to investigate the escalating trend but unfortunately to no avail. The failure to hold perpetrators to account hinders the work of civil society organisations and is a danger to the independence of the media.

It is also deeply concerning that HRDs seeking to report and document human rights violations, including academicians, journalists, and pro-democracy activists have their freedom of movement and access obstructed; freedoms of expression and association violated, and are further at risk of arrest and detention because of their legitimate work. HRDs have been targeted even with disciplinary and criminal investigations and sanctions for their human rights activities.

“We underscore the universality of human rights, including the right to participate in peaceful activities against violations of human rights and fundamental freedoms, and we call upon the State to protect human rights defenders working on human rights issues in Uganda,” the organisations said today.

The NCHRD-U and the Undersigned organisations, therefore call on the government: