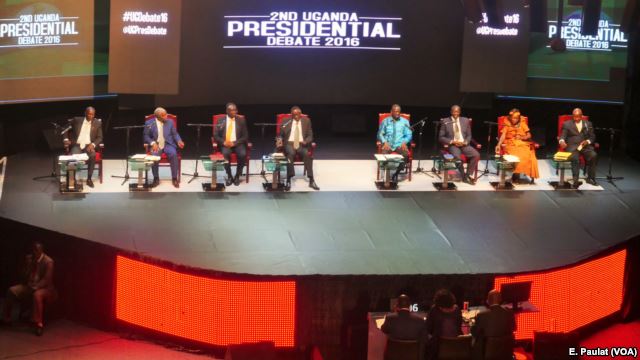 On 18 February 2016, Uganda will hold its general elections, the most highly contested polls since the country’s first presidential election in 1996. The incumbent President Yoweri Kaguta Museveni is running against his former allies, retired Dr. Colonel Kiiza Besigye of the Forum for Democratic Change (FDC) party and John Patrick Amama Mbabazi of the Go Forward party, among five other presidential aspirants.

The run up to the elections has been marked by a number of incidents indicating a restriction of the rights to freedom of peaceful assembly and association and freedom of expression, particularly for civil society, journalists and political opponents.

Civil society organisations monitoring the electoral process have been targeted in the process and labelled partisan.

On 27 November 2015, the Electoral Commission ordered the Citizen’s Coalition for Electoral Democracy in Uganda (CCEDU) to stop airing its Topowa, Honour Your Vote campaign message, which they accused of supporting the opposition. There are growing concerns that some of the provisions of the hastily adopted Non-Governmental Organisations Act, 2015 may be selectively applied to target civil society, especially during this period. For instance the ‘special obligations’ provision requires organisations to desist from engaging in any activities that are prejudicial to the broadly defined security interests of Uganda.

Throughout the election campaigns period, journalists have regularly been caught in the crossfire of the escalating political tension, with several attacks targeting critical reporting of the government and the electoral process. Human Rights Network for Journalists Uganda (HRNJ-Uganda) has documented over 40 elections-related abuses and violations committed against various media houses and independent journalists since the political campaigns begun.

On 9 February the NRM legal secretary petitioned the National Media Council accusing the Daily Monitor newspaper of false, reckless, and exaggerated reporting causing irreparable damage after the newspaper quoted opposition candidate Besigye alleging that the ruling party is the most corrupt government in Uganda’s history. Media coverage of sensitive and yet fundamental issues such as corruption, governance and high rates of unemployment has increasingly been met with crackdown.

On 15 February, three days before the election, protests broke out in parts of Kampala city as police battled with supporters of Dr.Besigye. The clash between the police and Besigye’s supporters resulted in the loss of one life. The military has been heavily involved in containing the situation, and the Chief of Defense Forces, General Katumba Wamala has affirmed that they will not hesitate to engage the army forces if there are threats to peace and security.

Elections periods, before, during and after elections, often represent challenging times for human rights defenders, particularly those working on civil and political rights, as well as civil society and journalists. The rights to freedom of expression and freedom of assembly and association remain the most infringed rights during this period, as has been extensively documented by more organisation. Our report on human rights defenders working on elections in Sudan, Ethiopia, Burundi and Uganda urges the government of Uganda to ratify and uphold the basic principles of the African Charter on Democracy, Elections and Good Governance, which include democratic rule, free and fair elections, and rule of law.

Uganda has key lessons to draw from countries in the sub-region that have recently concluded their elections. With only a day to the general elections I urge all Ugandans to cast their vote, and the authorities and all parties involved to respect the will of the people and their right to express their political opinions freely.

I wish you peaceful elections.