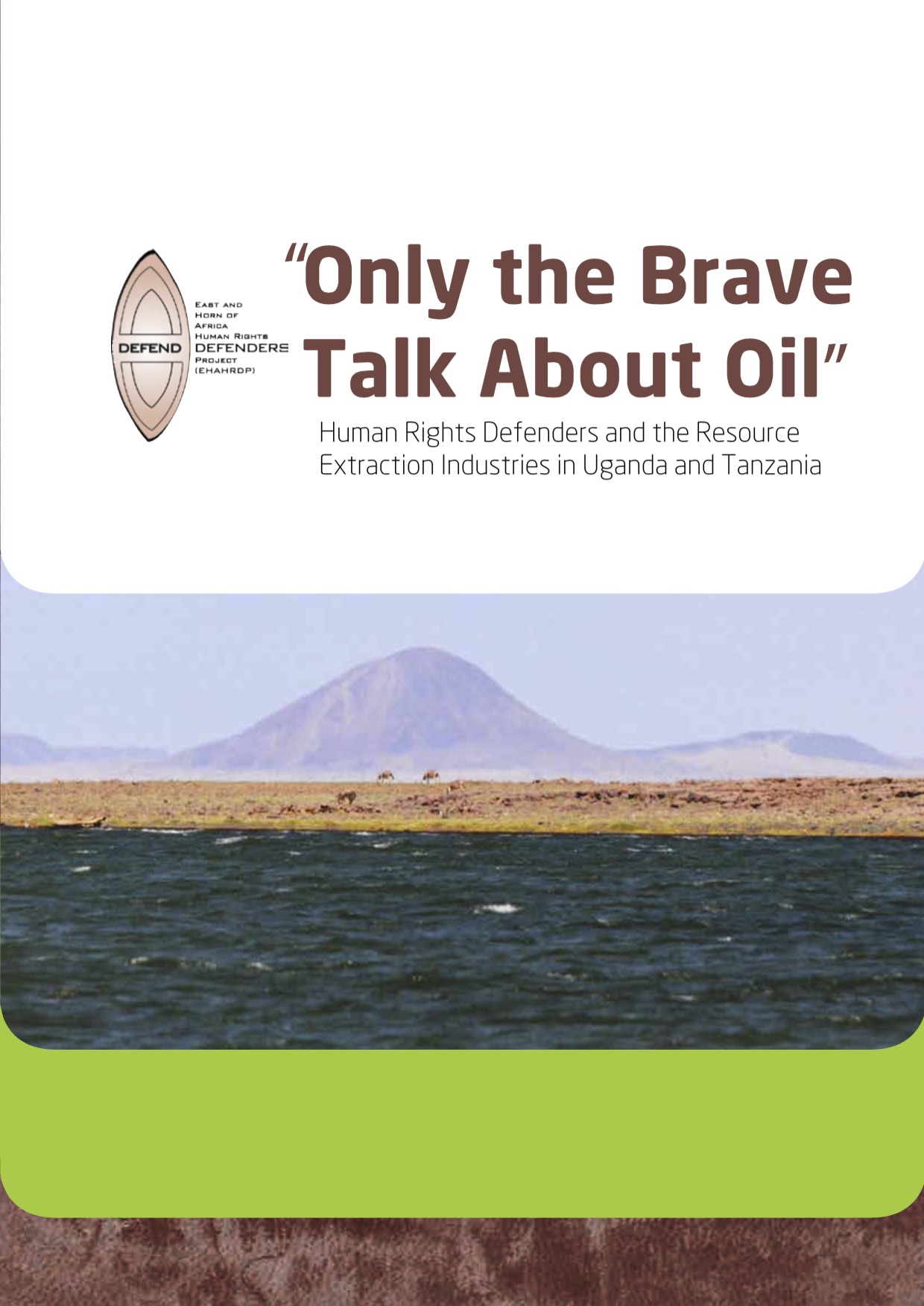 “Only the brave talk about oil”: Human Rights Defenders and the Resource Extraction Industries in Uganda and Tanzania” details incidents of harassment of human rights defenders as well as imposed restrictions on freedoms of association, expression, and access to information in the two East African nations.

Resource extraction by firms based in countries including Canada, the United Kingdom, and South Africa is increasing with oil, natural gas, and uranium finds, in addition to existing mineral exploitation, holding the potential  to turn the region into a global energy hub.  Yet human rights defenders conducting their work in the fields of environmental monitoring, community organisation, and national and local level policy advocacy are frequently frustrated in their efforts and also receive threats to their personal security.

“If these nations wish to exploit their resource endowments for the national good, they must recognize and support the vital role of human rights defenders,” said Hassan Shire Sheikh, Executive Director of EHAHRDP. “States and corporations must respect their obligations to protect the work of human rights defenders and prevent harassment or unnecessary restrictions on their work.”

“Yet as one human rights defender told us, ‘only the brave talk about oil’, and this sentiment reflects the hostile environment activists face in their attempt to effectively engage this important sector,” added Devin Holterman, the lead researcher on the report.

The report was launched in Dar es Salaam at Claiming Spaces: Tactical Tools for Human Rights Defenders, a weeklong forum for Tanzanian human rights defenders held in the run-up to Human Rights Day (10th December) and organized by EHAHRDP. The Forum was opened by the Swedish Political Secretary and the Finnish Ambassador to Tanzania, and was organized in coordination with the Tanzania Human Rights Defenders Coalition.

The East and Horn of Africa Human Rights Defenders Project is a Kampala-based organisation working since 2005 to protect and promote the work of human rights defenders in Burundi, Djibouti, Eritrea, Ethiopia, Kenya, Rwanda, South Sudan, Somalia (including Somaliland), Sudan, Tanzania, and Uganda.