This month, the East and Horn of Africa sub-region tragically lost some of their finest human rights defenders (HRDs). The killing of Almaas Elman, the outstanding Somali-Canadian activist, in Mogadishu on 20 November, shock us all. It was a brutal reminder of the dangers linked to protecting and promoting human rights in Somalia. Elman was a dear friend, of both DefendDefenders and I. Just a few hours earlier, Med Kaggwa, the Chairperson of the Uganda Human Rights Commission and the former Commissioner of African Commission on Human and Peoples’ Rights (ACHPR), passed away. Like Elman, Kaggwa was a dear friend. The work of Elman and Kaggwa shall not be in vain.

On 2 November 2019, we joined the world in marking the International Day to End Impunity for Crimes Against Journalists, and to call on governments to ensure justice for journalists and media workers. Journalists remain extremely vulnerable to risk in our sub-region – illustrated by the case of Erick Kabendera, a Tanzanian journalist whose case was postponed for the eighth time this month.

This month, we further raised concern over the disappointing voting record of Somalia at the UN Human Rights Council (HRC). In 2019, Somalia aligned its vote with some of the world’s worst human rights abusers. As we prepare for the upcoming HRC sessions in 2020, we hope that Somalia’s delegation to the HRC will treat human rights considerations as paramount when voting on amendments and resolutions, rather than privileging political consideration.

On a positive note, DefendDefenders will end our year by organising our flagship-event, Claiming Spaces: Tactical Tools for Human Rights Defenders, and celebrate the Human Rights Day, in Ethiopia, where we are honoured to invite around 60 HRDs, and representatives from civil society, diplomatic missions, and state institutions. However, I wish to raise concerns with the spats of ethnic violence occurring around the country, where at least 89 people have been killed. I appeal to all Ethiopians to stop this unnecessary violence.

Lastly, it is with great honour that I received an award from Réseau des Défenseurs des Droits Humains en Afrique Centrale (REDHAC) in Cameron, in celebration of their tenth anniversary. I wish to extend my heartfelt congratulations to REDHAC for their outstanding work over the past 10 years. 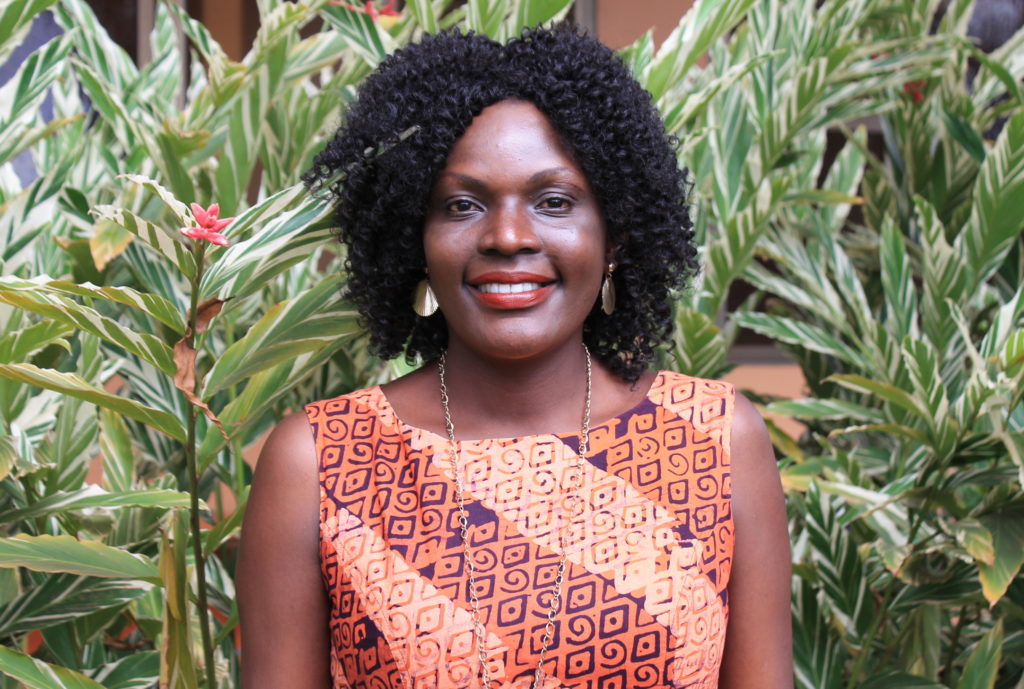 Brenda Kugonza has fought for women’s rights in Uganda for more than 13 years, and is currently the Executive Director of Women Human Rights Defenders Network-Uganda (WHRDN-U). As one of the network’s founding members, her goal is to raise awareness and knowledge about women’s struggles, especially sexual and gender-based violence (SGBV).“As a defender, you lose friends and family members – they don’t want to be associated with someone who brings them shame. We are viewed as women with bad manners and I struggle daily with discrimination,” she affirms.

WHRDN-U was born from a call by women human rights defenders (WHRDs) who felt they needed their own network to articulate their needs and protection strategies. In coming together, they “created a sense of sisterhood,” Kugonza stress. WHRDN-U is key in “promoting a holistic feminist protection approach for at-risk WHRDs. The network has given us hope,” she continues. Due to lack of financial resources, however, she is at times forced to use her own money to ensure the women are protected.

That DefendDefenders now has their Stand Up! Security Manual available in four Ugandan local languages? Check out the Stand-Up! in Acholi, Ateso, Luganda, and Runyakitara here.

Updates from the East and Horn of Africa sub-region: