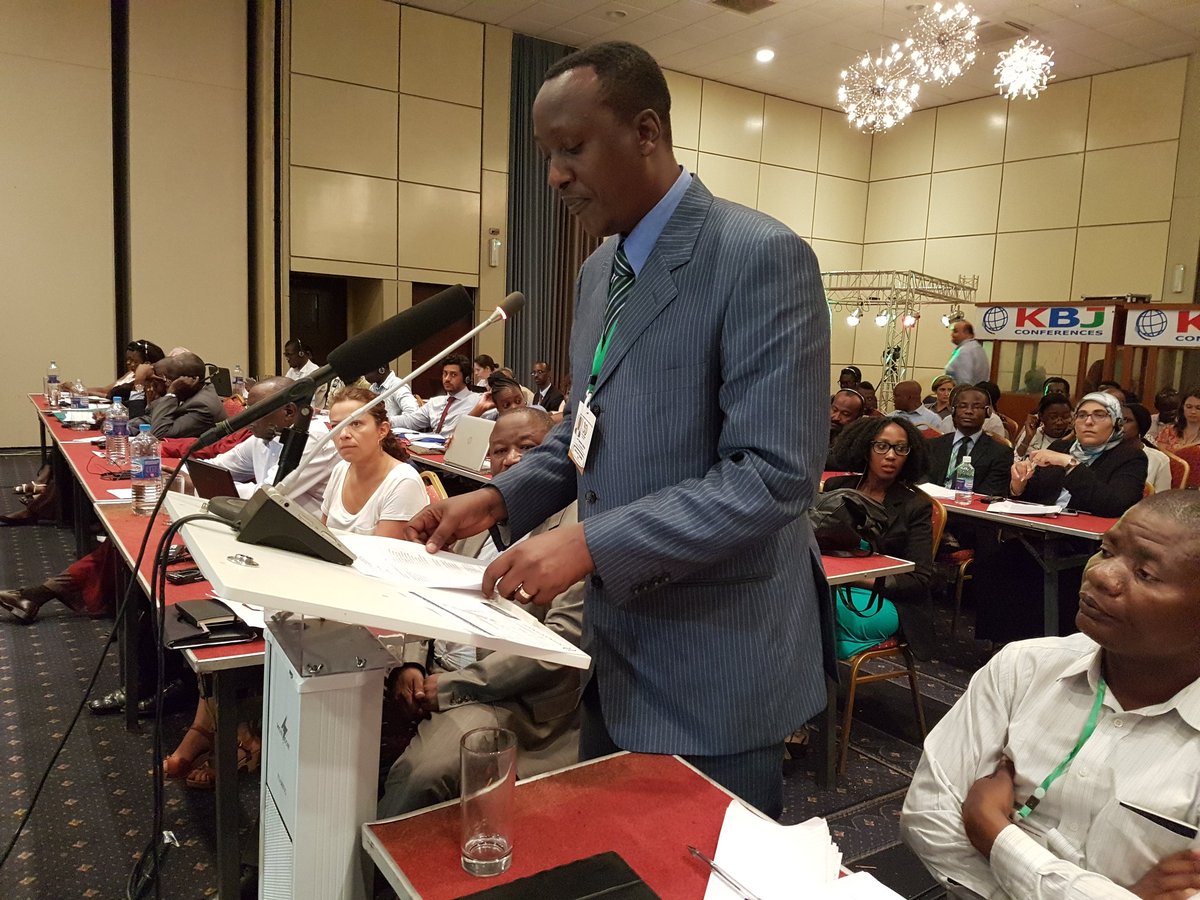 On behalf of DefendDefenders, I would like to congratulate the African Commission on its 30 years of existence. Resolutions and decisions by this Commission have grounded our work, guiding us and giving us legitimacy as African human rights defenders. Today, we believe more than ever that there can be strong African consensus on the fundamental necessity to promote and respect human rights. The adoption of Guidelines on Freedom of Association and Peaceful Assembly (Niamey, Niger, 2017) represent a major achievement, and we recommend states to implement them, particularly given the crackdowns we have experienced in the context of elections. We also urge the Commission to maintain and strengthen its independent and unique voice on the continent. Its decision to adopt a resolution condemning violence and discrimination against gay, lesbian, bisexual and transgender persons (Luanda, Angola, 2014), and to grant observer status to the Coalition of African Lesbians are examples of its unwavering commitment to protect every individual’s human rights.

However, as we celebrate this milestone, the human rights situation for many in the East and Horn of Africa remains extremely grave and needs the attention of the Commission.

Burundi stands accused of crimes against humanity by an UN Commission of Inquiry, and refuses any meaningful cooperation with international human rights mechanisms to bring an end to the violations, and take steps toward accountability. The Commission has a decisive role to play in urging Burundi to engage in a significant way with the regional dialogue and encourage the African Union to start taking steps towards establishing an accountability mechanism.

Violence in South Sudan has now displaced over 4 million people. The few human rights defenders that remain risk their lives as they attempt to document the widespread human rights violations. The African Union has been at the forefront of peace negotiations and we urge the Commission to conduct a fact-finding mission to make recommendations on the next steps for establishing the Hybrid Court and further transitional justice.

After the UN Commission of Inquiry on Eritrea concluded that there are reasonable grounds to believe crimes against humanity have been, and continue to be committed, no meaningful steps have been taken toward ensuring future accountability. The fate of many of the prominent politicians and journalists arrested in 2001 remains unknown, as it has been for the past 16 years.

The Commission should urge the African Union to refer Eritrea to the Executive Council for its failure to cooperate with decisions and resolutions adopted by the Commission.

Tanzanian authorities are increasingly intolerant of critical voices. In the last six months, several newspapers have been suspended. At least three human rights defenders are now facing spurious charges, burdening them with high legal costs. Meanwhile, the LGTBI-community has been repeatedly and publicly threatened by prominent politicians.

At least 22 activists have been arrested in the last 6 months.

Madame Chairperson, I would like to reiterate our support and congratulations for the major achievements you and your colleagues have worked towards these last 30 years. We hope that the next 30 years of the Commission will see it play an increasingly important role in addressing human rights crises across the continent as a strong and independent body. We urge all states to engage with the Commission in a meaningful way and to work on implementing its guidelines, decisions and recommendations, and honour their commitment to the African Charter.