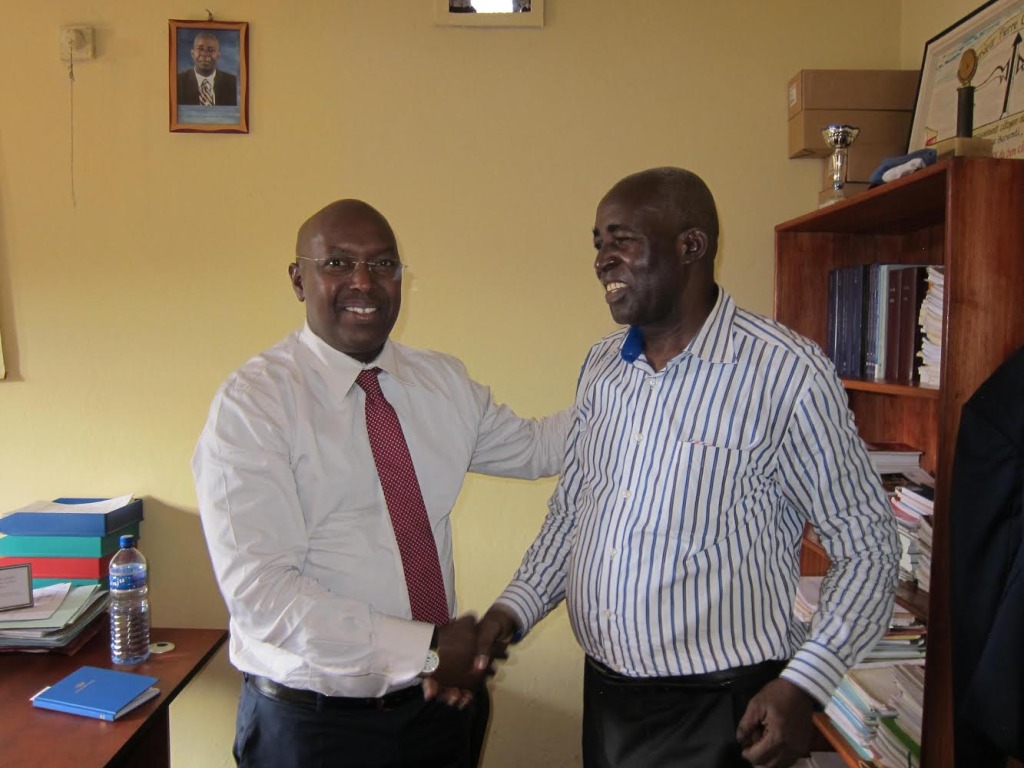 Next month, the East and Horn of Africa Human Rights Defenders Project (EHAHRDP) is honoured to be holding its flagship capacity building event in Bujumbura. This years’ event will celebrate the critical work of human rights defenders across the country, and provide an opportunity to engage with the government and other national and international stakeholders on strengthening protection mechanisms for human rights defenders.

Now in its fourth year, “Claiming Spaces: Strategic Tools for Human Rights Defenders” has previously been organised in Uganda, Tanzania and South Sudan. This years’ event aims to celebrate the recent accomplishments of the human rights community in Burundi, examine achievements, and assess current and future challenges.

In advance of Claiming Spaces, I conducted a mission to Burundi at the beginning of this month to meet with key stakeholders and partners on the ground, and to assess the current environment for the human rights defender community. On my first day in Burundi, I met with Pierre Claver Mbonimpa of ‘Association Burundaise pour la Protection des Droits Humains et des Personnes Détenues’ (APRODH). 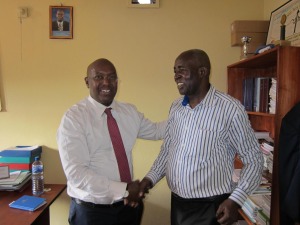 Pierre-Claver Mbonimpa is an ‘elder statesman’ within Burundi’s human rights community, and is one of the bravest and most principled activists working to uphold human rights in the country. He is the President of APRODH, an association founded in 2000 to protect human rights, and particularly the rights of detainees. It was a great privilege to once again meet this award winning human rights defender.

Pierre Claver Mbonimpa was arrested and detained in May 2014, on charges that were widely condemned as being untenable by a wide spectrum of human rights groups. His ill-health while he was being held in Mbimpa Central Prison of Bujumbura was of great concern to my team and myself, and we will continue to support him throughout the rest of his trial. EHAHRDP is proud to have supported the Green Friday campaign, which alongside the advocacy and campaigning efforts of the national and international human rights community contributed to him being released from prison in September 2014.

I was also able to meet with other members of civil society, who gave a warm welcome and told me of their current challenges. In a series of frank and constructive meetings, I was able to discuss the current operating environment in the country, and the valuable work being conducted by civil society activists, journalists, and other human rights defenders.

In addition to connecting directly with human rights defenders, I also met with a number of the key national and international partners who will be joining us in December 2014 at “Claiming Spaces”. I was honoured to meet with Mr Patrick Spirlet, Chief of Delegation and Ambassador to the European Union, and Fr. Emmanuel Ntakarutimana, President of the highly esteemed National Independent Commission for Human Rights. 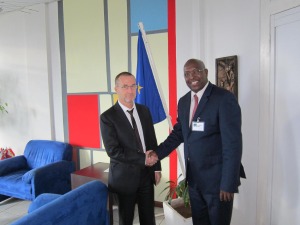 The EU has been a key ally of EHAHRDP across all of the countries in which we operate over the course of many years. Their assistance has consistently had a real and direct impact on the situation of human rights defenders on the ground. I was delighted to discuss with Mr Spirlet a number of lessons that the EU can apply in Burundi from other countries in the region. Ina number of countries in this region, the EU has developed local strategies to ensure the implementation of the EU Guidelines on Human Rights Defenders, and I would welcome robust moves to do the same in Burundi.

“Claiming Spaces” will be greatly enhanced by Mr Spirlet joining EHAHRDP as a keynote speaker on our opening day.

I also met with Fr. Emmanuel Ntakarutimana, and was very much impressed by the progress made by the National Independent Commission for Human Rights since it was set up three years ago. 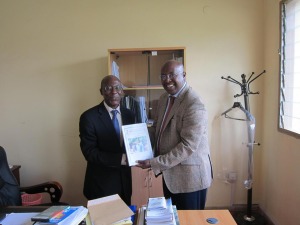 In July 2011, I participated in an informal visit to Burundi by the African Commission’s Special Rapporteur on the situation of human rights defenders in Africa, co-organised by the International Service for Human Rights and FORSC (EHAHRD-Net’s country focal point in Burundi). Along with Commissioner Lucy Asuagbor, I met witha range of civil society groups and representatives, as well as members of the newly appointed national human rights commission and the Minister of Interior.

Since I last met with Fr. Ntakarutimana, I was struck by the dedication and persistence of him and his team, in the context of a generally worsening human rights situation in Burundi. I congratulated Fr. Emmanuel Ntakarutimana and his team for the hard work they have put into the Commission, and in particular for the publication of its latest report in June 2014. I am pleased to announce that Fr. Ntakarutimana will also be present at “Claiming Spaces” as our esteemed guest participating in a panel discussion alongside members of government and civil society. 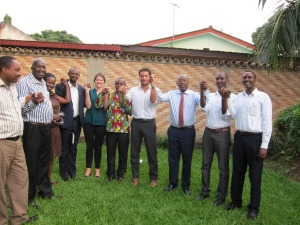