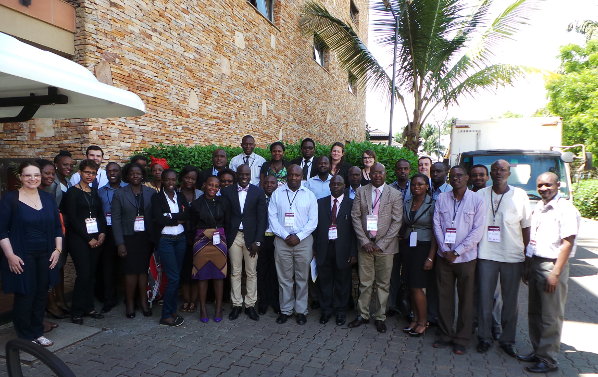 Declaration of the EHAHRD-Net during its 4th Focal Point Meeting

Declaration of the East and Horn of Africa Human Rights Defenders Network during its 4th Focal Point Meeting held on 5th and 6th May 2014 at the Speke Resort Munyonyo, Kampala, Uganda

Having considered reports on the situation for human rights defenders in each country of the sub-region, namely Burundi, Djibouti, Eritrea, Ethiopia, Kenya, Rwanda, Somalia (and Somaliland), South Sudan, Sudan, Tanzania and Uganda;

Concerned about the escalating threats and challenges that human rights defenders operating in the sub-region continue to face,including in particular the use of legislative measures to restrict the work of human rights defenders, and their freedom of assembly, association and expression;

Deeply concerned about judicial and other forms of harassment against numerous human rights organisations in the sub-region, including a number of EHAHRD-Net members;

Further concerned about reports of reprisals against human rights defenders globally for their engagement with regional and international human rights mechanisms including the United Nations Human Rights Council and the African Commission on Human and Peoples’ Rights;

Deeply concerned by the ongoing armed conflicts in Somalia, Sudan and South Sudan; the recent arrest and detention of nine human rights defenders in Ethiopia for exercising their rights to freedom of expression and association; escalating political tensions and political violence in Burundi; ongoing egregious human rights violations in Eritrea including the continued incommunicado detention of many journalists; and attempts by states across the sub-region to limit the space for civil society through legislative means and misuse of technology to unlawfully intercept private communications;

Further Concerned by ongoing attempts by states across the sub-region to place unwarranted limitations on fundamental rights protected under the African Charter, including in particular freedoms of expression, assembly, and association, in the context of forthcoming planned elections in Burundi, Ethiopia, South Sudan, Tanzania and Uganda;

The focal point representatives of the East and Horn of Africa Human Rights Defenders Network: