Defender of the month: Dinah Nakuwa 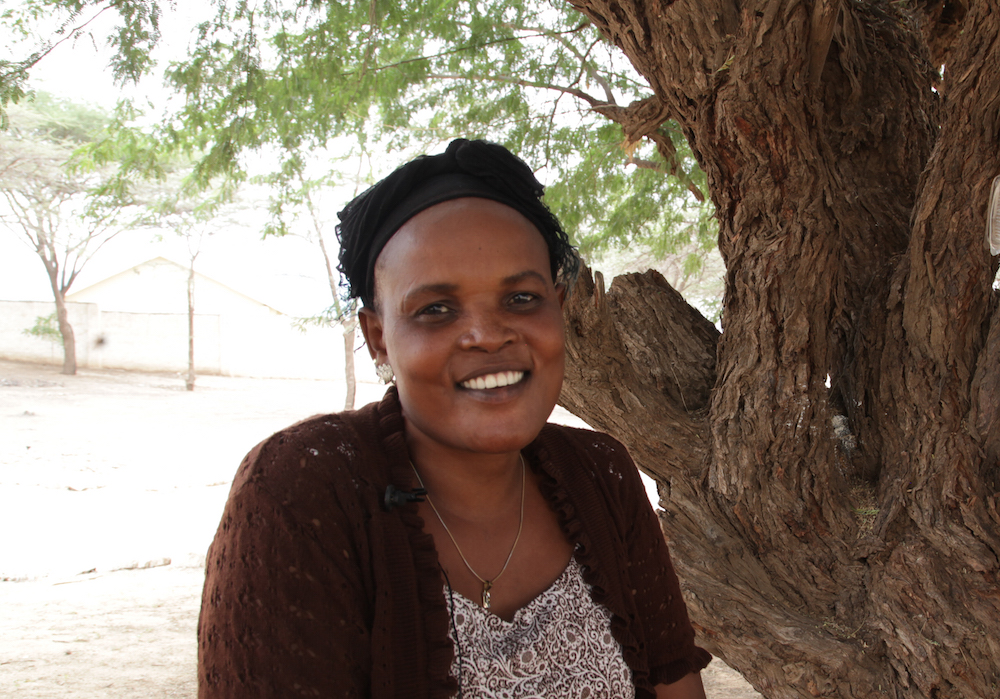 Dinah Nakuwa works with the Loima Women Empowerment Initiative (LOWEI), a small organisation of some 60 women founded in 2010 to address social issues in the Turkana region of Northern Kenya. In this arid hinterland, geographically and traditionally on the fringes of Kenyan politics, civil society organisations are predominantly community-based and male dominated – Nakuwa and the women of LOWEI seek to change that.

“Culture is really an imbalance to women participation here. A woman is not supposed to participate in public when men are there,” she says. “When men see learned women or a girl in a leadership position, they know they’re coming to defend women at the grassroots. They see this as an unwanted challenge.”

Small conflicts and livestock raiding remain major sources of conflict in the region. Yet, despite often bearing the brunt of these tribal clashes, women are rarely involved in processes of peace or reconciliation. LOWEI seeks to train women in conflict resolution, acting as peace agents between warring factions through community dialogue and traditional methods of mediation.

“Culture is really an imbalance to women participation here. A woman is not supposed to participate in public when men are there. When men see learned women or a girl in a leadership position, they know they’re coming to defend women at the grassroots. They see this as an unwanted challenge.”

“Women are not involved in peacebuilding in pastoralist communities – the men will say that women cannot even defend themselves,” says Nakuwa. “But it is only women that can make men go through with peace.” Issues over land in the region are not always based on external conflict, but often initiated within families and clans, making them difficult to arbitrate. Since inheritance laws in Kenya are based in both customary and national law, land rights for women remain a major unaddressed issue. Nakuwa says that widows are often chased off their late husband’s land by his family, even if they have children and legitimate claims on property.

LOWEI also supports education for girls, notably by conducting research into why child marriage remains prominent, and how to stop them in the first place. Nakuwa says that creating a network of empowered women throughout the county has helped reporting and monitoring of incidents related to domestic violence. However, these actions often lead women human rights defenders (WHRDs) to receive threats of violence.

Nakuwa says that WHRDs are often stigmatised, even by their own families, who fear that their activities might get in the way of their domestic activities: “the domestic social sphere has not yet adjusted to women’s roles in human rights defence.”

“Women are not involved in peacebuilding in pastoralist communities – the men will say that women cannot even defend themselves. But it is only women that can make men go through with peace.”

Ultimately Nakuwa and LOWEI seek to create community-based solutions to greater social issues by focusing on the role women can play in peace making and advocating for children. Through cross-border peace initiatives, they hope to work with other grassroots WHRDs to promote lasting peace in a region beleaguered by avoidable conflict.

“My role is to make sure local women have identified their role in the community and have the help they need. If these women can be given a chance, they can be change agents and make the community grow,” she says. “When there is peace, there is development.”