Defender of the month: James Rukampena 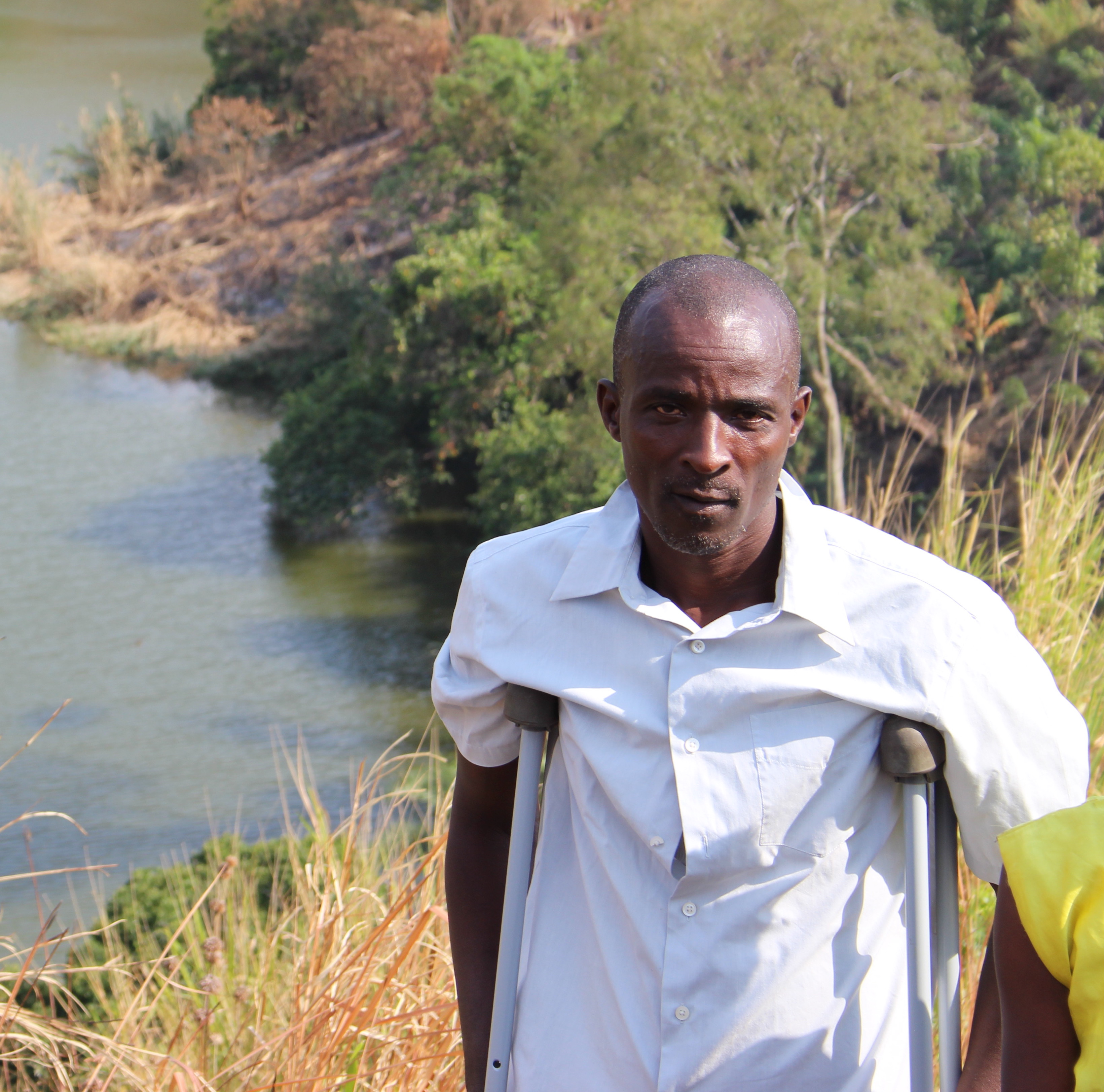 50 year-old James Rukampena is a Ugandan human rights defender who advocates for the rights of rural local communities in Kabarole District, Western Uganda, to access their natural resources.

Until 2015, Rukampena lived off farming the land surrounding Mwitampungu Lake, one of the many crater lakes in the hilly region of Western Uganda, used by local communities for fishing and drinking water. However, that year, privately owned Ferdsult Engineering Services Limited acquired exclusive access to twenty lakes in Kabarole District. This agreement with district authorities was executed without consultation from local communities whose livelihood depends on the adjacent lakes.

The news that a company whose portfolio includes electrical engineering and eco-tourism would be restocking fish in the lakes initially created hope among local villagers that the area would be developed in their favour  – but these expectations were short-lived. Locals were barred from fishing in the lakes, and their access was limited by private security forces. Rukampena recognised the situation as an infringement on the rights of the local communities and stood up to voice his concerns. “I became active when, to my surprise, Ferdsult did not do what it had promised and started simply chasing out people from the lakes. So I mobilised the local people and exposed the eviction of the communities from the lake,” he says.

With the support of the Twerwaneho Listeners Club (TLC), a local human rights organisation, Rukampena and other community representatives challenged the agreement in Court and mobilised locals to attend the court hearings and make their voices heard. Following these legal efforts, four other TLC members were arrested for “use of poison or explosive or electrical devices,” although these spurious charges were later dropped. 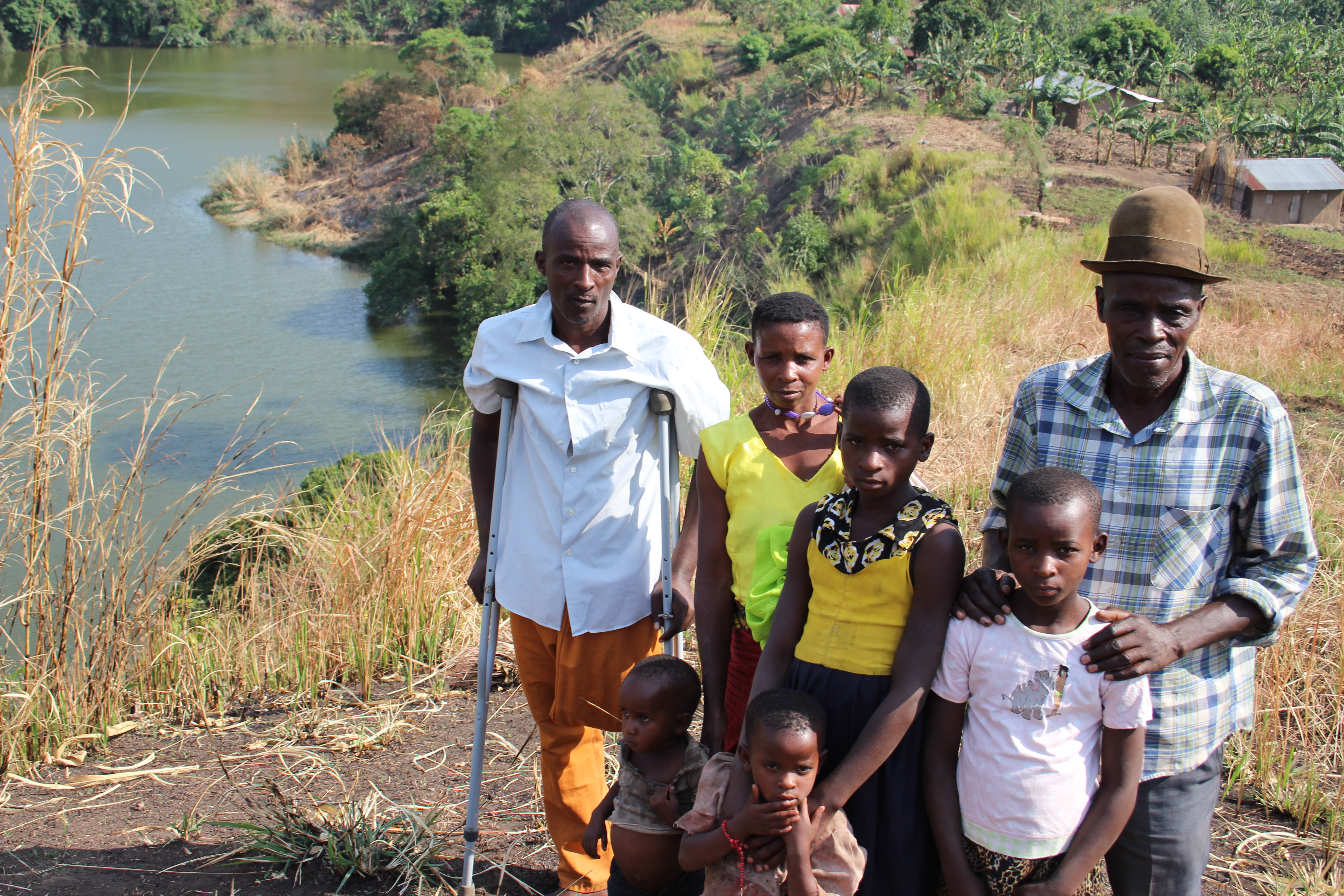 In June 2017, the company’s monopoly on the lakes was rescinded by a court order, but this was only a partial victory. As Ferdsult awaited decision on its appeal, it continued to operate in the area with the aid of a private security contractor, which often intimidated and harassed villagers. Fisherman have since regained access to the lakes, but the continued uncertainty means many fear what the future might bring.

On 12 September 2017, Rukampena was attacked by three security guards and shot in both legs at close range. As a result, his left leg was amputated, leaving him unable to continue the farming activities that provided the livelihood for his large family. Rukampena decided to initiate another legal battle against Ferdsult and its security contractor to seek compensation. The court process is still ongoing, and the company has allegedly attempted to conceal their culpability through continued intimidation of the local community. Rukampena nonetheless remains hopeful: “I have no fear because I am supported by organisations like TLC and DefendDefenders, and the case is moving forward. I think it will be a success.” For the moment, Ferdsult was forced to stop operations in the area.

Despite the lifelong mark left by the attack on his body and the uncertainty brought upon his family by his disability, Rukampena does not regret his activism. “What keeps me going and motivated to be an activist is that, thanks to the fact that I spoke out against the wrongs of Ferdsult, now things are normal. Even if I was injured, I know that if I had not spoken out, the company would still be here” he says.  “Activists who are in a similar situation as myself should persist and continue to fight for the rights of others, because, even when they will be gone, their children will enjoy the fruits they have left behind.”

Sandra Aceng is an outspoken and energetic woman human rights defender (WHRD). She is a gender and ICT researcher and policy analyst for Women of Uganda Network (WOUGNET) where she coordinates the Women ICT Advocacy Group, advocating for internet access for all. In addition, she writes on various platforms such as Global Voices, Freedom House, and Impakter Magazine. Her regular contributions to Wikimedia Uganda often focus on profiling WHRDs, female politicians, and journalists.

Chantal Mutamuriza does not wait for problems to be solved. When the Burundian woman human rights defender (WHRD) encounters a problem, she will seek a solution there and then. When hundreds of thousands Burundians had to flee from political unrest in 2015, many of them were stranded in refugee camps with little economic opportunity or access to education. In her problem-solving spirit, Chantal felt compelled to act: she quit her job to put her skills and network to use and founded the NGO Light For All.

Foni Joyce has engaged in humanitarian work since the age of 20, when she joined a refugee student organisation to amplify the voices of refugees. Originally from South Sudan, Foni grew up as a refugee in Nairobi, Kenya, but she makes it clear that ‘refugee’ is merely a legal definition: “I firstly define myself as a human being who has been uprooted.”

Meskerem Geset Techane has fought injustice since she can remember: as a child she was known to stand up for herself and others, whether against bullies, teachers, her parents or church. Fighting injustice and promoting human rights is a common theme in the lawyer’s life. “It’s a passion, promoting human rights is not something you choose to do for a living or as a career opportunity. It’s more of a calling for me.”

Protecting human rights is Onesmo Olengurumwa’s passion. When his secondary school lacked access to water and was threatened with closure, Onesmo successfully rallied his fellow students together and protested for their right to education. While at university, he was the human rights association’s president. Becoming a human rights defender was not really a conscious choice, but just the natural course of Onesmo’s life.