Defender of the month: Mohamed Farah 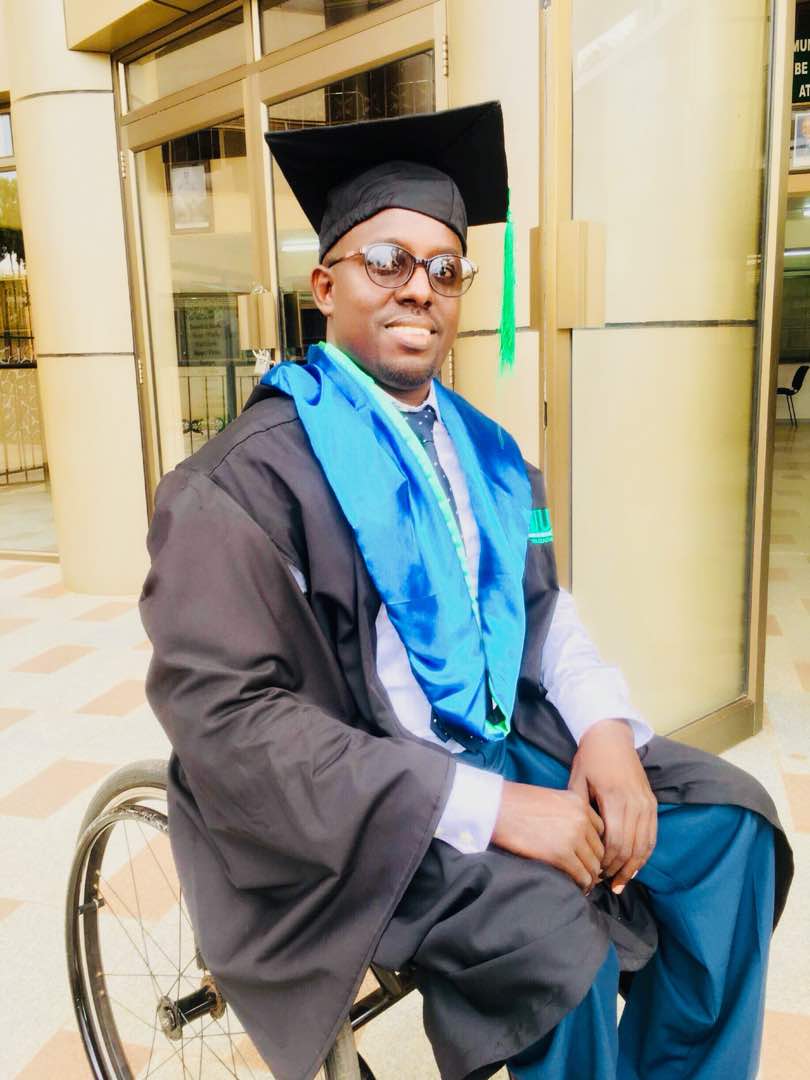 Mohamed Farah, 34, is a Somali human rights defender (HRD). He is the founder and chairperson of the Somali Disability Empowerment Network (SODEN).

In addition to his work with the Somali Coalition of Human Rights Defenders as a steering committee member and Disabled Peoples’ International, Farah advocates for people with disabilities who face serious discrimination.

“Persons with disabilities in Somalia, as in many other countries in the sub-region, face numerous challenges that result in their exclusion from mainstream of society, making it difficult for them to access their fundamental social, political, and economic rights,” he says. “Many make their way through life impoverished, abandoned, uneducated, malnourished, discriminated against, neglected, and vulnerable.”

At the age of three, Farah contracted polio, which left him permanently disabled. Somalia’s disabled population is estimated at 15 percent, due in large part to disease, malnourishment, and the effects of decades of civil war and conflict. In 2011 Farah founded SODEN with the aim of promoting and uplifting the rights of disabled people in Somalia. Since then, he has met with both the Somali Speaker of Parliament and the former President to discuss national disability legal frameworks and the protection of those with special needs in the country. A 2015 campaign he initiated called ‘Open the Door’ aimed at making all public buildings in the country wheelchair accessible.

“In most of Somalia and the sub-region, disabled people face huge discrimination against their fundamental rights,” Farah say. “The government must ensure the rights of marginalized people, including persons with disabilities, in order to break all barriers against them and allow them to become a part of the society.”

Farah says the issues plaguing the disabled are most pronounced when it comes to economic, physical, educational, and psychological challenges, which can result in a vicious cycle of poverty and lack of access to the overall benefits of development. He says that in addition to the social and cultural stigma surrounding disability in Somalia, he has also faced threats of violence from non-state actors like Al-Shabaab – in 2017, the group was responsible for the death of Ali Osman, a disabled elder and community leader.

“In Africa, disability is sometimes viewed as a spiritual curse, despite medial explanations,” Farah says. “Disabled persons suffer from psychological challenges due to the way society views them. Disabled people are even stigmatised when it comes to marriage.  Superstitious beliefs frown at marriages between an able-bodied and a disabled person. It is regarded as a bad omen by the family.”

In June 2018, with support from DefendDefenders and ProtectDefenders.eu, Farah graduated from Kampala International University with a Master of Arts in Human Rights and Development, as well as a newfound commitment to continue the struggle for equal rights in both Somalia and beyond.

“My new studies will give me courage and spirit,” he says. “I will redouble my advocacy efforts and continue fighting against human rights violators. I will promote the rights of neglected people including people with disabilities.”