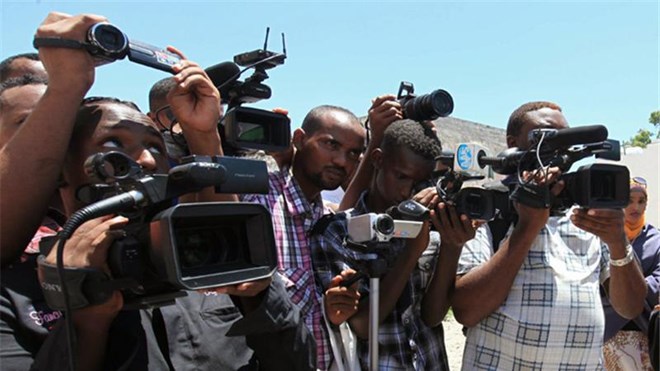 End impunity for crimes against journalists

That the world annually needs a special day to remind itself of the responsibility to end impunity for crimes against journalists is a stark reminder of our collective failure to protect journalists as integral members of our societies, said DefendDefenders today.

The UNESCO observatory of killed journalists notes that over 1200 journalists were killed around the world between 2006 and 2020, an average of about 86 journalists per year. And while killings are the most extreme form of threats journalists face, journalist and media censorship and suppression take several other forms, ranging from assaults, harassment, intimidation, arbitrary arrests, and detentions, to delicensing, among others.

These threats have gained more frequency and notoriety in the face of the COVID19 pandemic, with journalists targeted for daring to hold governments and law enforcement agencies accountable for their conduct in the enforcement of public health measures. A 2021 Press Freedom Index by Reporters Without Borders found that of the 180 countries it polled, 73% of them imposed some form of restrictions on journalists’ reporting.

Some of the notorious offenders in regard to the protection of journalists and ensuring a free press are to be found in the East and Horn of Africa, where majority of our focus countries are ranked NOT Free , by the global press freedom  monitor, Freedom House. From Eritrea to Ethiopia, Somalia to Burundi and Sudan, journalists have routinely been caught up in the crossfire of political conflict, with the price ranging from detentions without trial, to physical assault, to deportation for foreign reporters, among others. Eritrea scores lowest ranked at 180th position, while Ethiopia has the highest ranking in the sub-region at the 101st position.

While the crimes against journalists no doubt affect them individually, their long-term effect goes beyond their individual freedoms.  Many of these crimes remain judicially unresolved, sending a not-so-subtle message to perpetrators that they can commit more such crimes with impunity. The result is that journalists progressively prioritize safety over holding power accountable, shrinking the space for freedom of opinion and expression in the process.

The annual International Day to End Impunity for Crimes Against Journalists is therefore a clarion call to all authorities world over to allow journalists practice their trade without undue restriction and harassment. It seeks to challenge human rights defenders and law-enforcement agencies globally to hold those who trump journalists’ rights to account, as a critical first step towards protecting journalists and preserving the freedom of speech and expression.

“As the frontline defenders of the right to freedom of expression, enshrined in Article 19 of the Universal Declaration of Human Rights, journalists deserve our vigilant protection, because their suppression has a direct bearing on access to information and the vibrancy of civic space generally” says Hassan Shire, Executive Director DefendDefenders. “Judicial systems globally must therefore rise to deterrently prosecute crimes against journalists.”