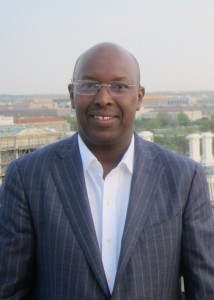 Season’s greetings from East and Horn of Africa Human Rights Defenders Project! The year 2012 has been a productive and eventful one at EHAHRDP, as I hope it has also been with you.

A major success in 2012 was the culmination of years of advocacy by EHAHRDP, network members and partners for greater attention to the serious violations in Eritrea with the establishment of a new UN Special Rapporteur on the human rights situation in Eritrea. After a concerted effort in the early part of the year, the UN Human Rights Council passed a strong resolution on Eritrea on 6th July 2012. The mandate holder Ms. Sheila Keetharuth started work on 1st November 2012 and her first report will be presented in June 2013.

The advocacy programme is also celebrating EHAHRDP being granted special consultative status with the Economic and Social Council of the United Nations. This status, more commonly known as “ECOSOC status”, will allow EHAHRDP and network members to deepen their engagement at the UN Level. We again take this opportunity to thank all those partners who gave and continue to give practical support to EHAHRDP to participate at the United Nations.

At the regional level, EHAHRDP is part of the advisory group for a study by the Special Rapporteur on HRDs of the African Commission on Human and Peoples’ Rights on the situation of women human rights defenders in Africa. We encourage our WHRD colleagues to share their experiences in the questionnaire to enrich the report’s findings. EHAHRDP has also participated this year in the freedom of association study group convened by the Special Rapporteur on HRDs.

In our continued support to enable human rights defenders continue their work we have extended both financial and technical support through our protection programme to over 120 defenders this year. Somalia, Sudan and South Sudan registered the highest number of requests for support. Dependent on an assessment of individual needs, the support extended included financial support for in-country relocation to safe places, legal support for defenders facing legal challenges resulting from their human rights work, medical support for defenders injured in the course of their work, as well as support in continuing with human rights work and meeting living costs while in exile.

In 2013, the protection programme will focus its efforts on ensuring that national-level protection efforts in the sub region are enhanced where they already exist and established in countries where they do not. There will also be enhanced collaboration with our sub-regional partners on protection issues under the Pan-African Human Rights Defenders Network.

EHAHRDP organized numerous workshops and seminars for human rights defenders around the sub-region on strategic advocacy; organizational and financial management; monitoring, documentation and research; and coalition-building.

An important event was the biannual focal point meeting, which set strategies and priorities for the work of the secretariat and amended the network plan of action. Two other highlights were the Journalists sub-regional conference held in November in Kampala and the second edition of “Claiming spaces: Tactical tools for Human Rights Defenders”, which took place in December in Dar es Salaam.

In response to the challenges facing human rights defenders engaging with the burgeoning natural resource sectors of East Africa, the research department published a report: ‘Only the Brave Talk About Oil’: Human Rights Defenders and the Resource Extraction Industries in Uganda and Tanzania. Launched in Dar es Salaam in December 2012, the report is based on interviews with nearly 40 HRDs in the two East African countries. With the growing oil and gas sector in Uganda and the strong mining economy of Tanzania, the report highlights the precarious position of HRDs attempting to promote national social gains and intergenerational equity for those whose lives are affected by resource extraction.

This year we also produced an updated, second edition of Defending Human Rights: A Resource Book for Human Rights Defenders  which has been translated and published in French, Swahili, Amharic, Arabic, Somali, and English and is available on EHAHRDP’s website.

The board of the Pan-African Human Rights Defenders Network (PAHRD-Net), tasked to monitor the implementation of Kampala Plan of Action, met twice in Banjul, the Gambia in April 2012 and in Kampala, Uganda in August 2012. The aim of their sessions was to bring together joint initiatives to guarantee that the activities of PAHRD-Net are implemented in a timely and professional manner in order to strengthen the efforts of sub-regional networks throughout the continent.

Among the highlights of the year was the launch of the Southern African Human Rights Defenders Network in September 2012. Its secretariat is hosted by the International Commission of Jurists in Johannesburg, South Africa. In another milestone, PAHRD-Net facilitated for the first time the participation of HRDs from the isolated African island states notably Comoros, Mauritius, Madagascar, Sao Tome and Principe, and Seychelles at the African Commission on Human and Peoples’ Rights. They joined with HRDs working in armed conflicts/post armed conflicts areas (Central African Republic, Cote d’Ivoire and Guinea Bissau) for an advocacy learning action run parallel with the NGO Forum and Commission session in October 2012.

On behalf of the entire EHAHRDP team, I would like to extend our sincere gratitude to all our partners who have supported us throughout the year. Our offices will be closed for the festive season from 17th December 2012 and will re open on 7th January 2013, although the emergency protection line will remain manned throughout.

I wish you happy holidays and a prosperous new year!