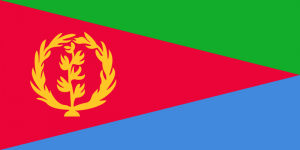 44 countries yesterday called on the Government of Eritrea to end its use of arbitrary detention and torture of its citizens. Christian Solidarity Worldwide, Human Rights Concern – Eritrea and the East and Horn of Africa Human Rights Defenders Project welcome this long overdue attention paid to the widespread and systematic human rights violations continuing in Eritrea for over a decade.

In a statement to the UN Human Rights Council, states from Africa, Asia, Caribbean, Europe, Latin America and North America expressed their concerns about the government’s refusal to hold national elections or allow opposition parties, independent media or international non-governmental organisations to operate; as well as the severe restrictions on freedom of religion and belief. The States also expressed concern about reports of inhumane prison conditions, disappearances, arbitrary detention and extrajudicial killings. The use of forced conscription into mandatory national service and the use of extortion to collect the 2% “diaspora tax” are also cause for concern.

In Eritrea there is no independent judicial process.  Unions cannot be formed; political parties cannot be created.  Citizens cannot protest peacefully and domestic human rights organisations do not exist.  Eritrea is ranked last of 179 countries by Reporters Without Borders because there is no press freedom.  All independent media organisations were closed in 2001 and their journalists and editors imprisoned.

Repression for any form of dissent is severe.  Thousands of Eritreans are detained arbitrarily for political purposes, suffering routine deprivation and torture.  An estimated 2-3,000 Christians alone are detained without trial inhumanely and indefinitely, including many from “approved” churches including Patriarch Antonios, head of the Orthodox Church. Army conscripts, including the under-aged, endure indefinite terms of service and face forced labour in development projects, farms, or the burgeoning mining sector.

The situation in Eritrea has direct and profound consequences for the region and for the wider international community. The thousands of Eritreans that flee their country on an annual basis should be of concern to the UN and the Member States that accommodate them.  The exodus also contributes to regional instability through trafficking and associated international crime.

To watch a video of the statement presented by the Ambassador of Somalia at the Human Rights Council, please see: