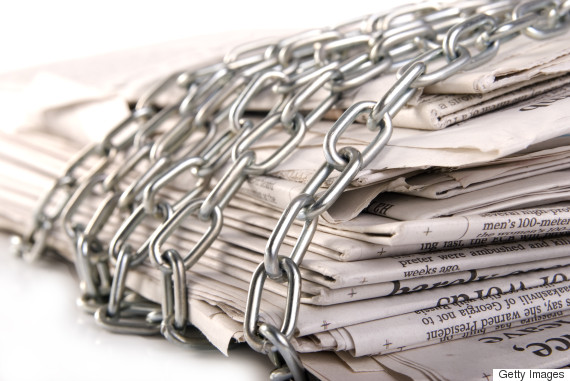 Hassan’s Blog: Free press at risk in the East and Horn of Africa

On World Press Freedom Day, I would like to take a moment to reflect on the ever-present and evolving threats facing journalists working in volatile political context, often thrust onto the front lines of human rights defence as they report on violations and abuses. While great strides have been made for and by journalists in the sub-region, recent indicators have signaled a worrying regression for reporters who play a critical role in growing societies by reporting on human rights violations and defending the right to access information.

According to Reporters Without Border (RSF)’s 2017 World Press Freedom Index, published last week, Burundi, Sudan, Djibouti, and Somalia remain some of the most closed and repressive environments for journalists and free media in the world. Overall, the report entitled “Tipping Point” outlines a worldwide pattern of attacks on the institutions and persons of press with impunity, with the situation worsening in nearly two third of the countries evaluated.

” Since the current political crisis erupted in April 2015, the country has cultivated a culture of fear and violence where journalists have become targets of security services for the critical role they play informing the population and the international community at large of the grave human rights violations taking place in the small Great Lakes country. While the country once boasted a strong network of independent radio stations, these have effectively been shut down and replaced with government mouthpieces that pay lip service to a state-sanctioned system of fear and political repression.
buy finasteride online www.bodybuildingestore.com/wp-content/themes/classic/inc/new/finasteride.html no prescription

Another disturbing trend we are monitoring closely this year is Tanzania’s growing intolerance of the media. The country dropped 12 rankings in this year’s RSF Index, which was largely attributed to the enactment of restrictive legislation – the Cyber Security Act, the Media Services Act, and the Statistics Act – president John Magufuli’s renowned intolerance for public criticism of his program. For example, on 17 March 2017, the Regional Commissioner for Dar es Salaam, Paul Makonda, accompanied by police officers, invaded Clouds Media Group, one of Tanzania’s leading media houses, and demanded that the staff broadcast pre-recorded material and threatened them with arbitrary imprisonment without due process if they refused. As a country we once hoped would set an example to the rest of the region, this downward spiral is both disappointing and concerning.

Freedom House stated in its 2017 Freedom of the Press report that “global press freedom declined to its lowest point in 13 years in 2016.” Today, none of the countries in the East and Horn of Africa sub-region are rated as “Free” in their rankings, and I am particularly concerned with Ethiopia’s noted use of recent political and social unrest as a pretext for new crackdowns on independent or opposition-oriented outlets and journalists. Partners report that 16 journalists are currently imprisoned in Ethiopia, seven of whom have been arrested since the State of Emergency was declared in October 2016.

In recent years, we have witnessed governments conduct ruthless and deliberate attacks against the media, especially in the context of escalating political crises or conflicts such as in Burundi and South Sudan.
buy temovate online www.bodybuildingestore.com/wp-content/themes/classic/inc/new/temovate.html no prescription

If drastic trends in press freedom serve as a bellwether for impending crises, these results could herald a downward spiral for the sub-region.

So on this World Press Freedom Day, we pledge our support for journalists and remember those who have sacrificed so much working for truth and transparency in the East and Horn of Africa. If democracy indeed dies in darkness, we will continue to fight for those who give a voice to the voiceless in times of great political and social change. More than ever, the region demands a strong and empowered free press to shed light on human rights abuses and hold those responsible to account.