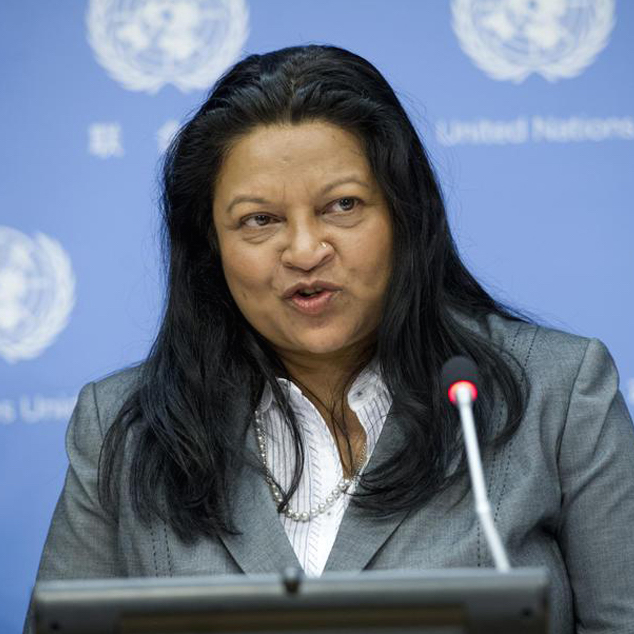 HRC34: Oral Intervention during Interactive Dialogue with the Special Rapporteur on Eritrea

Mr. President, on behalf of the East and Horn of Africa Human Rights Defenders Project and the Information Forum for Eritrea, I would like to thank the Special Rapporteur Mrs. Sheila Keetharuth for providing an update that reflects the reality in Eritrea today.

The Eritrean regime is about to celebrate its 24th year in power while the Eritrean population continues to suffer from grave human rights violations and lives in fear. Since the end of the mandate of the Commission of Inquiry, we have yet to see improvements in the lives of every day people. The terror and the abuse of power has weakened Eritrean society at its core, and according to Médecins Sans Frontières, fleeing Eritreans sustain severe scars, injuries and psychological damage.

Mr. President, in June last year Eritreans showed up en masse to demonstrate their support for the Commission of Inquiry in front of this very building. They have not been heard, the international community has failed to act in accordance with the gravity of the Commission of Inquiry’s report. A Government has been accused of committing crimes against humanity, and it is the duty of this Council and its members to ensure that the individuals responsible are prosecuted.

Finally, I urge the Eritrean government to act responsibly during this migratory crisis and substantially demonstrate political will to solve it by respecting and upholding the fundamental rights of its people and commit to the concrete improvement of its state institutions. Because today Mr. President, although they are well aware of the many dangers on the path to Europe and the tightening of European asylum policies, many young Eritreans still consider that their life is safer on rafts in the Mediterranean or in freezing camps in Europe than in their home country.