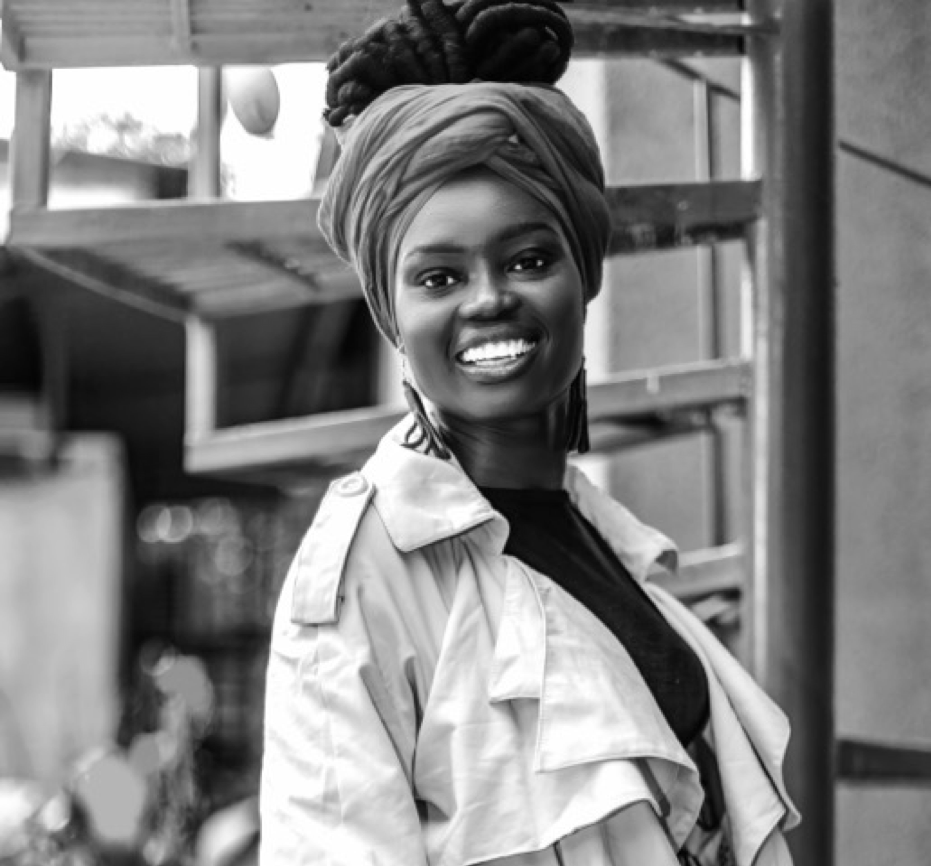 Aluel Atem is an ambitious woman activist from South Sudan who plays a vital role in the promotion of women’s rights in the country. However, life as an outspoken feminist in a patriarchal country is not a walk in the park. “It’s not only about being a female, but a young female. You get undermined for being a woman in all-man spaces, and for being young in older spaces,” Aluel explains.

To promote women’s rights amid the long-standing and brutal conflict, Aluel co-founded Crown the Woman, an organisation focusing on raising awareness about sexual and gender-based violence (SGBV), and fostering female leadership and mentorship for in South Sudan. She also represents South Sudanese Women at the Ceasefire and Transitional Security Arrangements Monitoring and Verification Mechanism (CTSAMVM) board.

“We’re not having constructive conversations about gender in South Sudan. Women get harassed and beaten for simply attempting to break away from the cycle. Information is key, and I think that’s something that’s lacking,” she says, while stressing that culture and norms are not valid justifications to treat women inhumanly

We’re not having constructive conversations about gender in South Sudan. Women get harassed and beaten for simply attempting to break away from the cycle. Information is key, and I think that’s something that’s lacking.

In 2017, she took part in the development of South Sudan’s National Action Plan 2030 on ending child, early, and forced marriage. The country was one of the 21 African countries which committed themselves to ending child marriage by 2030, in line with the Sustainable Development Goals (SDGs), when African Ministers of Education and Health gathered for a meeting in Cape Town, South Africa in 2013.

In addition to women’s rights, Aluel is passionate about boosting South Sudan’s young generation. She stresses that the unawareness of female role models damages young people, especially girls and young women. “We have a lot of influential South Sudanese women, but young women do not know about them because they are not documented and talked about often enough.”

South Sudan has signed many regional and international legal instruments relevant to women’s rights. Aluel highlights that regional and international bodies to put more pressure on the South Sudanese Government, using frameworks like the Convention on the Elimination of all Forms of Discrimination Against Women (CEDAW) and the UN Security Council Resolution 1325 among others. “The instruments have become a piece of paper. South Sudan should be held accountable for their violations.”

We have a lot of influential South Sudanese women, but young women do not know about them because they are not documented and talked about often enough.

In addition to her work at the national level, she is an active advocate at regional and international fora. In 2019, Aluel took part in the UN Human Rights Council session as one of DefendDefenders’ delegates, where she highlighted the human rights situation in her country. She trains globally on conflict and gender transformation skills.

“There’s an idea that people fighting for human rights shouldn’t be women, it’s like women’s rights and human rights are two different things. Once, in a high-level meeting where I challenged men on their attitudes and perceptions on women, a man later pulled me aside and said that ‘you are not married and you are young, so you don’t understand.’” She refers to a generational gap in South Sudan, whereas young people are excluded from peace and decision-making processes amid the transition. “People are not finding creative ways to include young people and bridge the age gap,” she says. “Young South Sudanese need mentorship and dialogue.”

As for what keeps her motivated, her reasons seem clear: “the women themselves! The energy that South Sudanese women have, the commitment they have, despite the situation, is a motivation. It’s so many women and young people working so hard every day, so I know that I’m not alone.”