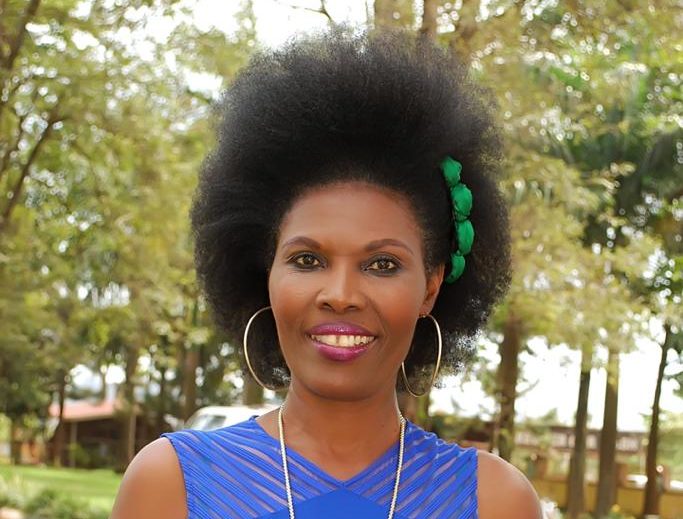 Chantal Mutamuriza does not wait for problems to be solved. When the Burundian woman human rights defender (WHRD) encounters a problem, she will seek a solution there and then. When hundreds of thousands Burundians had to flee from political unrest in 2015, many of them were stranded in refugee camps with little economic opportunity or access to education. In her problem-solving spirit, Chantal felt compelled to act: she quit her job to put her skills and network to use and founded the NGO Light For All.

She had previously gained experiences with high-level human rights mechanisms in Burundi, the Gambia, Geneva, and Mali, but always felt that the mainstream human rights mandate is missing something. “Humanitarian NGOs’ interventions are focused on emergencies. It creates a system where refugees have to keep begging. They don’t die, but they also can’t move on. And without economic autonomy, it is impossible for them to defend their rights,” says Chantal. So, she founded Light For All to tackle the issue of economic resilience and livelihoods amongst Burundian refugee women and youth in Uganda.

Humanitarian NGOs’ interventions are focused on emergencies. It creates a system where refugees have to keep begging. They don’t die, but they also can’t move on. And without economic autonomy, it is impossible for them to defend their rights.

Light For All aims to foster economic resilience and independence by supporting refugee women in finding sustainable income opportunities. Additionally, with its ‘No Child Left Behind’ initiative, Light For All sponsors refugee children’s education, as many of them cannot afford school fees. According to Chantal, out-of-school children are often exposed to dangers like alcohol and drugs. Sponsoring them to go to school decreases those dangers and will help them become economically resilient in the future. Light For All strives to avoid these children becoming a lost generation, she explains.

The topic of economic resilience also affects Light For All itself – as a young human rights NGO working outside the mainstream, which usually focuses on monitoring or advocacy, it can be difficult to find funding for topics like economic resilience, education or psycho-social support. “Working in exile is one of the main challenges. I started an NGO in Uganda, a huge country. In Burundi I knew almost everybody, but here it is much more difficult to network. That also makes it harder to find partners and donors,” Chantal says.

It is unacceptable that this has been going on for six years. Burundi is a forgotten crisis, it’s the least-funded humanitarian crisis in the world. The government says the situation changed, but it hasn’t. Some refugees go back and get killed or raped.

Chantal left Burundi fourteen years ago for an employment opportunity with the International Service for Human Rights in Geneva, but in the meantime her choice to work abroad has become semi-voluntary. Like so many WHRDs, she has been the victim of online sexist smear campaigns aiming to delegitimise her reputation and her work. When the UN Commission of Inquiry on Burundi released its first report in 2017, Chantal woke up to 2000 hateful tweets. She suspects the proxy accounts are affiliated to members of the ruling party, thus it would probably not be safe for her to return to Burundi. She has not been to her home country in years, just like hundreds of other Burundian HRDs and journalists, who continue having to operate from outside the country. “It is unacceptable that this has been going on for six years. Burundi is a forgotten crisis, it’s the least-funded humanitarian crisis in the world. The government says the situation changed, but it hasn’t. Some refugees go back and get killed or raped.”

Chantal is convinced that change and progress are possible in Burundi. She calls on the international community to put the country back in the spotlight and foster positive and constructive dialogue. Until then, she will continue to focus on the problem in front of her and promote dignified livelihoods of women, youth, and children refugees in Uganda.