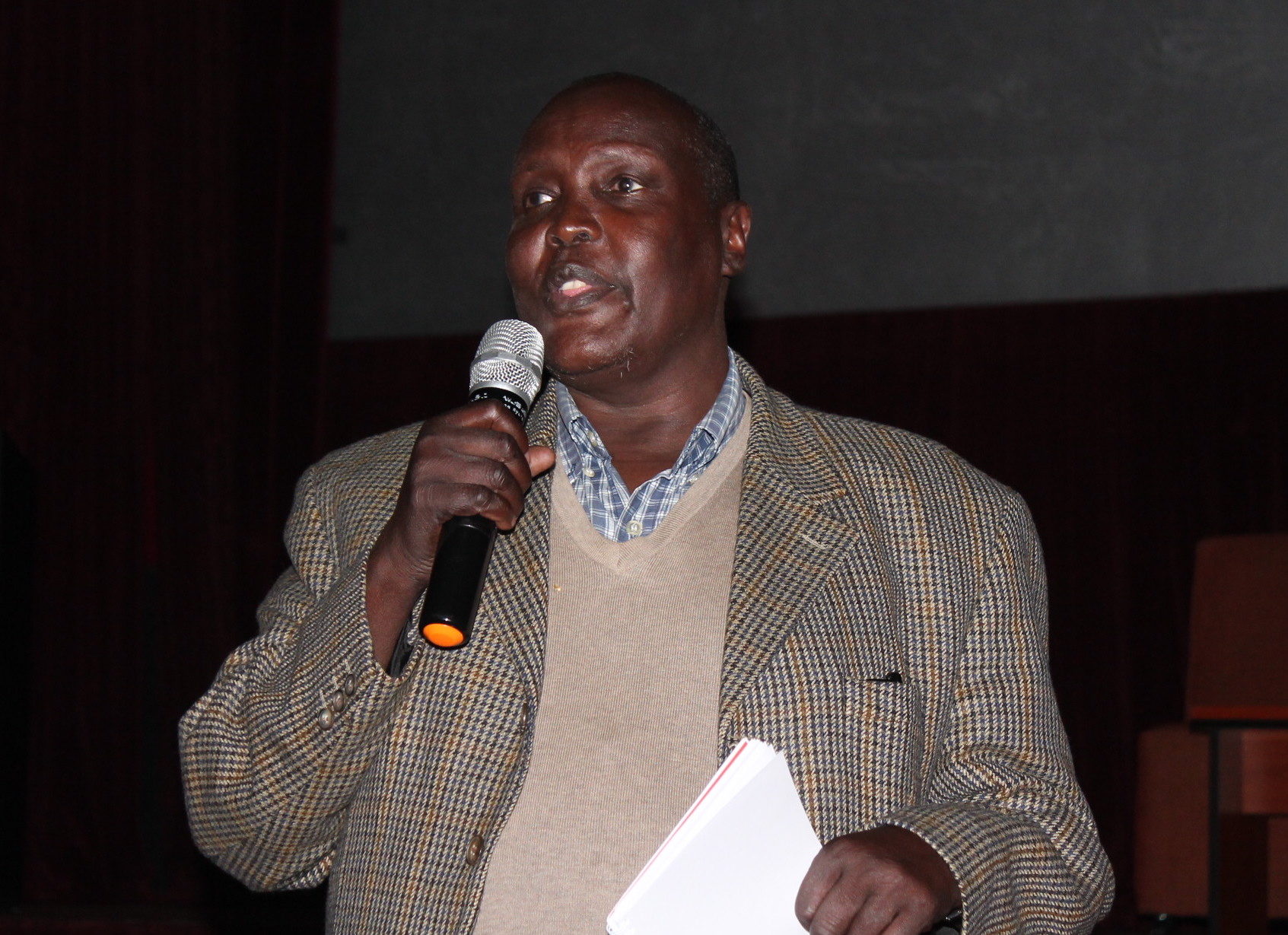 In Ethiopia, land grabbing and villagisation has resulted in severe human rights abuses, however, being vocal about these abuses can be extremely risky. Omot Agwa Okwoy, our human rights defender of the month for December 2019, has fought for land rights and the rights of indigenous people in the Gambella region in Ethiopia for almost 20 years – leaving him with visible and invisible scars. “If you commit yourself to good things, you will make it. But if you don’t want to do it, that’s fine too, you should not be forced. Human rights work starts as an internal motivation,” Omot states.

Omot is a living testimony of the gruesome massacre that took place in the Gambella region in December 2003. The massacre, carried out by Ethiopian National Defense Force (ENDF), killed about 400 Anuak people, destroyed over 1,000 homes, and forced thousands of Anuaks to seek safety in refugee camps in Uganda, South Sudan, and Kenya. For three days, Omot was forced to hide in his house without food, water, and contact with the outside world. “They burned houses, they raped women. The town was filled with gunshots,” Omot recalls.

“If you commit yourself to good things, you will make it. But if you don’t want to do it, that’s fine too, you should not be forced. Human rights work starts as an internal motivation.”

As an Anuak himself, the massacre manifested his incentive to continue to fight for human rights. “I refused to run. I wanted to make sure that the massacre was heard in the world,” Omot says. “I started writing the names of the people who died, and I kept this document very safe – they would kill me if they found it.”

His human rights devotion made him a target. “People from the federal government kept following me. When you are looking for someone like me, it’s because you want to arrest me. But I made it clear to them: if you arrest me, if I die, you will be the one responsible.” In his fight for Anuaks’ justice, Omot was an interpreter in the World Bank Inspection Panel in 2014, which investigated a complaint submitted by the Anuak in relation to their displacement.

In March 2015, Omot was arrested by Ethiopian security agents at Bole International Airport in Addis Ababa, and charged under the previous Ethiopian Anti-Terrorism Proclamation, facing 14 years to lifetime in prison. “They said they would bring my family back – what had my family done! They said we know where they are.” His fight for human rights cost him two and a half years in prison. He was given a bail of 50,000 Birr (about 1550 USD) but was not allowed to leave the country until his charges were dropped in 2018.

“I refused to run. I wanted to make sure that the massacre was heard in the world. I started writing the names of the people who died, and I kept this document very safe – they would kill me if they found it.”

Before the massacre, Omot was elected the first President of the Church of Gambella, a position he held for four years. As the president, he initiated peace talks between the Anuak and the Nuer to end the longstanding conflict between two groups – an event which brought together more than 5,000 people for a peace conference, in addition to initiating several trainings for the two groups. “I said: guys, let’s have a meeting – we are human beings, let’s not kill each other,” he recollects. At the time of the massacre in 2003, the Nuer were not part in the killing, and Omot states that “if it was not for the trainings, the Nuer could have joined the killing of the Anuaks.”

For years, Omot has worked as a park protector in Gambella’s national park, advocating against land grabbing, deforestation, poaching, illegal logging, as well as foreign investment – which largely threaten the parks’ biodiversity and the livelihood of local people. He is committed to continuing his human rights work. “I need to train young people in human rights, because tomorrow when I am not there, they need to continue the work,” he says.